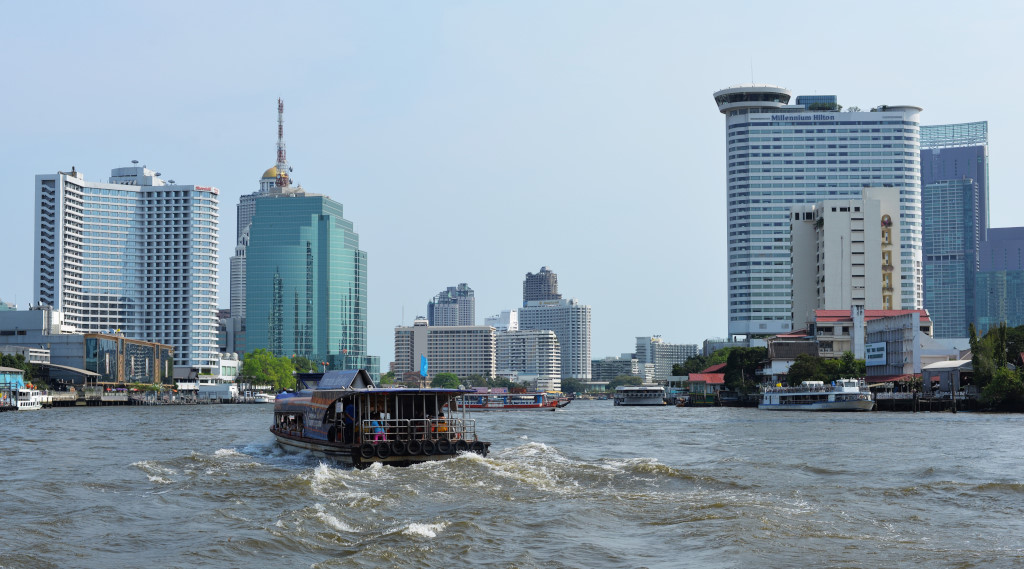 The Air Asia flight to Bangkok is vaguely bumpy at times, but really quite smooth in the scheme of things. Considering how short the flight is, it would be hard to get too panicked to begin with. A sea of small cumulus clouds is sprayed across the palette we slowly glide over, the land below largely indiscernible. Then we are already descending into the Bangkok area and the sprawling developments that define the capital region. The plane touches down on the runway at Don Maung airport, and soon we are pulling into our gate amidst a row of other Thai AirAsia Airbus A320 jets. 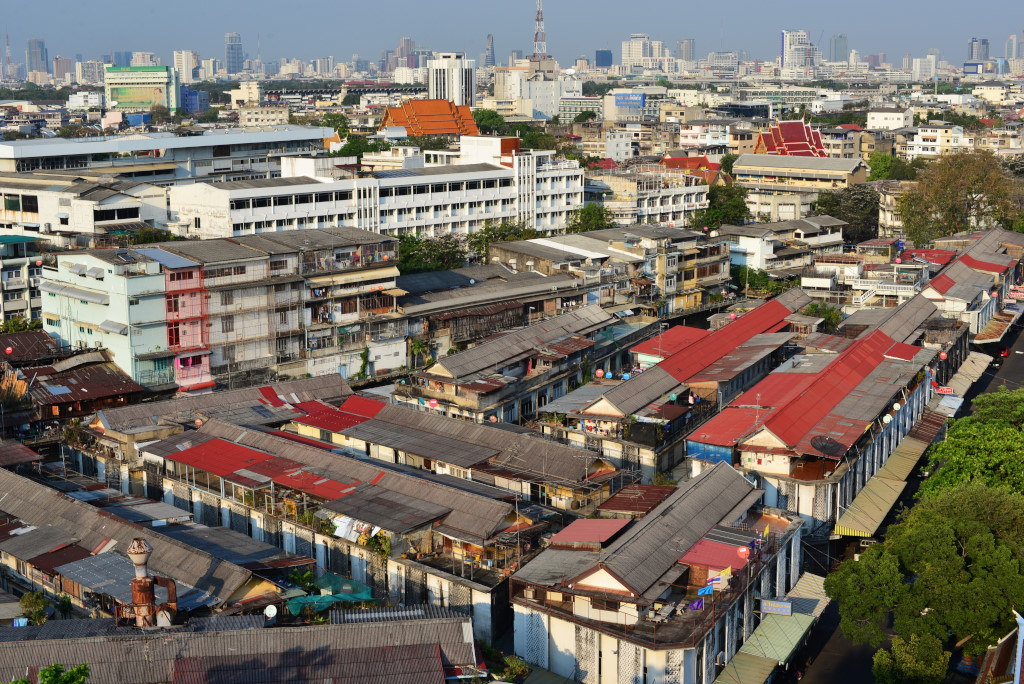 A long walk through the winding corridors of this aging airport, followed by the efficient clearance of immigration, then the baggage pickup. I pick up another map of the city at the information counter, the beaming young woman delighted to recommend the Sukhumvit and Siam Square areas as places to hang out in, although I was really looking for something a lot more authentic. 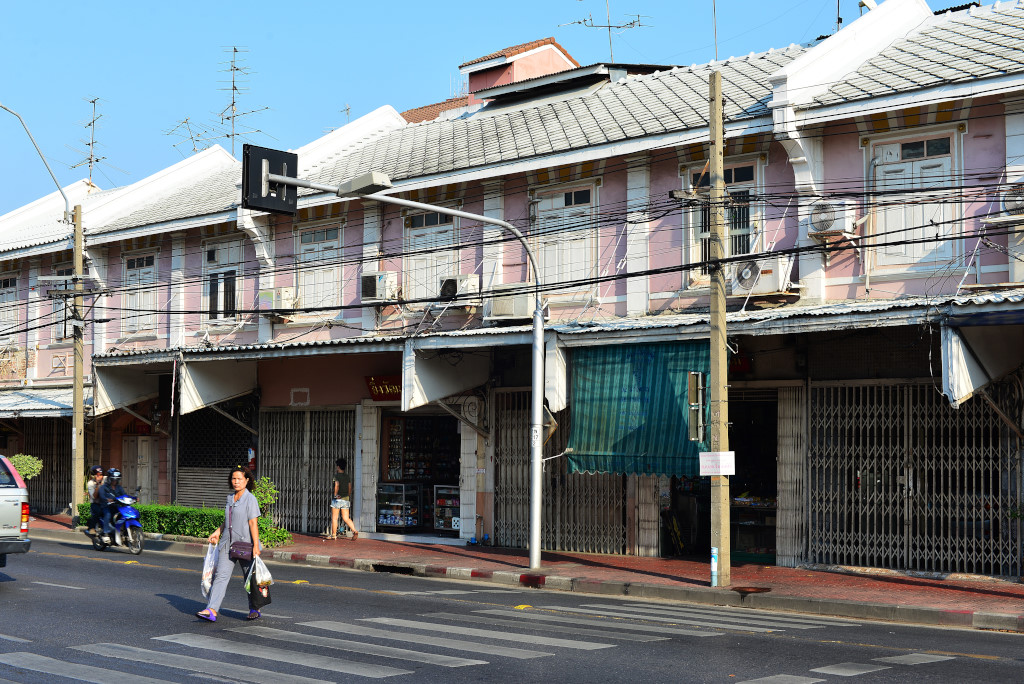 We are herded onto the A1 bus, then launched into city traffic, our destination one of the MRT stations. Next to me sits the male member of the enthusiastic young couple just arrived from central China on their first vacation to Thailand. It takes descending into the bowels of the metro station to comprehend the efficiency and focus of this city, light years ahead of anything that could be found in the country I just left behind. 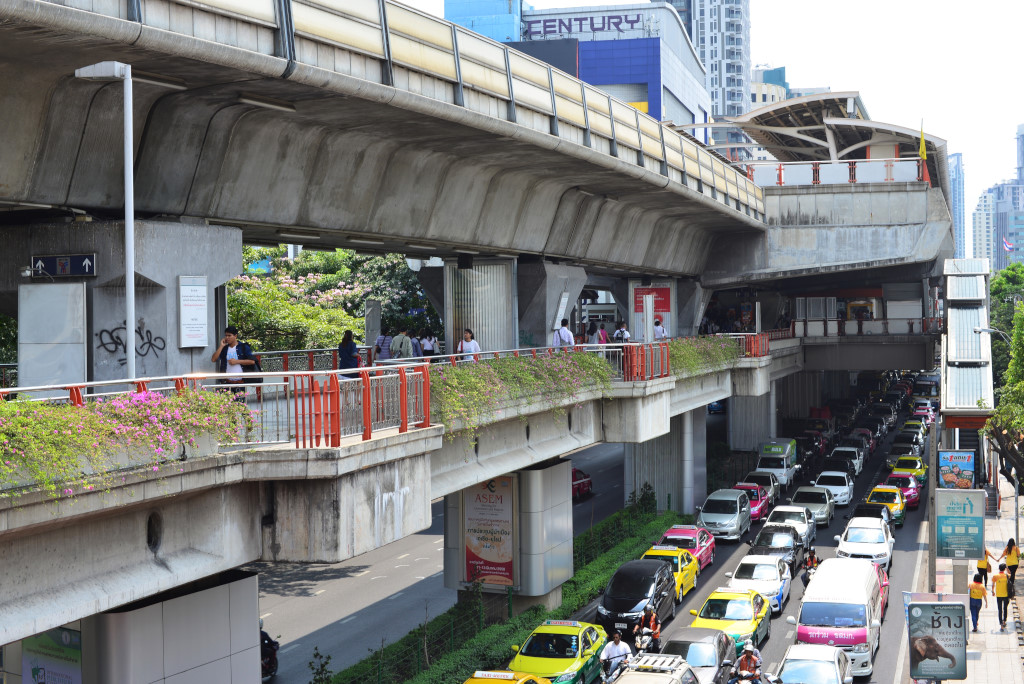 The return to the Bangkok 68 Hotel is easy as pie, as if I have never been anywhere else, although two months have gone by since I left the place. The staff naturally recognizes me with delight, but past the initial happy smiles conversation becomes slightly pained, as the young women behind the counter speak virtually no English, which has been amply noted by many a visitor on Tripadvisor, not that I have made any inroads with the Thai language.

Worse, the room I am assigned is much smaller than the one I remember, and reeks of stale cigarette smoke. The one adjacent doesn’t smell, but is also small, the space that had been allocated to the bedroom in my original lodgings given up to a balcony that is really of no use. Trying to find the right room at this point is probably too much of a pain and can wait to tomorrow morning. 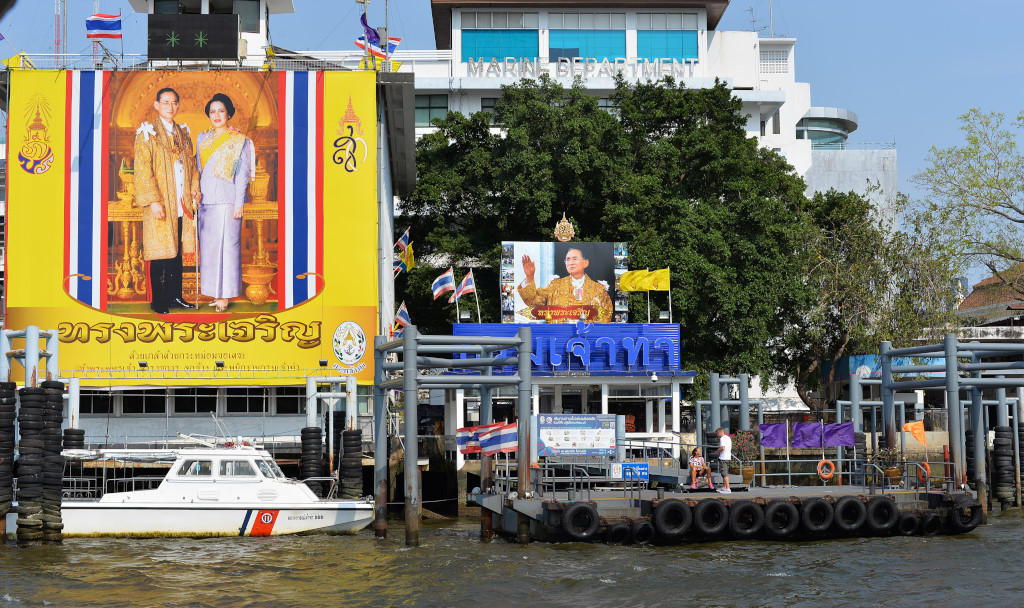 The intention earlier on in the day had been to drop my things off at the hotel, then return into town, but once I have trolled through my messages, surfed the web and unpacked, dusk is setting in, and it would make little difference at this point, given how far from the centre of Bangkok the hotel is located, and how forgettable much of the centre of the city is anyway. 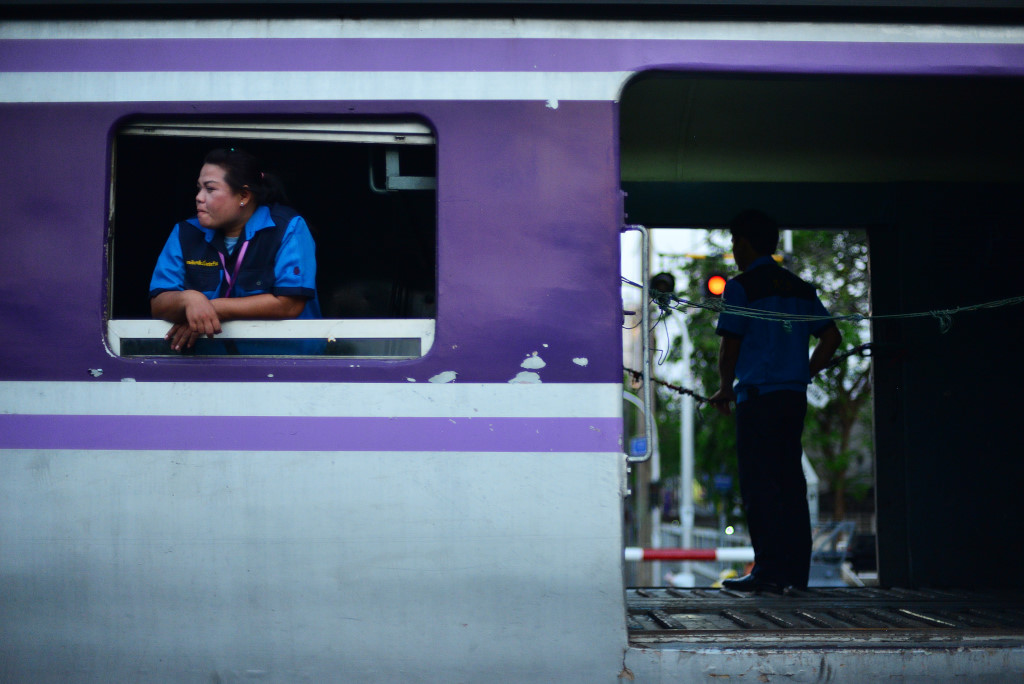 So the evening is spent indoors, catching up on personal business after having spent the last month with dodgy internet access. I think the only interesting thing I could be doing here would be to trudge past the faceless corporate palaces lining Thanon Ratchadaphisek and head down to the Hwai Khwang metro area to visit the night market. 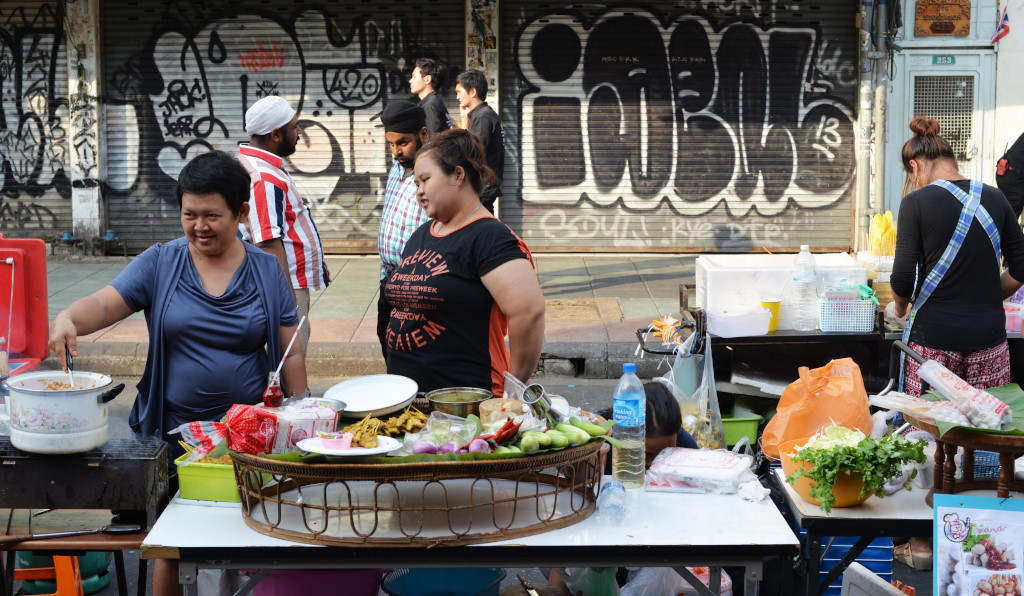 There are so many things different from the country I just left, including the ubiquitous new cars and motorbikes, the plethora and quality of merchandise, the organization and cleanliness of the environment, the dearth of chaos (although I have my doubts as to the abilities or intentions of local drivers). Ultimately Bangkok is a paean to formulaic consumption with no gradient of soul or warmth typically found in a smaller town environment. 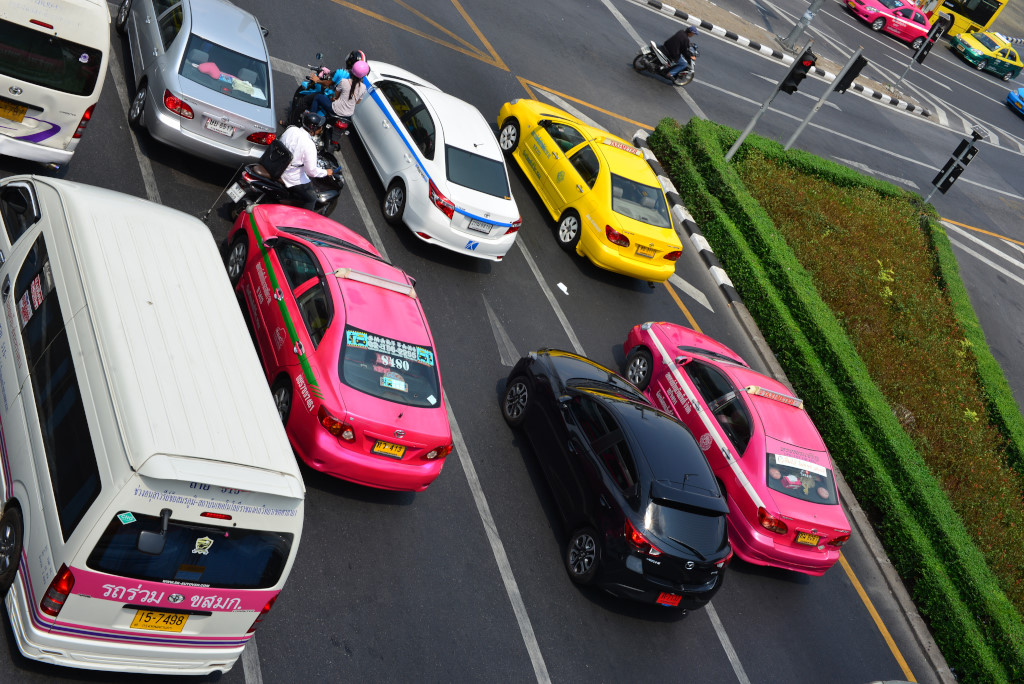 In the vicinity of the Taoist temple in the corner, the pavement is lined with palm readers and other clairvoyants, conveniently located next to the lottery ticket vendors. The night market radiates along the road intersecting Ratchadaphisek, and may be navigated either by walking along the roadside or between the stalls and the storefronts, the former risking getting hit by a vehicle and the latter lost in the slow-moving quagmire of people gawking at all the merchandise and food. 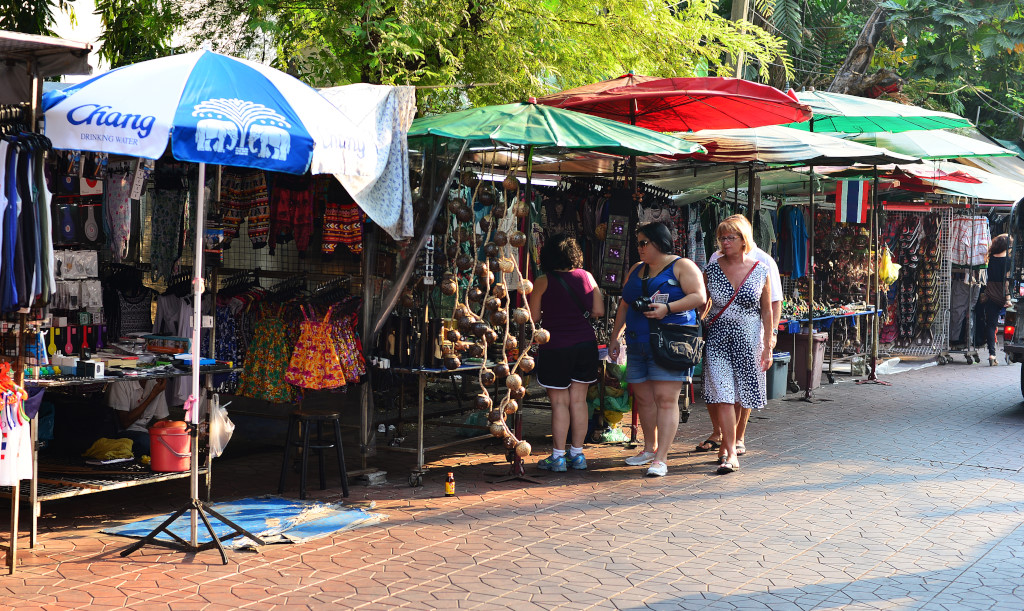 All manner of Thai street foods, fresh cut fruit and seafood is arranged meticulously on the small stands. In some cases, a few tables are set out behind the vendor, almost universally packed with locals. Daunting is the lack of space and the inability to ascertain what prepared foods are actually being concocted from the ingredients on display. I take a chance at a tiny eatery carved out of a portion of sidewalk, incongruously configured with leatherette stools and love seats, the discussion as to what the Thai menu offers of little avail, my resultant dinner being a conventional set of slender pork chops with mayonnaise dressing-drenched salad, which is actually quite fine with me … 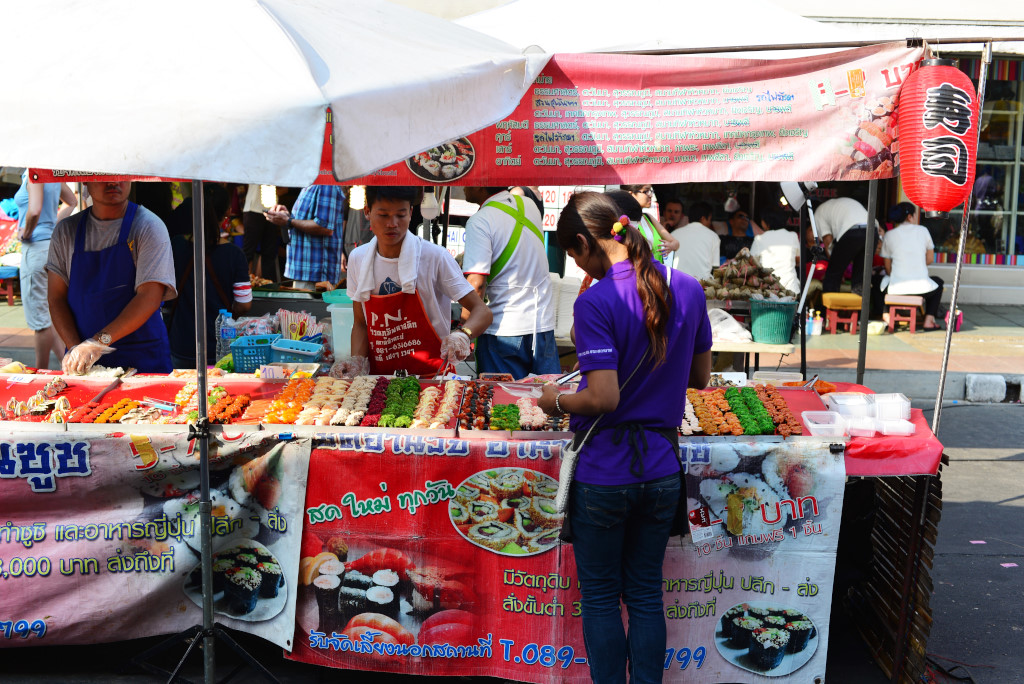