After raiding the downstairs kitchen of corn flakes, it is time to return to my room and get some writing done. I woke up late but can’t imagine that there are more than a few people in this hotel. Sure, it is a bit off the beaten track, but nonetheless.

I am offered a ride to some of the outlying malls that may have camera stores, the first stop being the vicinity of the QLap mall, which consists largely of compact entries squeezed into the rectilinear housing blocks that define contemporary Malaysian retail architecture. The mobile store I am pointed to has a shelf with small cameras, mostly compact Nikon point and shoot models, which would be fine with me, except that my ride wants to continue on to The Mall in Guadong, which is apparently the flagship shopping centre in town.

The euphemistically-named mall is a formal shopping centre, although nothing spectacular, and certainly nowhere as posh as what I would have expected in a rich place like Brunei. It is pleasant, with lots of shops selling the usual mid-range stuff, shoes, clothing, colourful hijabs, cell phones, health food, fast food, nothing memorable by the remotest stretch of the imagination.

On the ground floor there is a fancy restaurant and coffee shop that sprawls out over the floor, and in the basement an expansive grocery store with a lot more selection than would be found in its equivalent in Malaysia. Other than that, nothing exceptional, and certainly no camera store. 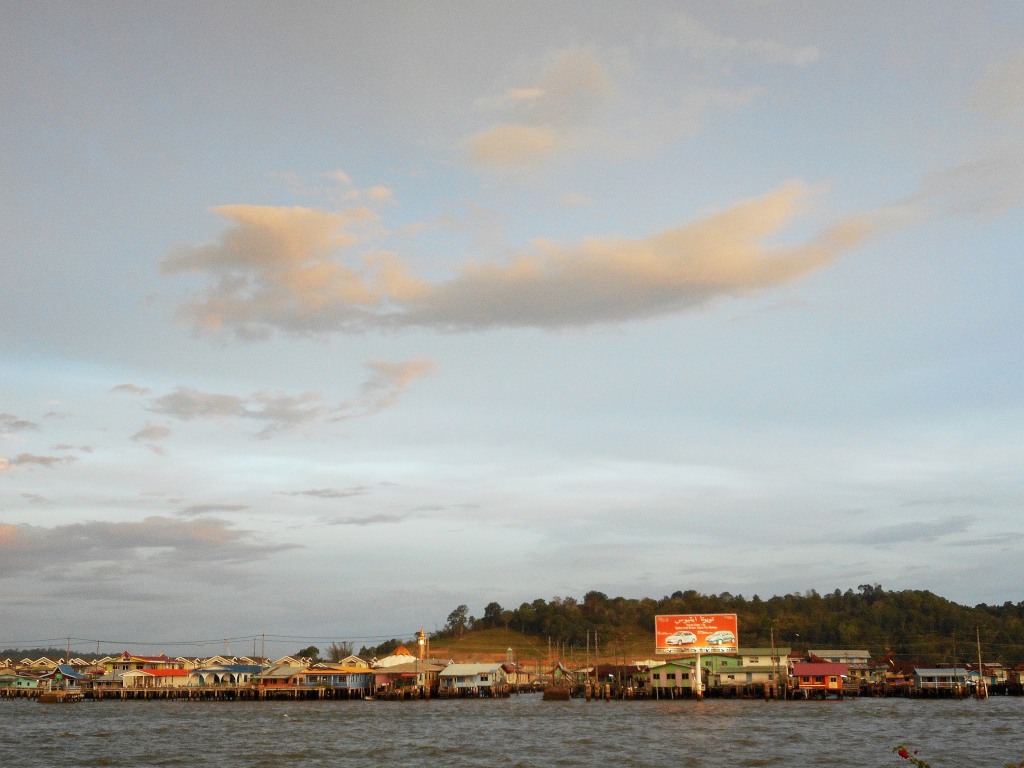 A lanky older Englishman tells me he and his wife bought a house north of Nanaimo on Vancouver island, but are not sure what to do with it, given the fact it makes little sense to even return to the house, unless for retirement sake. 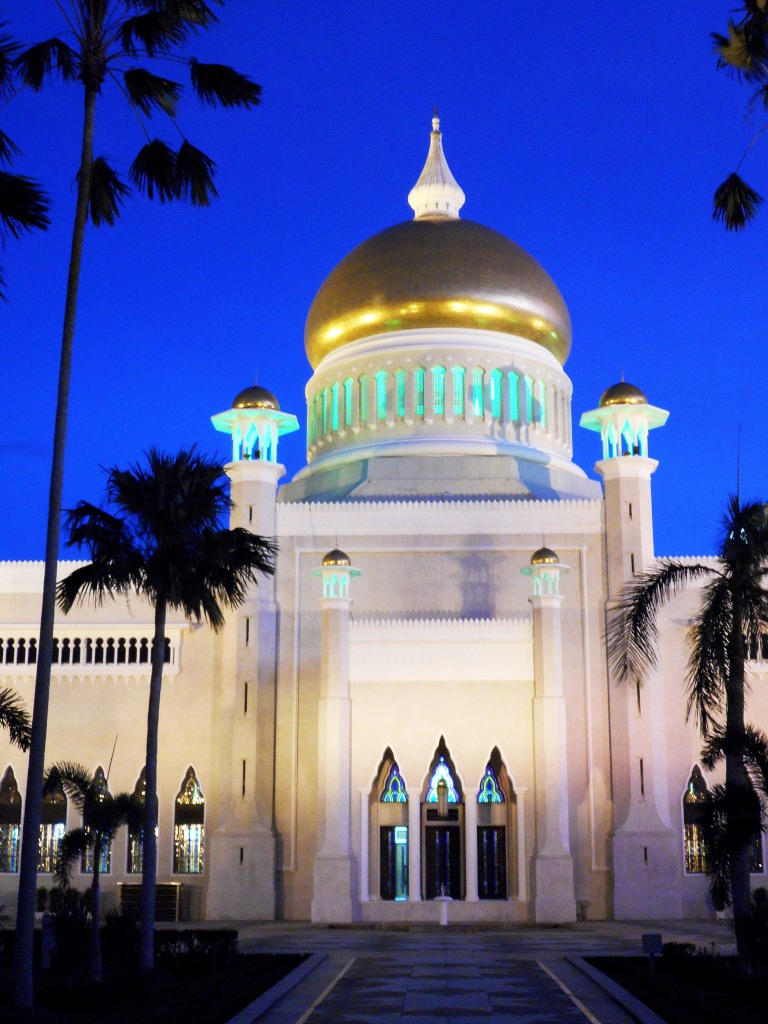 So now I have to head back to Yayasan, and there is actually a small bus waiting to take me and a few other passengers through the almost abandoned suburban streets weaving amongst the green back towards the large mosques that bracket the core area. 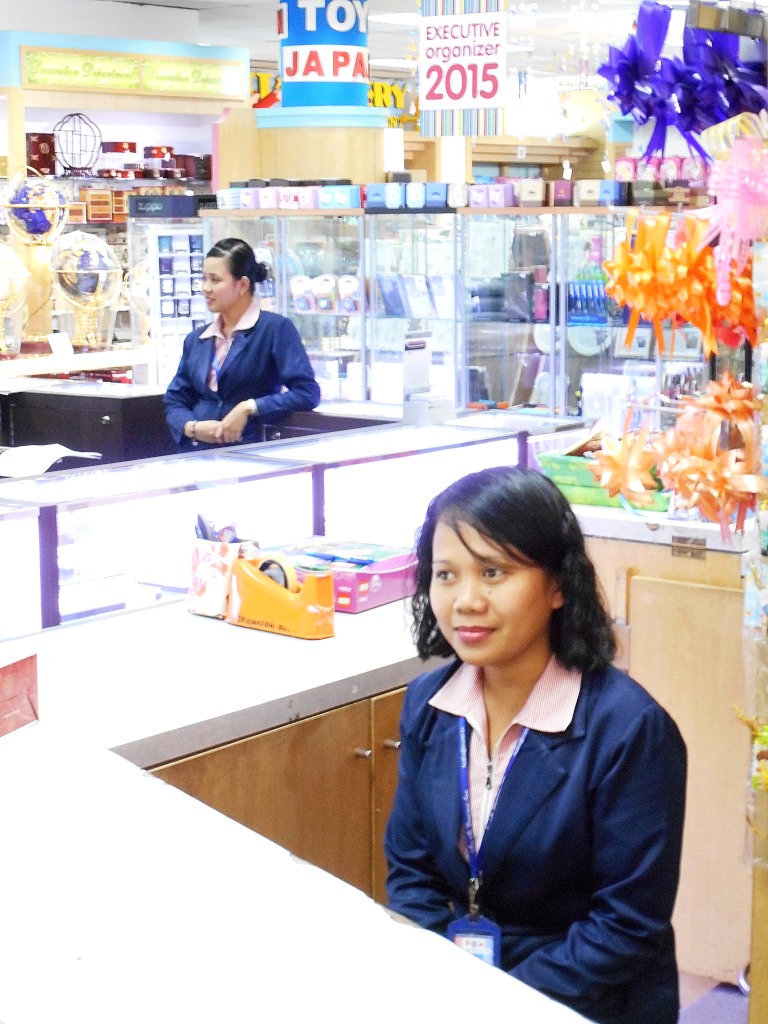 I return to the store I had been told about yesterday, located in the collection of modest enterprises across from the pier that would constitute BSB’s miniscule downtown. Today I see the collection of cameras they sell on a shelf in the window. Since the employees know nothing about the cameras, I piece together an understanding of what the differences between the various point-and-shoot cameras are, although for a few hundred dollars, quality becomes a bit academic. 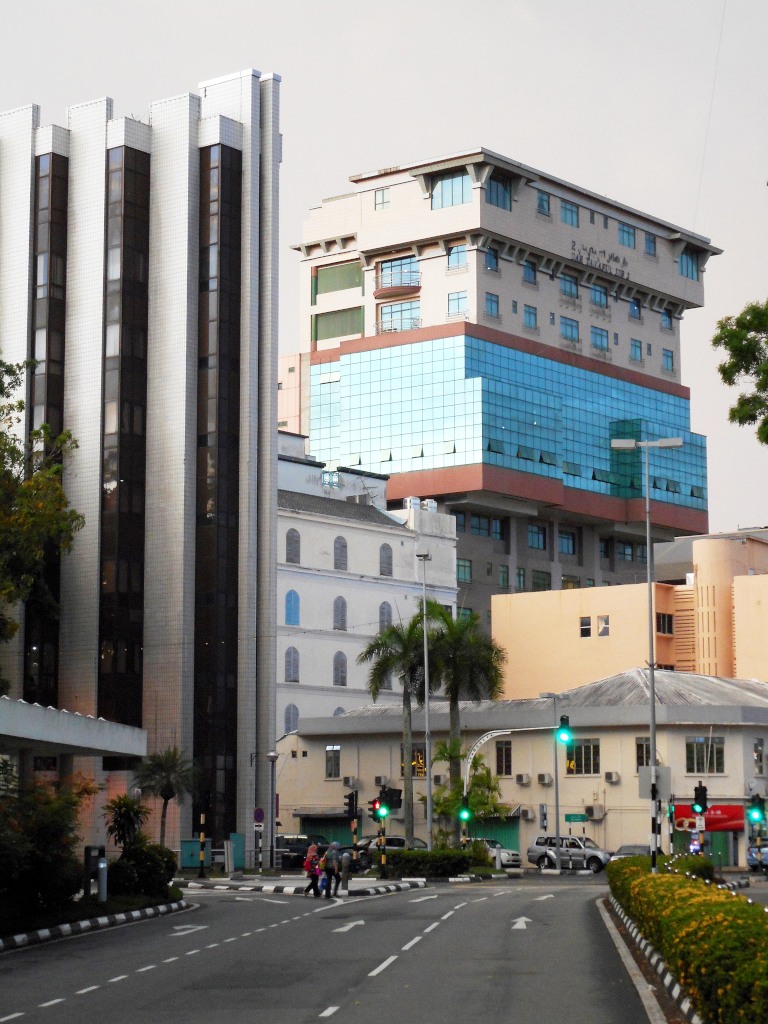 There is only one way of really finding out – buying a cheap camera and using it a lot, most importantly observing how it behaves in marginal conditions, such as low light or high contrast. I conclude that the best choice would be the same Nikon compact I looked at yesterday at the Hua Hou mall, but I should probably return to the store to reassure myself of their selection. 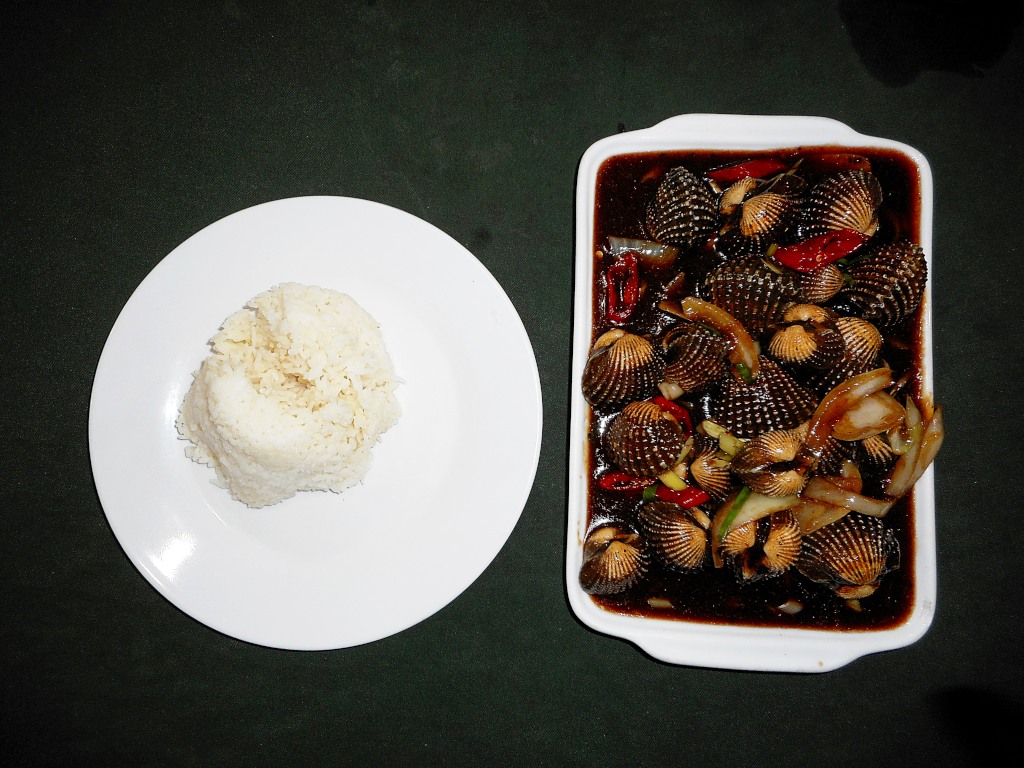 Weaving through the Yayasan Centre, virtually the first store I come across has a prominent display of cameras in the window, somewhat more than the store I just looked at, but in the same vein, the employees again knowing nothing about the cameras. No, you can’t expect to sell a technical product worth many hundreds of dollars and know absolutely nothing about it.

And so I continue into the bright, glittering lights of the Hua Hou, past the identically blue-suited and typically very beautiful women, up to the third floor, where a cursory inspection of the camera counter reveals far more cameras than I seem to have seen yesterday. I look over the expanded selection, but come to the same conclusion. 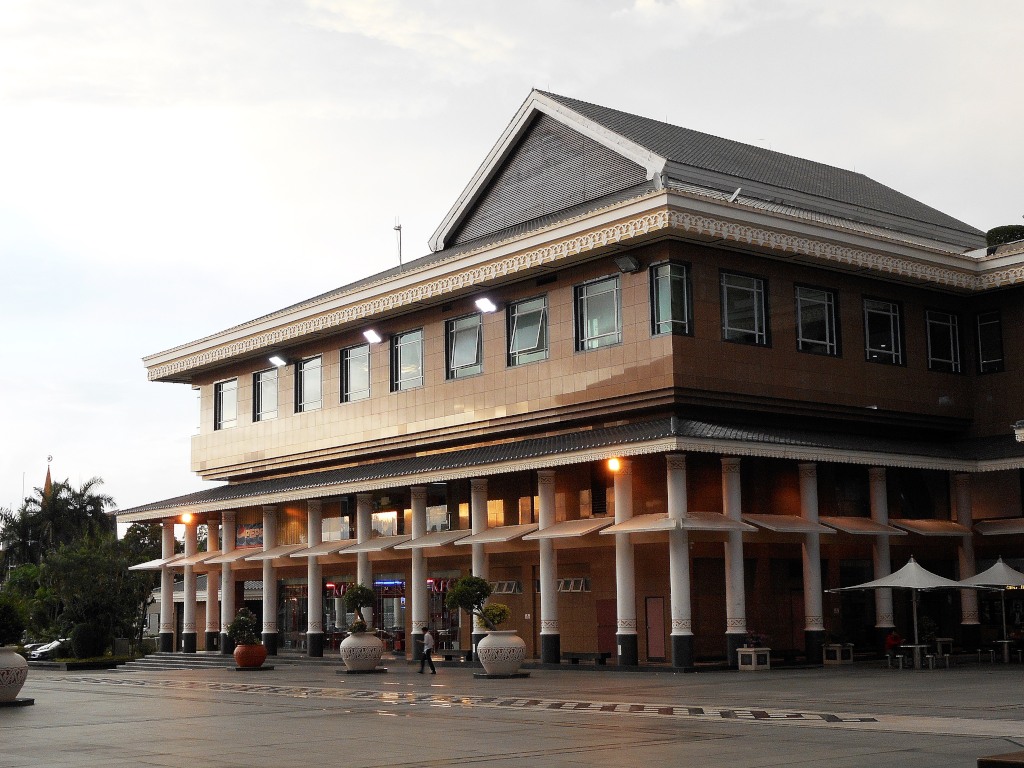 Irrespective of the relative merits of the better cameras, at this point I just don’t want to be spending even more money on a third camera. I need to resolve the problems I have with my existing cameras first, and invest in something as cheap but functional as possible in the interim. I return to the Nikon Coolpix S3600, another entry in the bottom end of cameras that are largely becoming irrelevant with the advent of sophisticated cell phone cameras. 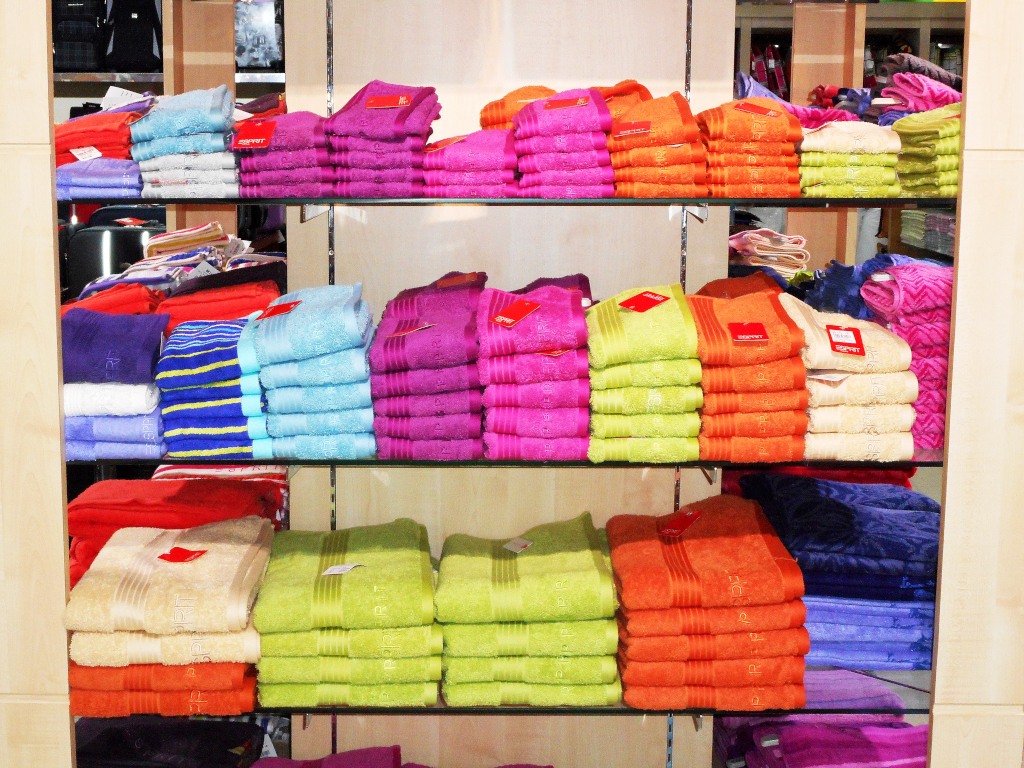 At least somewhat elated, I leave Hua Hou into the dusking light of BSB’s small harbour, take photos of the catcalling boat men, then turn around and ascend towards Tama Selera, circling the pool bordering the Sultan Omar Ail Saifuddien mosque in its gleaming splendour, the openings of the upper minarets illuminated in emerald green light, past the lean modernism of the Sharia courts. 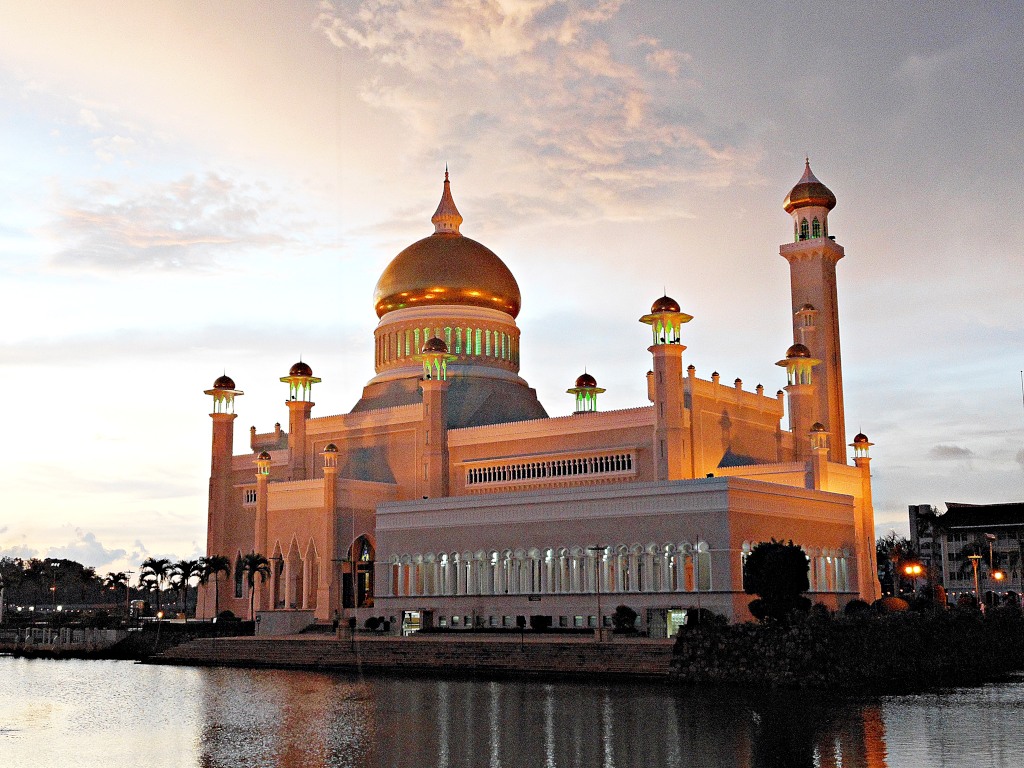 I take some fantastic shots of the huge mosque that frames the downtown skyline, or perhaps they only look fantastic on the grainy, low quality LCD, but undoubtedly will be terrible, given my expectations. I continue on to Taman Selera, the camera well past its capabilities of natural light photography, all pictures shot without flash in electric light blurry and matte. 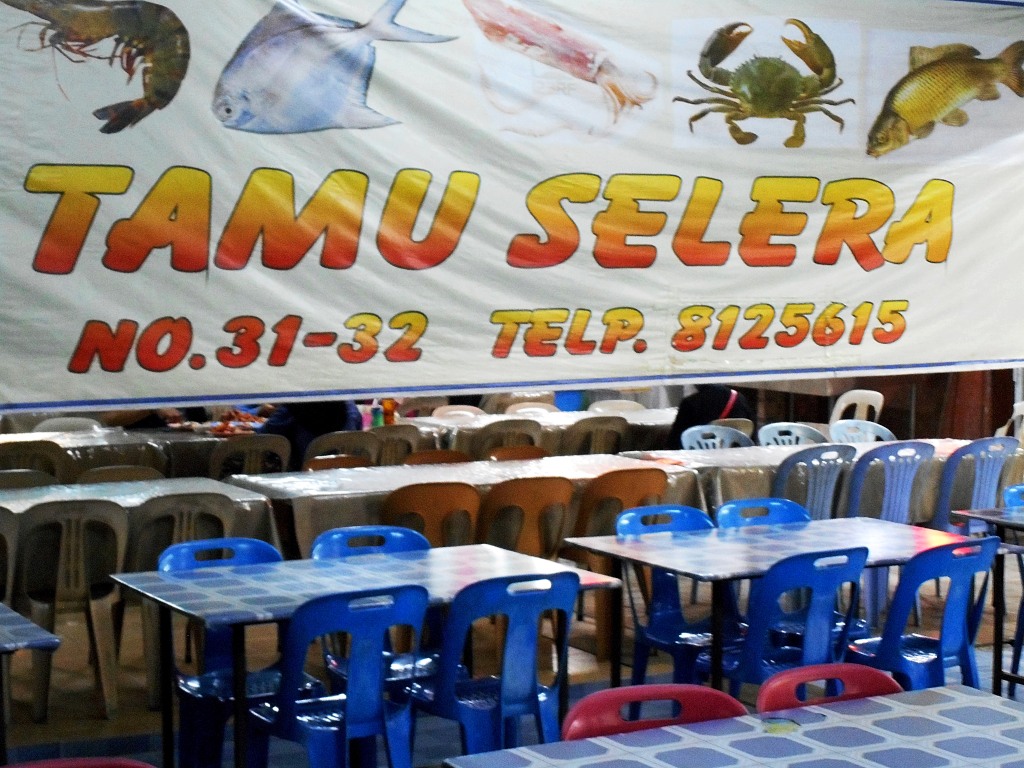 I point my camera at the extensive Malay families seated at the tables, the elegant hijab-clad women and serious men daintily sampling the brilliantly coloured dishes. I would expect the women to be anything but happy regarding my egregious photography, although in reality particularly the women are only to happy to be caught on film, and assure me that the food in the stall they have eaten in is some of the best. 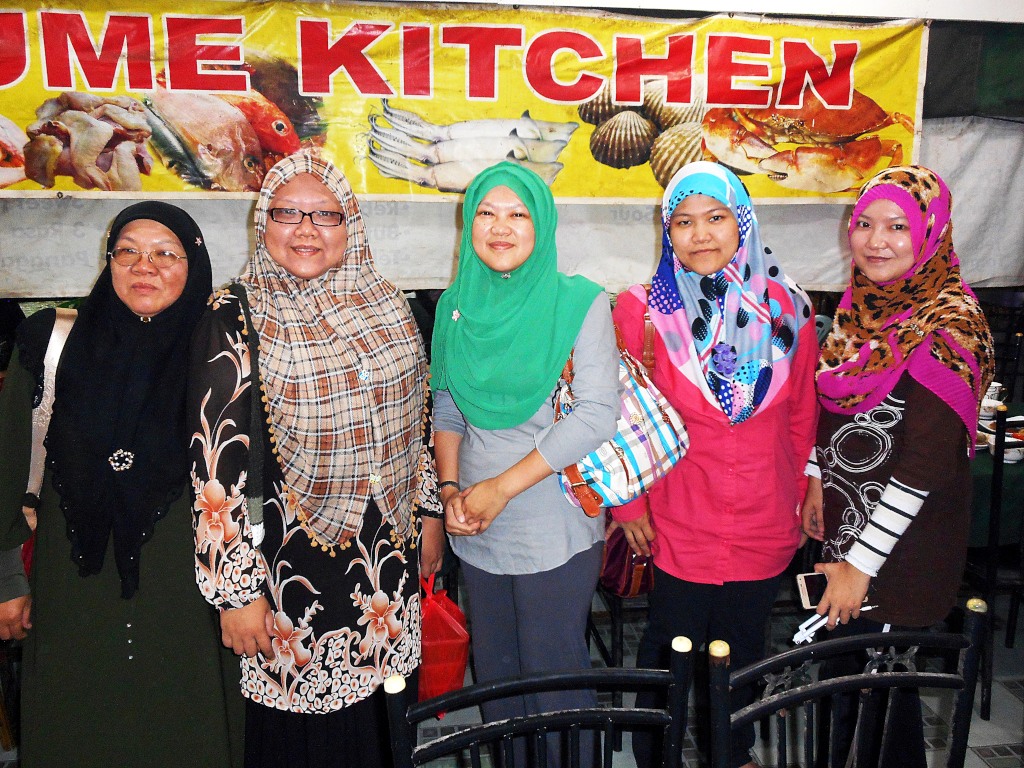 I order another dish, cockles in black pepper, which yields a square ceramic dish with more diced carrots, medium hot peppers and sliced onions mixed with a mound of shellfish in a black sauce made of kacip manis, soya, fresh crushed black pepper, lemon grass, garlic, some of the most amazing Malay-style seafood I have ever had. 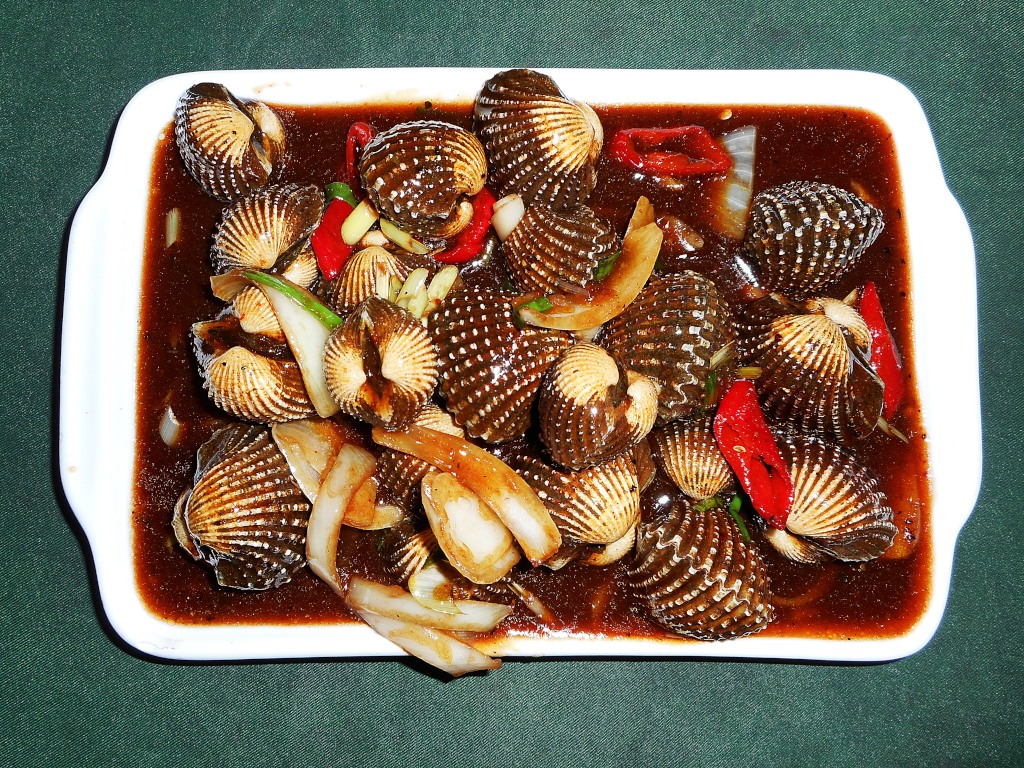 The staff is extremely gracious and polite, and even more outlandishly, the food is served on fine bone china. The cook (and possibly owner) at the Bob Ume eatery emerges from the back, and older man with glasses and slightly longer hair, wearing an amazing long gold pendant of a fish. As an aside, I am wondering what the chance of anyone nicking my bag would be here, given the state Sharia court is next door. 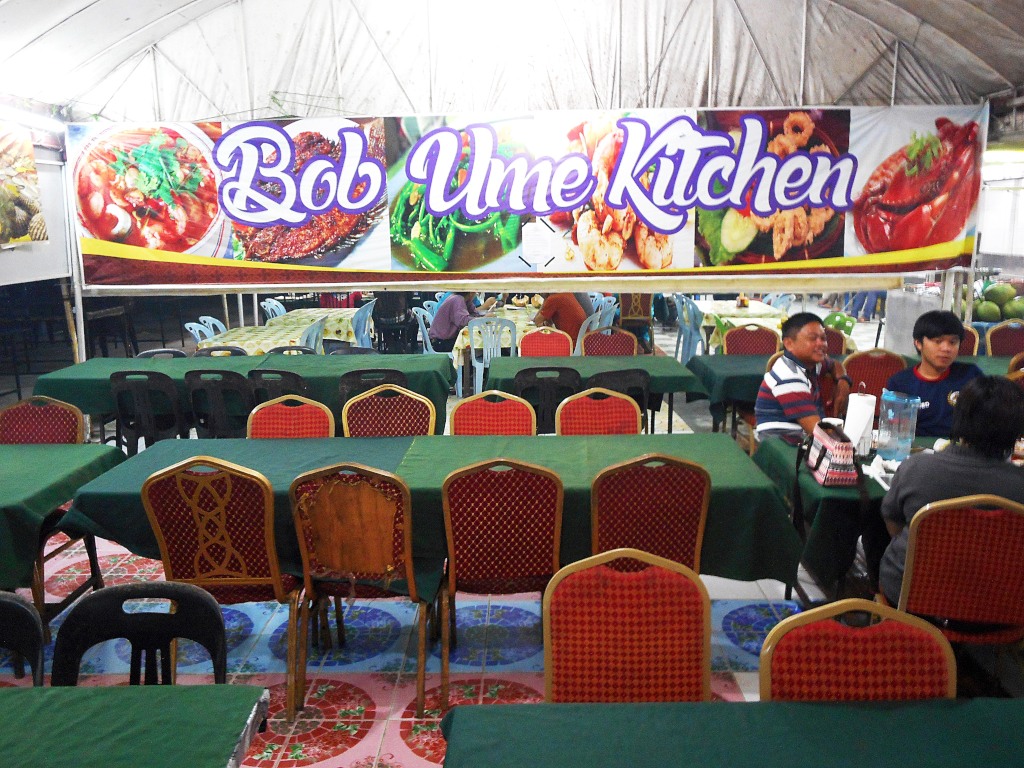 I return to the waterfront to take a river taxi back to Kota Batu, the boatmen in waiting telling me to be careful as I descend the stairs. I am surprised more people don’t go flying into the water, although this is a really cool way of traveling around town.

Speaking briefly with the boatmen and modest locals, I am surprised that many of the people working in modest jobs are actually locals from the kampong. Brunei isn’t that small so as to not have kampongs! I guess not everyone here lives in subsidized housing from some oil company.

Today the boatman takes me through Kampung Ayer, not that it is really necessary, but probably to underline that he knows enough about the town that he can show me extra things – given that he asks me shortly before boarding as to whether I live in BSB or not. 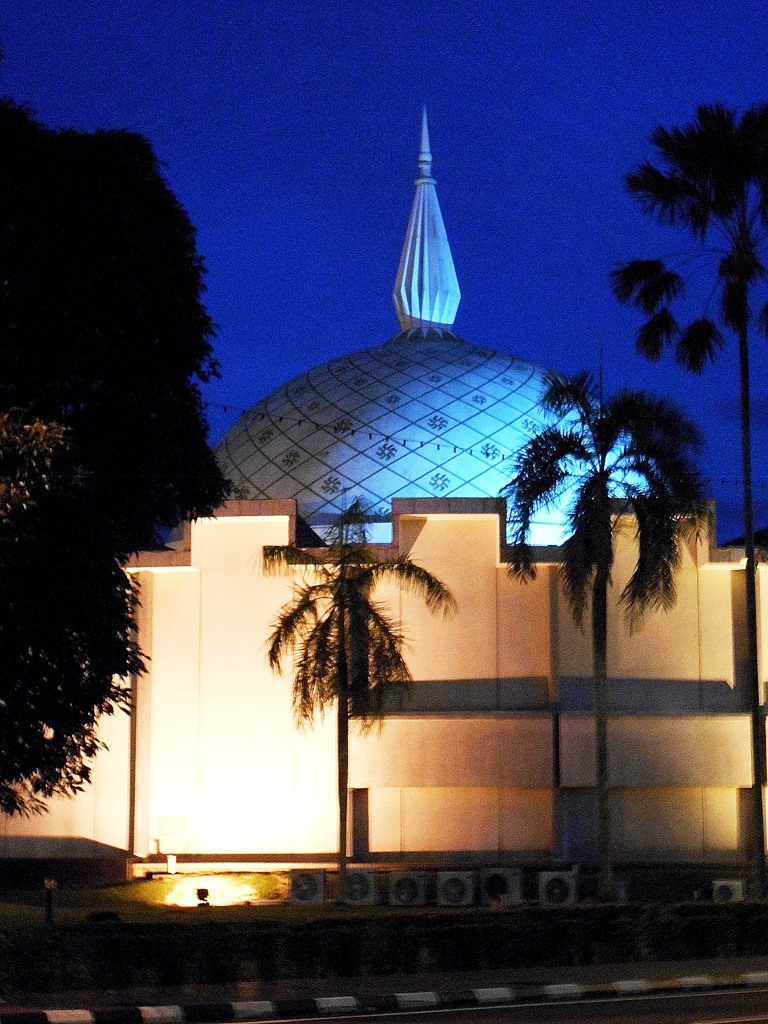 The beautiful Filipina woman seated on the bench above the pier tells me that the cars filling the ample lot in Kota Batu belong to owners who need to cross the river to the lower side of Brunei. Strangely enough the two sides of the wide river – upon which the river is centred – are not connected by any bridge. The giant concrete column which acts as a reference point for the Kota Batu pier is actually the beginnings of exactly such a bridge, but for now people are reliant on boatmen to ferry them across or along the river. 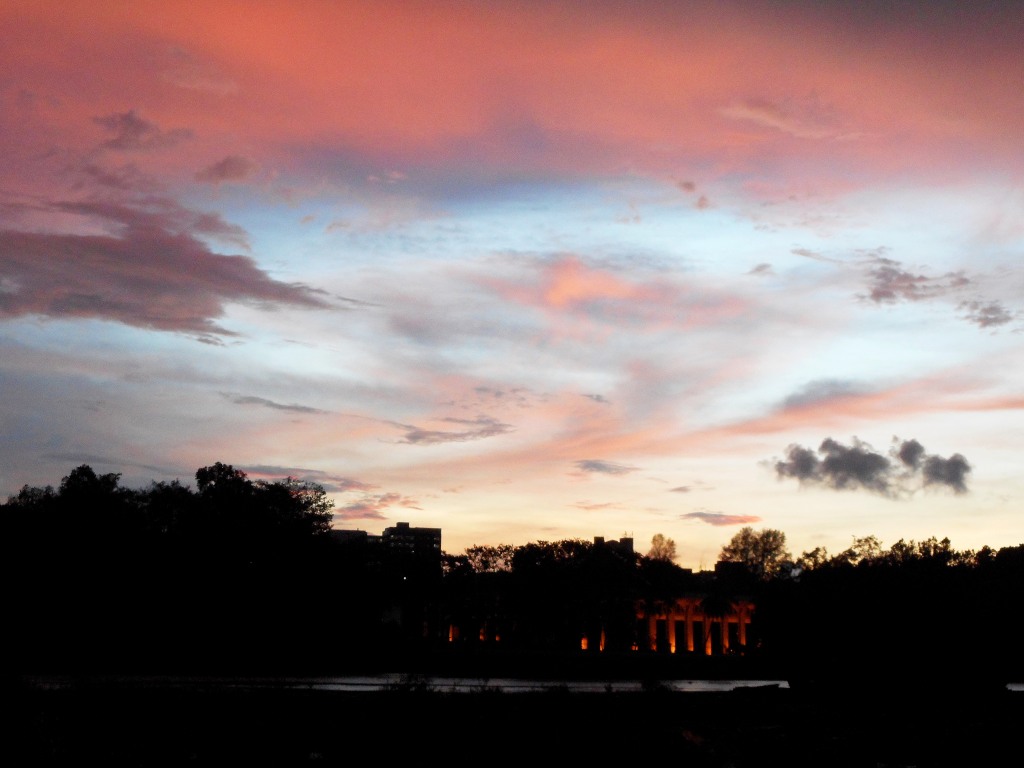 She tells me some of her own story, that she is working here in an office as many others of her country do, but if her job were to end, she would not be able to stay in the country. And so the question remains where she could hang her hat – go home with her savings, try to keep on here, or go to Canada like so many of her friends have …