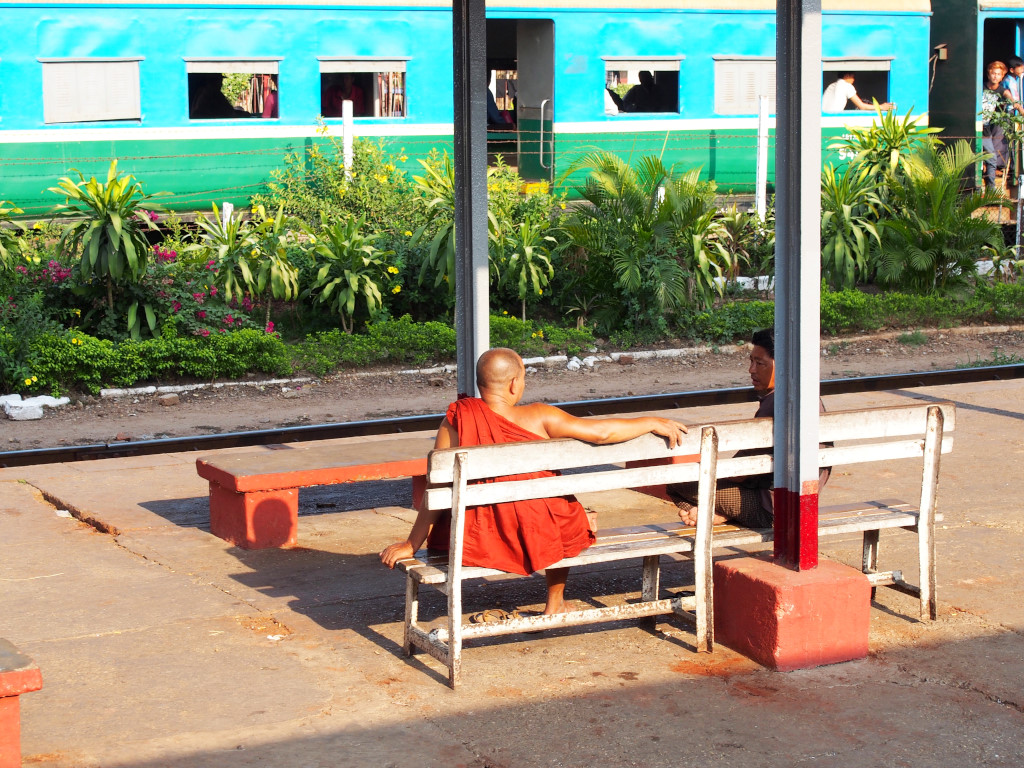 Another morning which had started with the best of intentions, quickly derailing when I cross paths with my new-found chatterbox Cuban-American friend and her German boyfriend from Darmstadt in the breakfast room. As much as the two are open to prolonging their trip in Asia, once they leave the region she wants to hit the ground running. 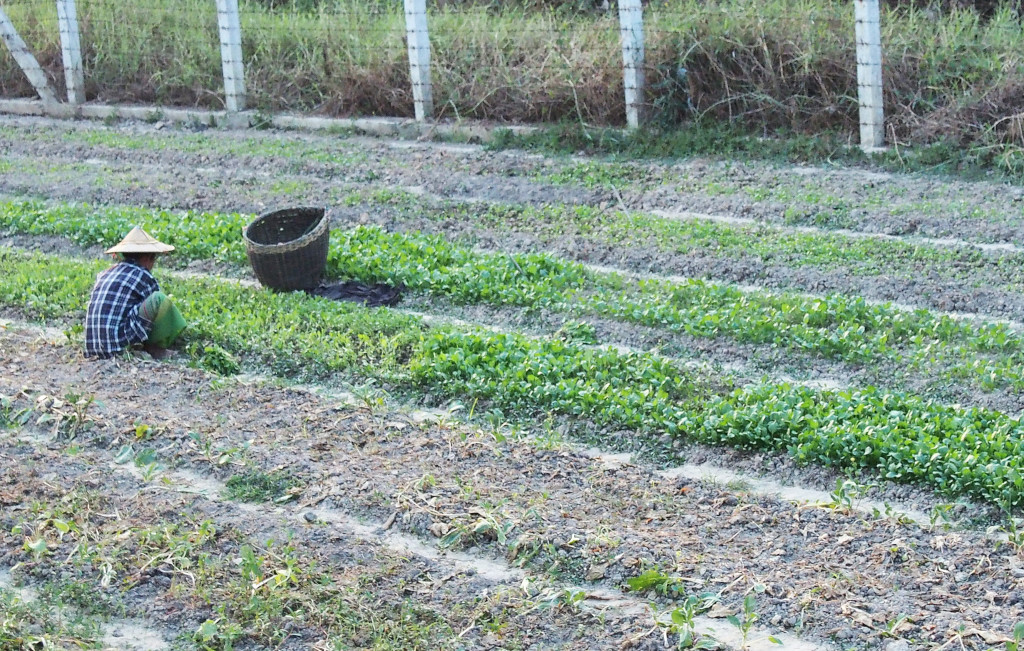 She would prefer to set up an independent marketing agency in Amsterdam, a city she loves, or alternately pursue some of the many contacts she has in Las Vegas or San Diego. She would absolutely love to return to the United States – all the things she hated about America were overturned when she lived in Europe, and she can’t wait to live in the U.S. again, even though she is not so sure about her friend. She is hardly small-minded, but would not romanticize life in many of the countries in Europe. To her most Europeans are racist, although Germans are the worst. 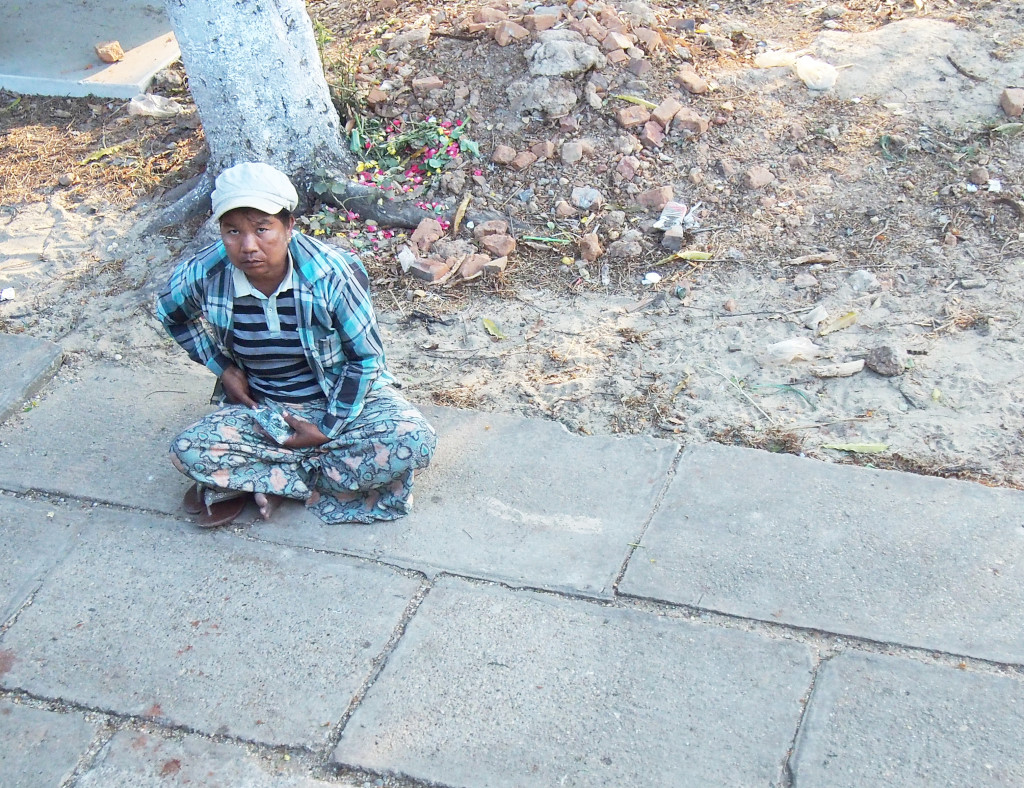 She recalls the hellish treatment she received from the tourist police in the Czech republic, where she received the worst treatment imaginable. I retort that she has little idea what non-Americans are treated like by the U.S. Department of Homeland Security. The problem in Europe is that as of 2013 companies have to advertise a job for six months before making it available to a non-EU citizen, which pretty much shuts it out for Americans. Holland is the only country that maintains a friendship agreement with the U.S. – and yet when she applied to work in the Netherlands the immigration department had been swamped with applications from Syrian refugees. 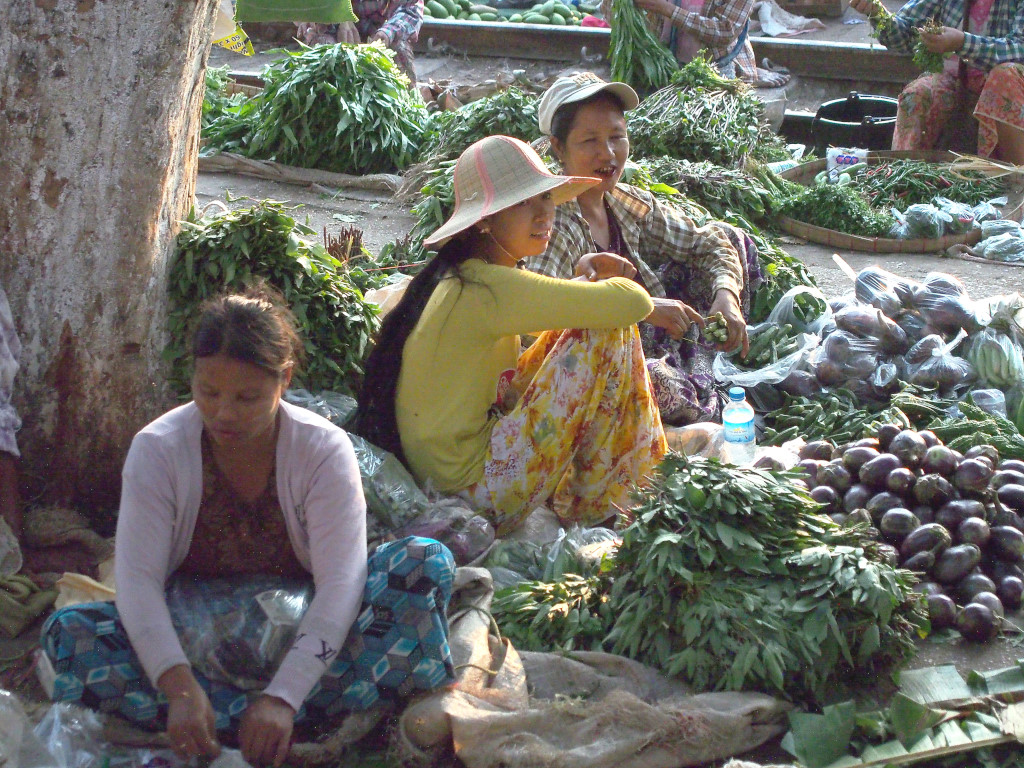 So her application is in progress, but she has no idea as to when it will be resolved. On one hand, it would be very frustrating to return to the U.S. and set her life up again in Las Vegas or San Diego if the application to live in the Netherlands is approved, and on the other hand, treading water in some black market economy position in Europe only to see her application turned down. In the interim the two are now heading to Vietnam, which they have mixed feelings about, but are open to exploration. 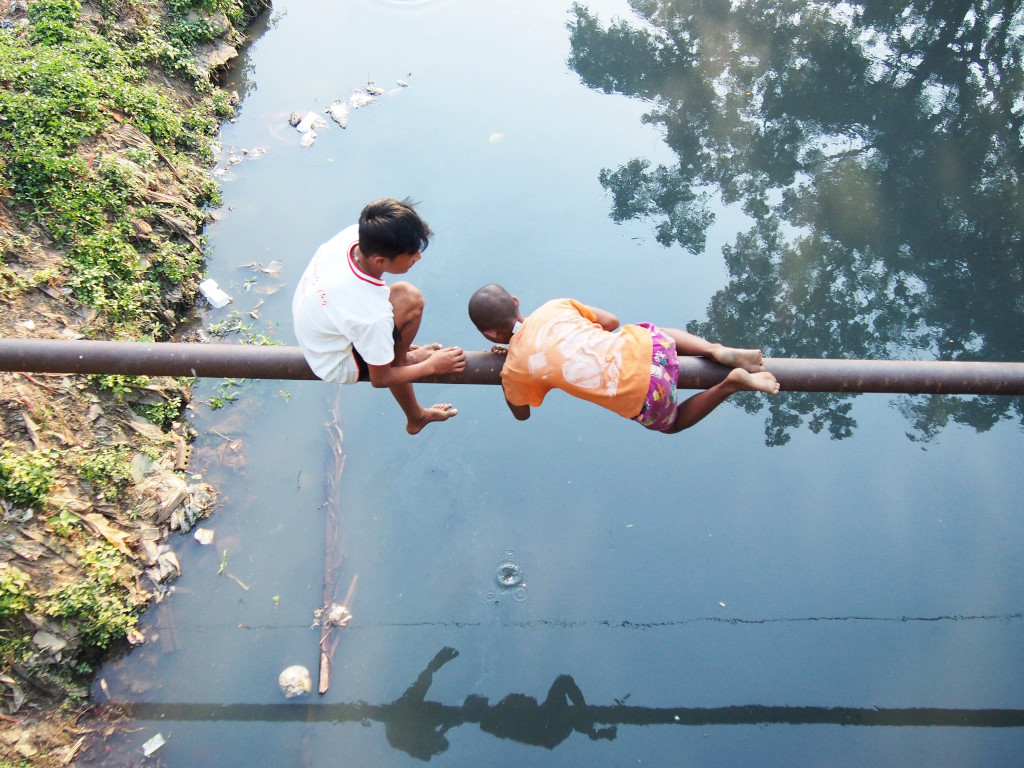 The bulk of the morning passes by and we are still in the breakfast room, but I have to check my email in the lobby. And today the reception happily confirms that there is in fact a room available with a bright sunny view on the 7th floor, effusively showing me the room with view over Shwedagon and the neighboring area, the room feeling somewhat more cramped with two twin beds as opposed to a single double, although the ample bathroom extends along the east-facing wall of the hotel, and also offering stellar views of the cityscape and golden stupa. The air conditioning works admirably in the main room, but the bathroom becomes baking hot as the day advances. 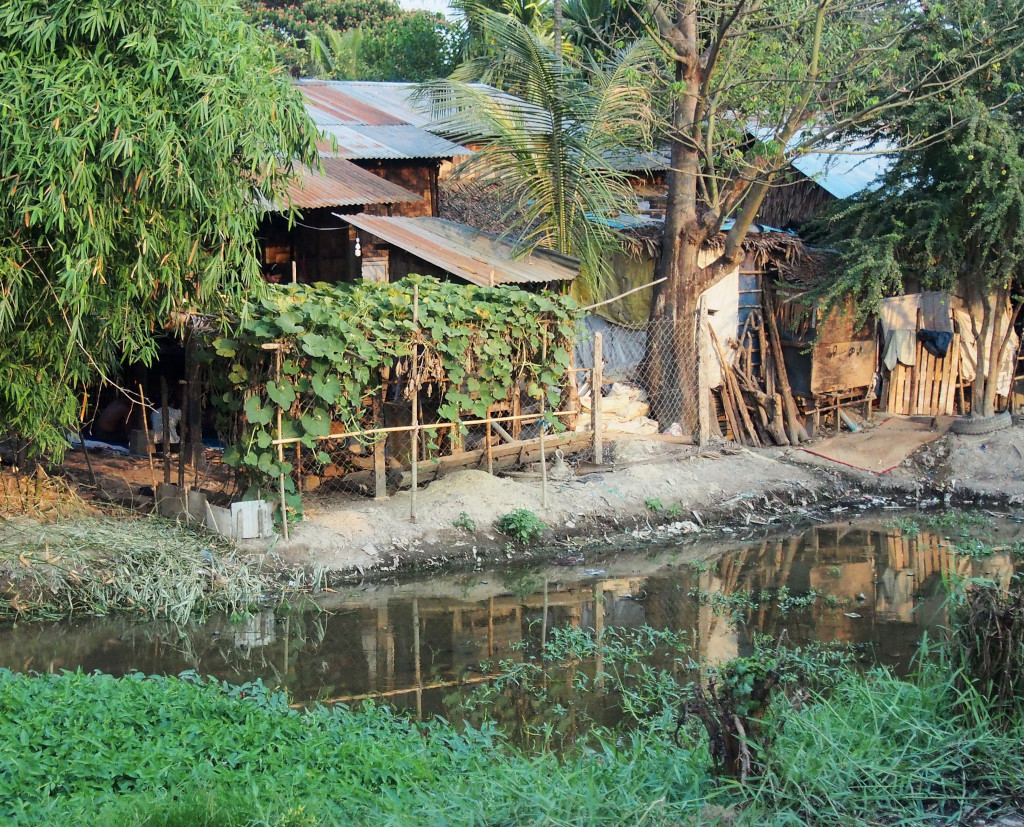 Moving belongings from one room to the next takes another amount of time, and exhaustion sets in, to some extent induced by the intense heat outside, but mostly by the undeniable fact that I have for the first time in a long time fallen ill with some food-related bug, having to return continuously to the bathroom and feeling all-around very depleted and weak. Even though I am spending another month in the country, I am in no mood to waste time loitering around in the hotel, not that I don’t already spend enough time doing exactly that. 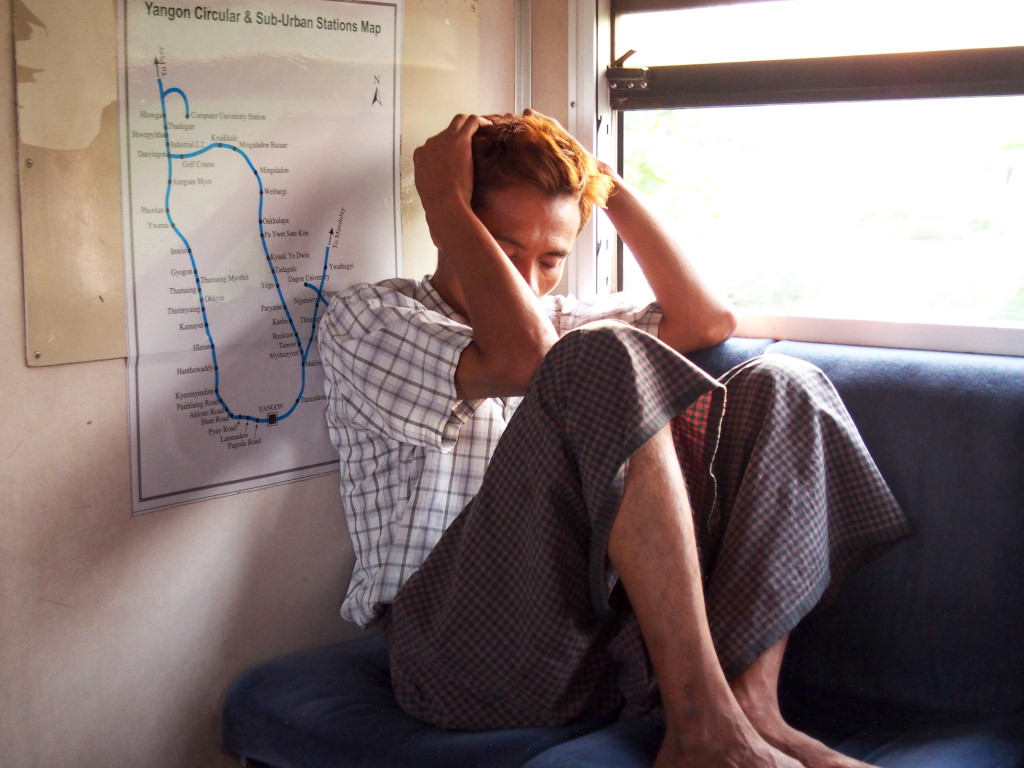 When my energy level rises, I muster just enough energy to crawl out of the hotel and amble into the budding afternoon heat, through the alleys in the leafy enclave the hotel is set in. Small retail spaces and workshops are frequented by relaxed locals looking inquisitively, one young thanaka-coated woman selling small sweetened cornmeal muffins and sugar syrup-coated deep fried wheat tortillas. 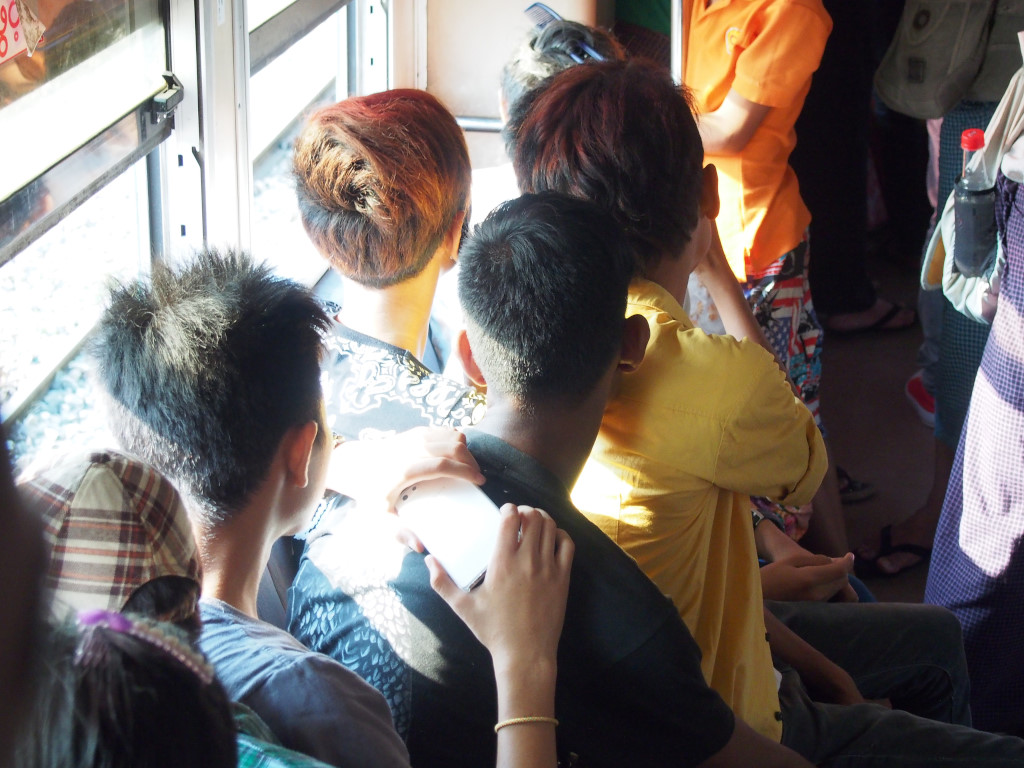 Before being confronted with the daunting challenge of determining the direction the Cafe Parisian may be on the Upper Kyee Min Daing road, it turns out that I am actually looking at it. It strikes me as inconceivable that the young man yesterday at the hotel could have been so inept that he sent me far to the south of the hotel, when the cafe is in fact a few short blocks to the east. 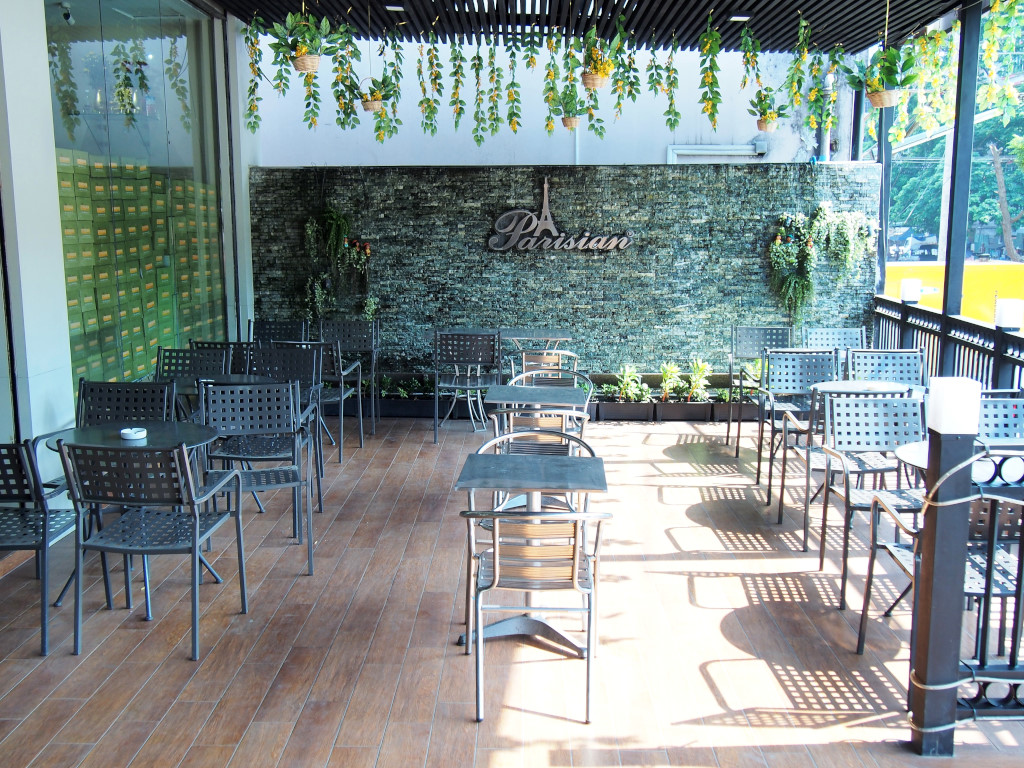 No matter – the air conditioning functions in the ample space, the coffee is excellent, and I am soon off to the nearest local train stations which anchor the route that circumnavigates Yangon, my eyes roaming the streetscape, from the new commercial and residential buildings to the humble local denizens ambling through my sight line. 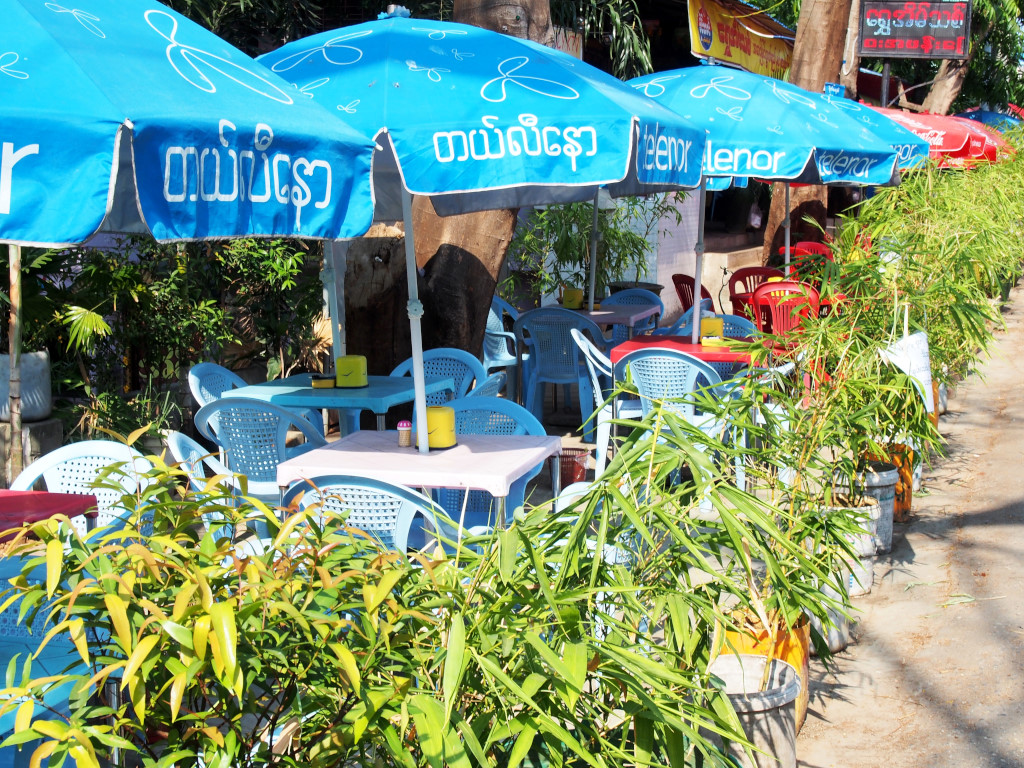 I descend to the station along a rickety wooden bridge, sitting on the stone benches and observing the betel-chewing passengers chatting, locals wandering gingerly through the strewn and rotting garbage in and out of the houses that line the tracks. The train in question is a commuter train that runs along a loop between the inner city, arcs north of the airport, then returns to the train station along an eastern periphery of town. 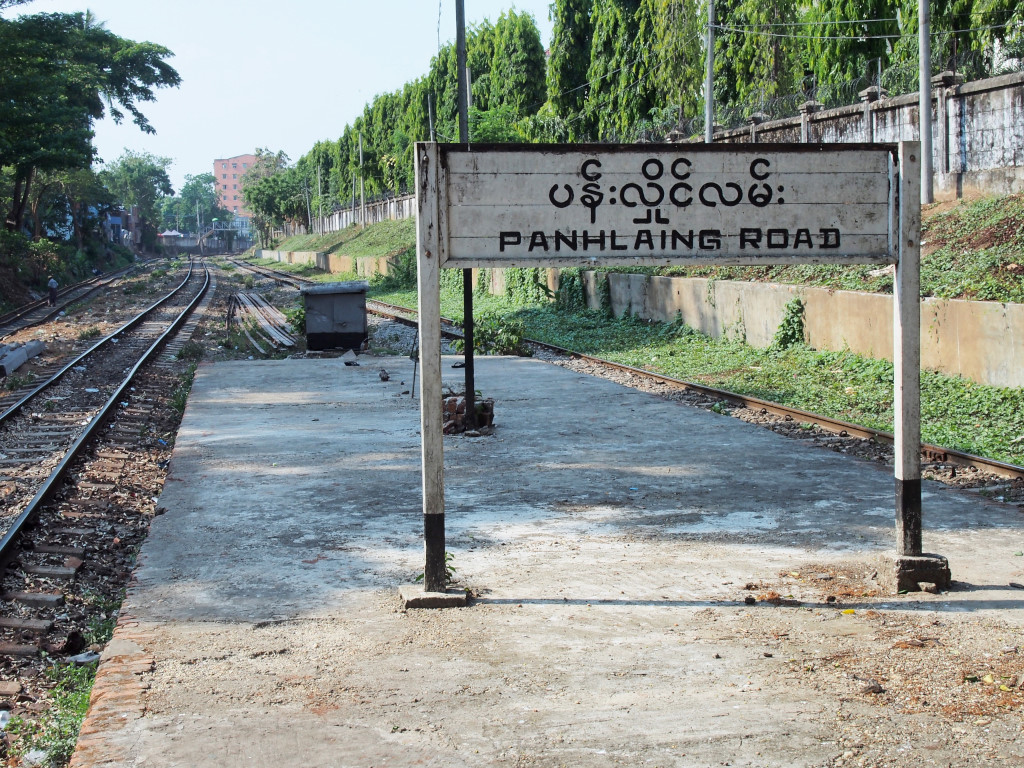 The trains apparently run every hour, hour and a half, although I am not too optimistic about the arrival time of our own train. Just in case the train does not arrive within half an hour of the scheduled departure time, I will head back to Strand road and take the bus into the town centre. And yet in the end the commuter train is only 15 minutes late. 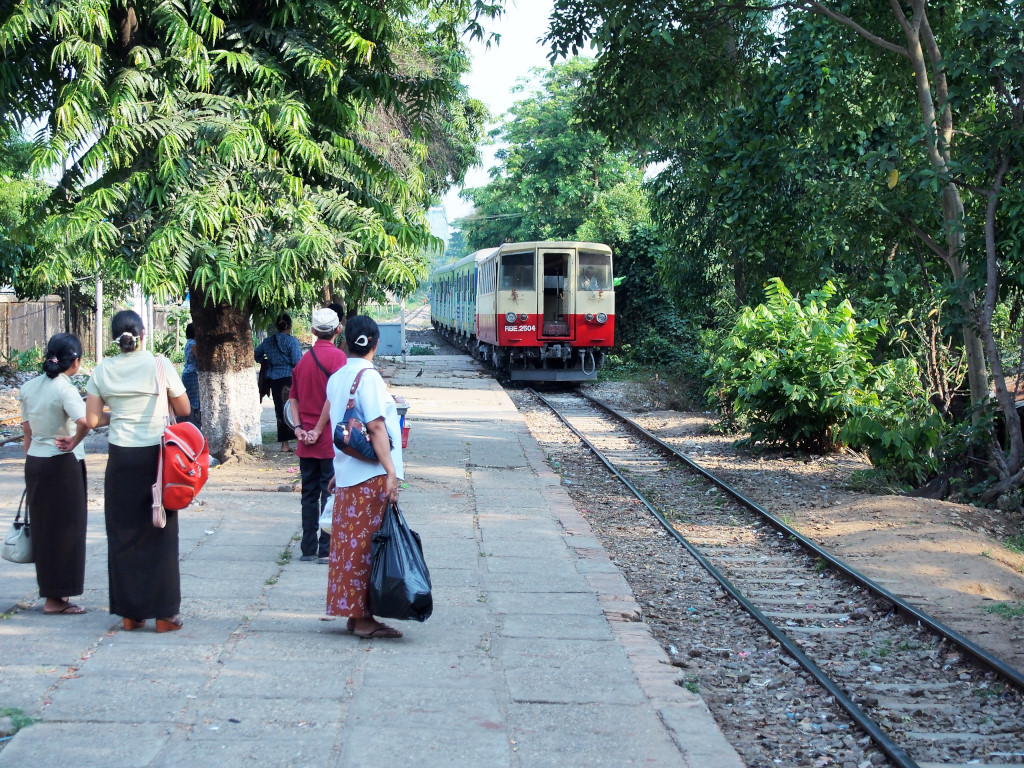 The train is a fairly relaxed affair, relatively battered older cars with surprisingly comfortable and clean fabric-lined seats, which for much of the circuit are completely occupied by the passengers who had mounted the train before me, three young backpackers the only other foreigners visible. 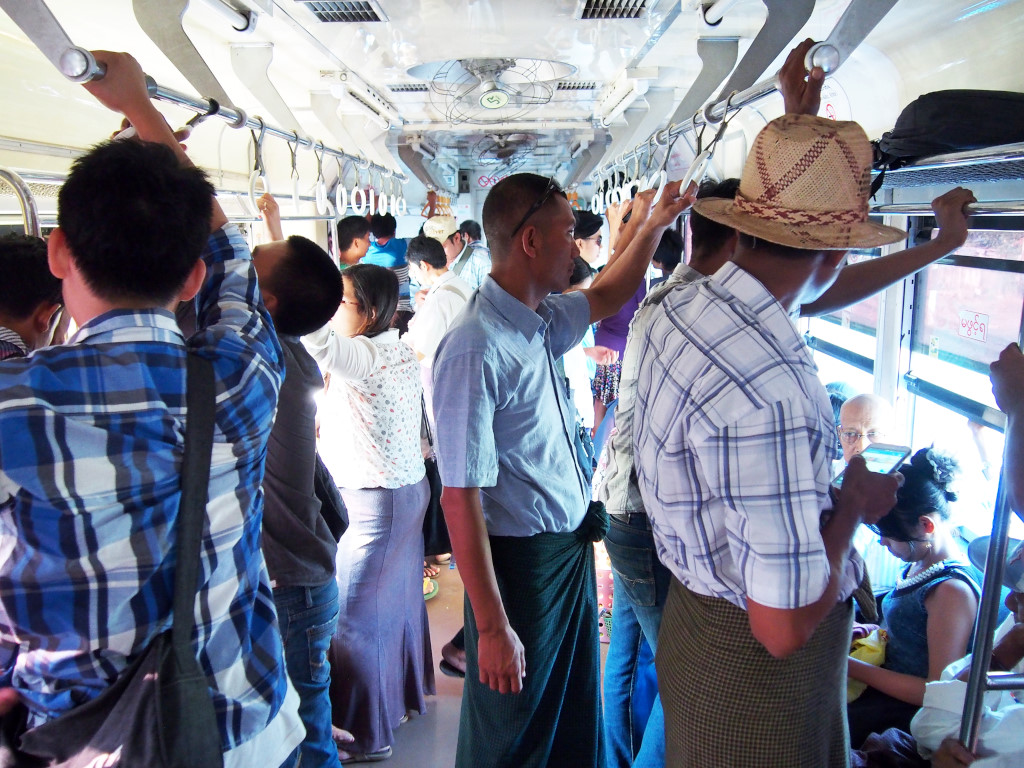 I am thinking of pushing my way through the remaining cars to see if any seats could be available, but it would seem unlikely. From my crowded standing position, I am unlikely to see very much of anything. Not surprisingly, the locals are relaxed and polite, parents playing with their babies, the younger passengers excitedly chatting among each other, or engrossed in their cell phones. 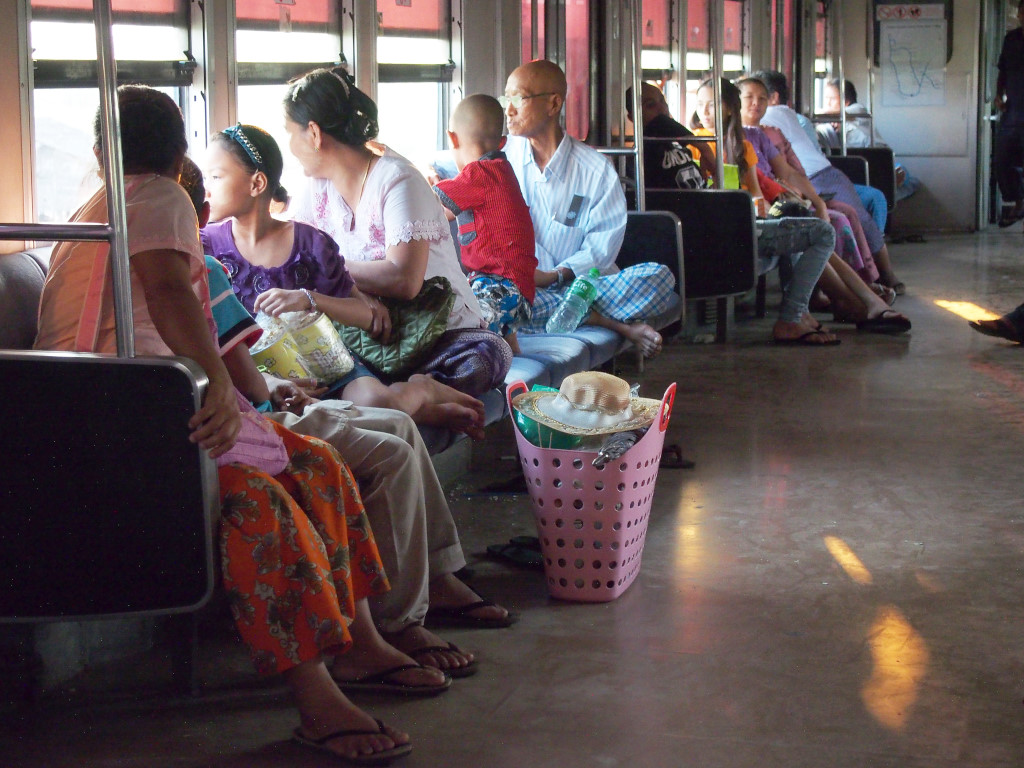 The train never gains much momentum in between the regularly occurring stations. The mob of people crammed into the train make it virtually impossible to capture any kind of interesting visuals of the environment we pass through, although it soon also becomes apparent that this commuter train trip won’t reveal much in the line of the city’s aesthetic secrets. It is difficult to get a sense of the surrounding urban environment when the track is separated from the outside world by a retaining wall, and the world inside buried in rotting garbage. 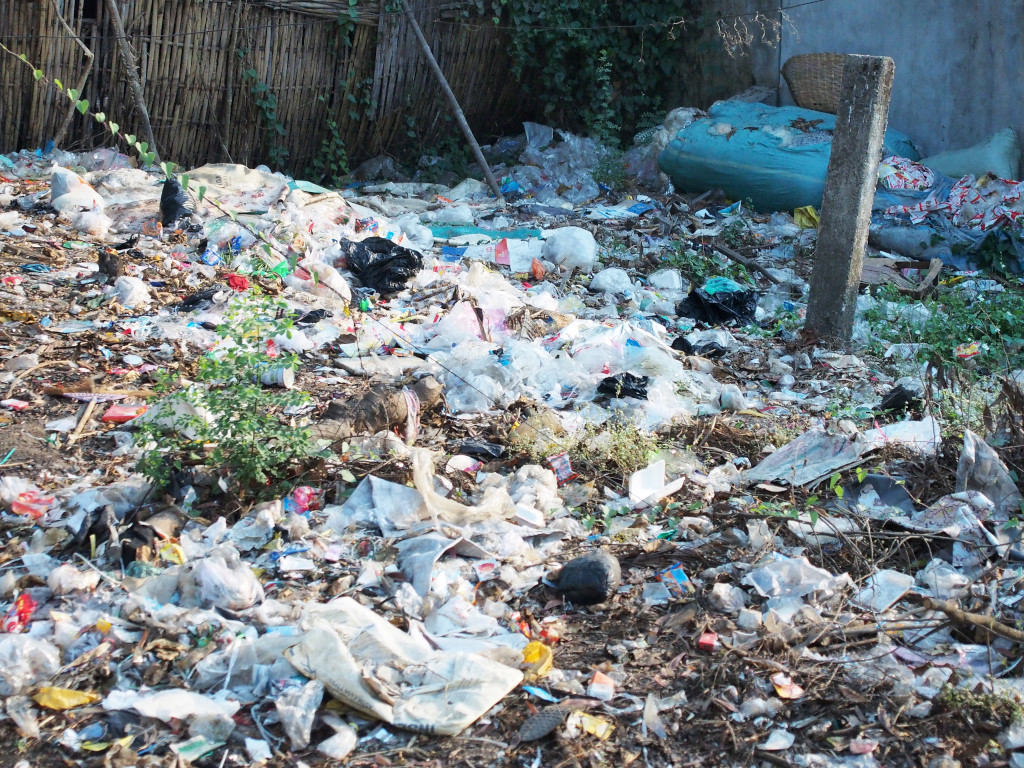 The window in a door at the end of the car is open and provides ample opportunity to take high speed shots that could possibly amount to something. Some stations are anchored by long concrete platforms and large signs, lettered in both Roman as well as Burmese names, while other platforms are nothing more than slivers with concrete siding amidst the garbage-strewn scrub.

The decaying world we pass through could compete with the worst of India, although the stench of urine and feces are never even vaguely apparent here. 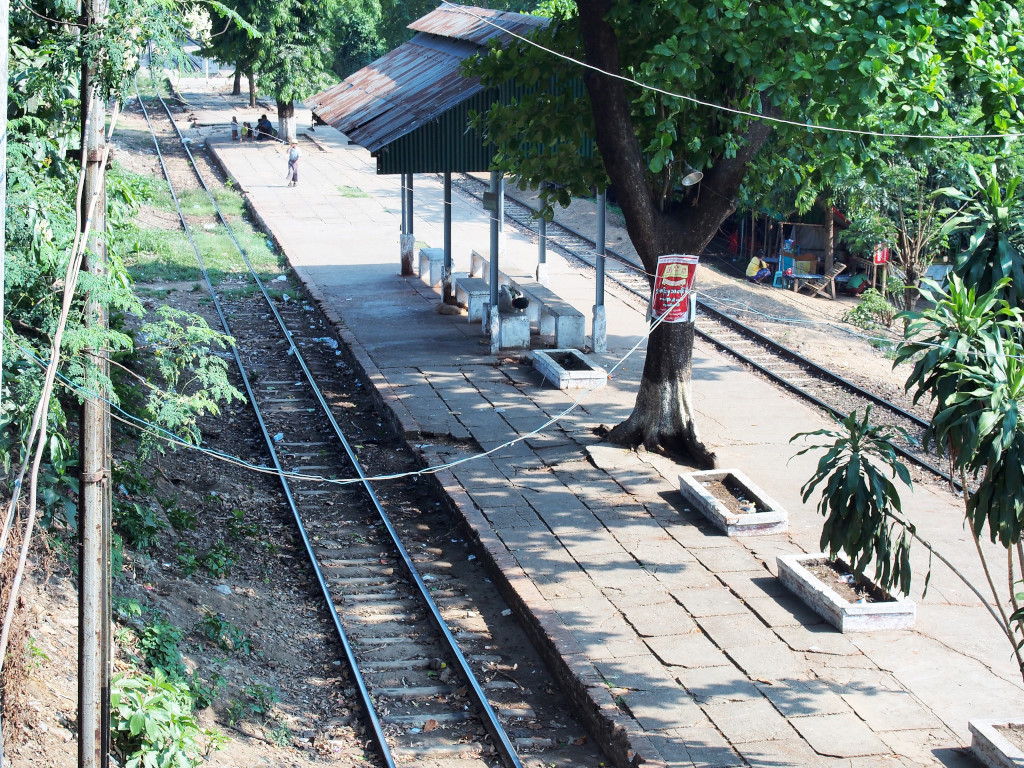 The train is an endless source of fascination for the populace we pass by, just as the eyes of many locals remain glued to the few foreigners on the train itself. I capture random theatrics with my camera poised at the passing encampments, largely dominated by the continuous spectacle of locals sifting through mountains of fetid garbage. 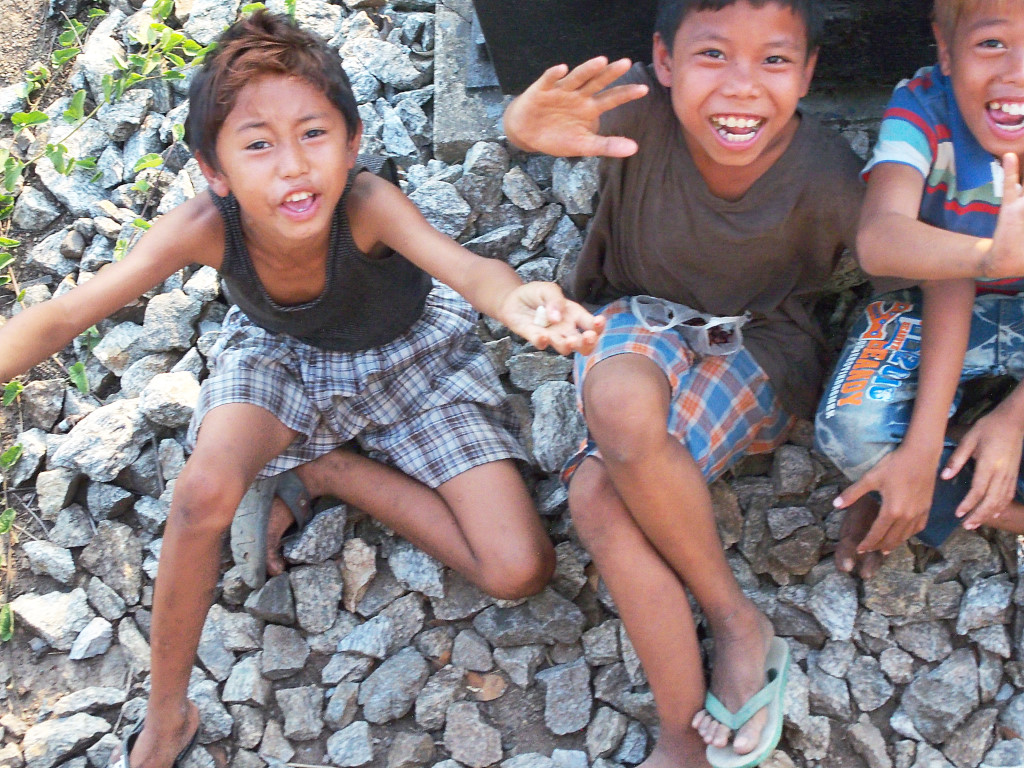 It seems my cohorts take excellent pictures with their cell phones in the diminishing light, even at some velocity, whereas the pictures I take with my new camera are essentially terrible under the same conditions. Happily, when I return to the hotel and review the photos later on, some of the many I took are still reasonably good and have turned out quite admirably. 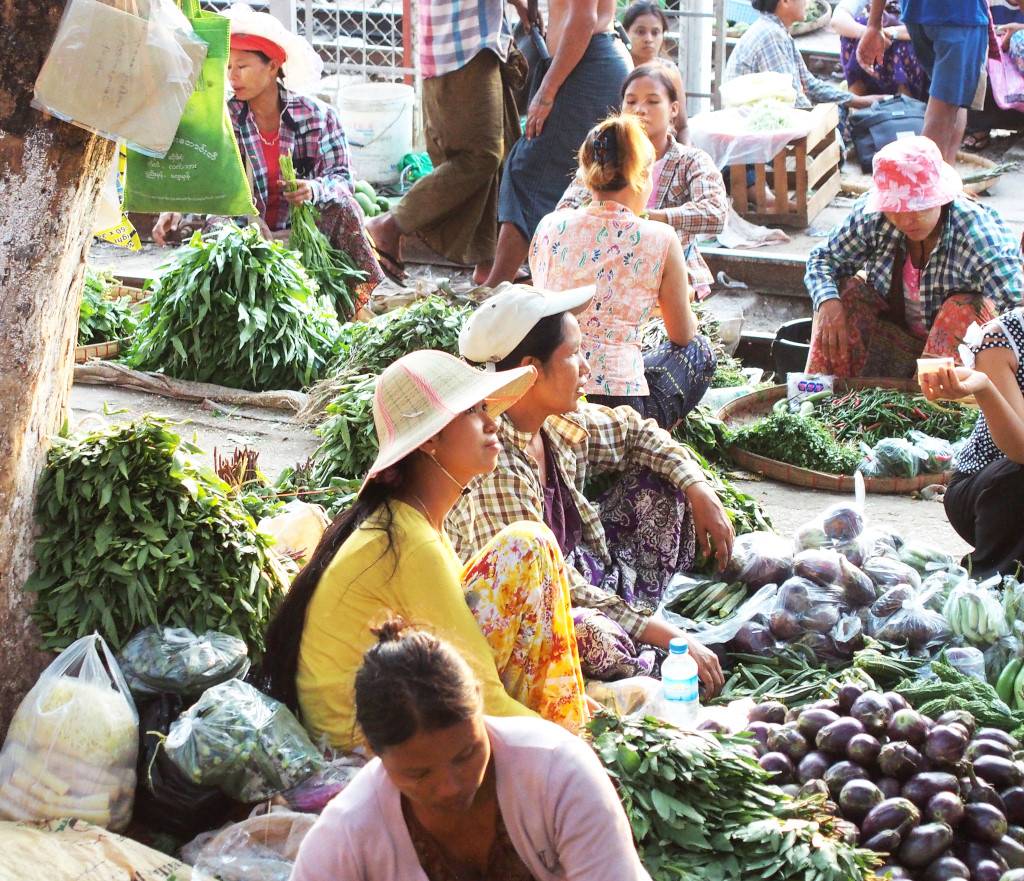 In the end, there is very little to see outside of the garbage-strewn tree-lined corridor we amble along, the bulk of the circuit outside the inner city uniformly dilapidated and impoverished, while the return to the core areas heralds a concentration of new and imposing villas, followed by dense, tall apartment buildings bristling in the core of the city, a revealing tale of dramatically differing classes of wealth. 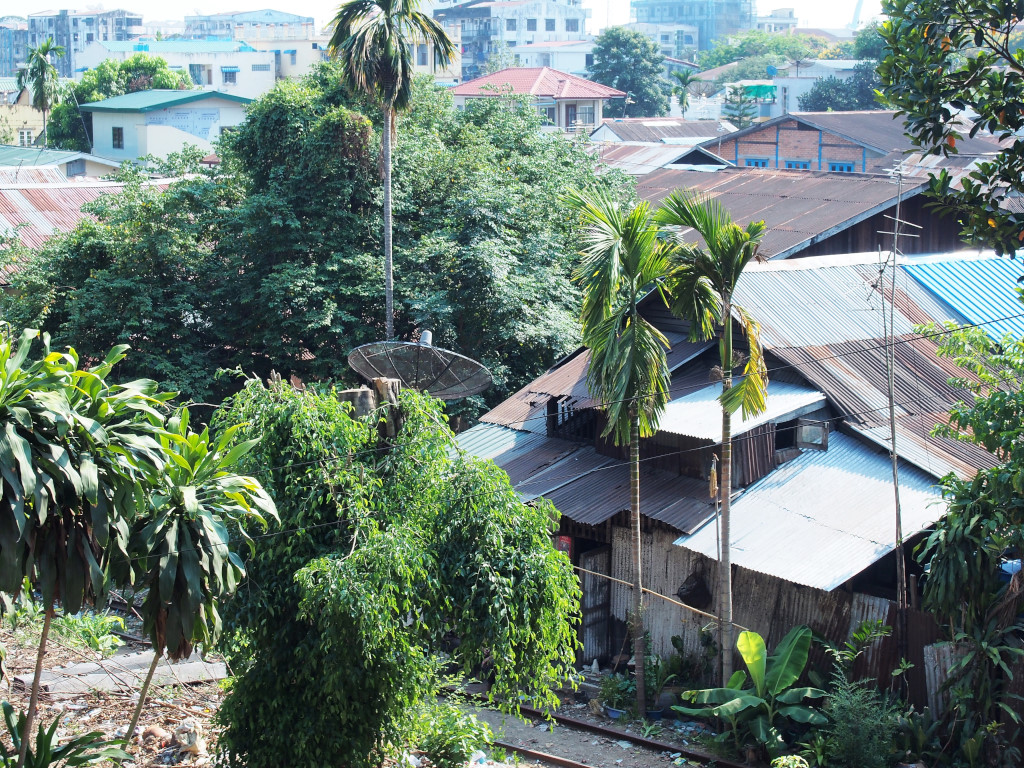 The northern portions of the track follow through largely agricultural land, although outside the core area downtown it would be difficult to classify much of Yangon as very urban. An interesting stop is offered when we broach a combination of train station and market before the terrains turns altogether to countryside, the train platform crowded with thanaka-chalked vendors selling fresh black pepper, limes, eggplant, potato, cucumber, cress, sweet peppers, hot peppers, lotus buds, and so on. 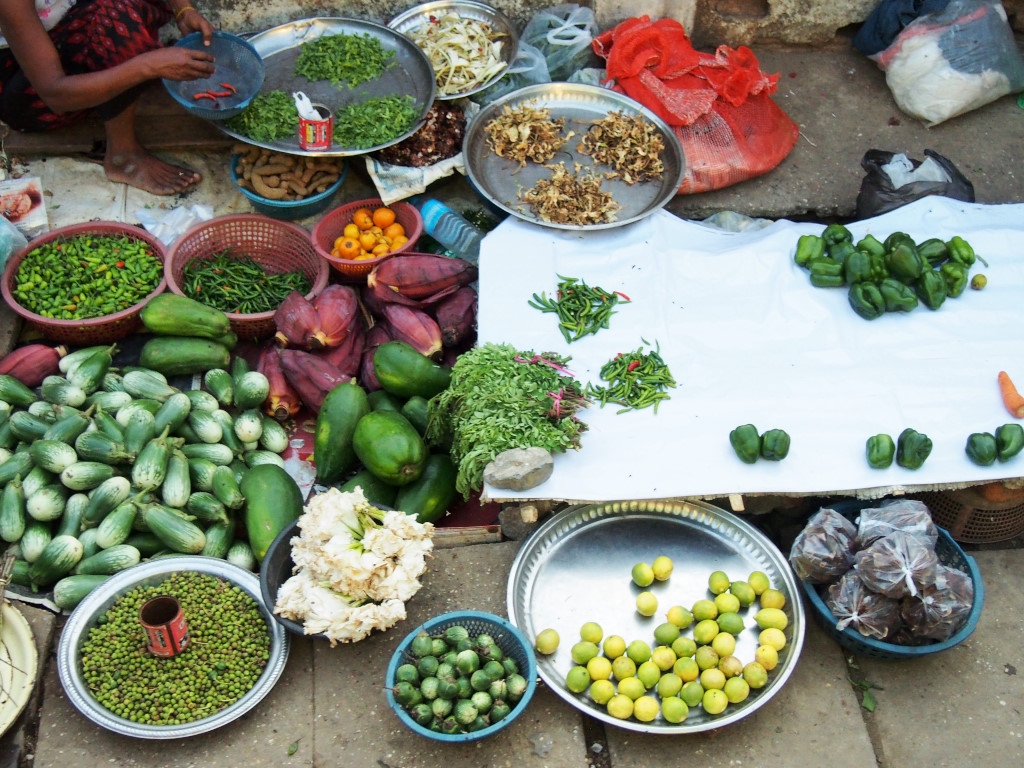 Buckets of water are thrown at the train at random intervals by early water festival celebrants, much to the consternation of soaked passengers. Copious amounts of watercress grow in the quagmire of sewage abutting the dilapidated shacks closest to the tracks, although the swaths of taro also in evidence are apparently not palatable. Unsurprisingly, amidst the suburban squalor, young men are intent on their improvised games of cane ball. 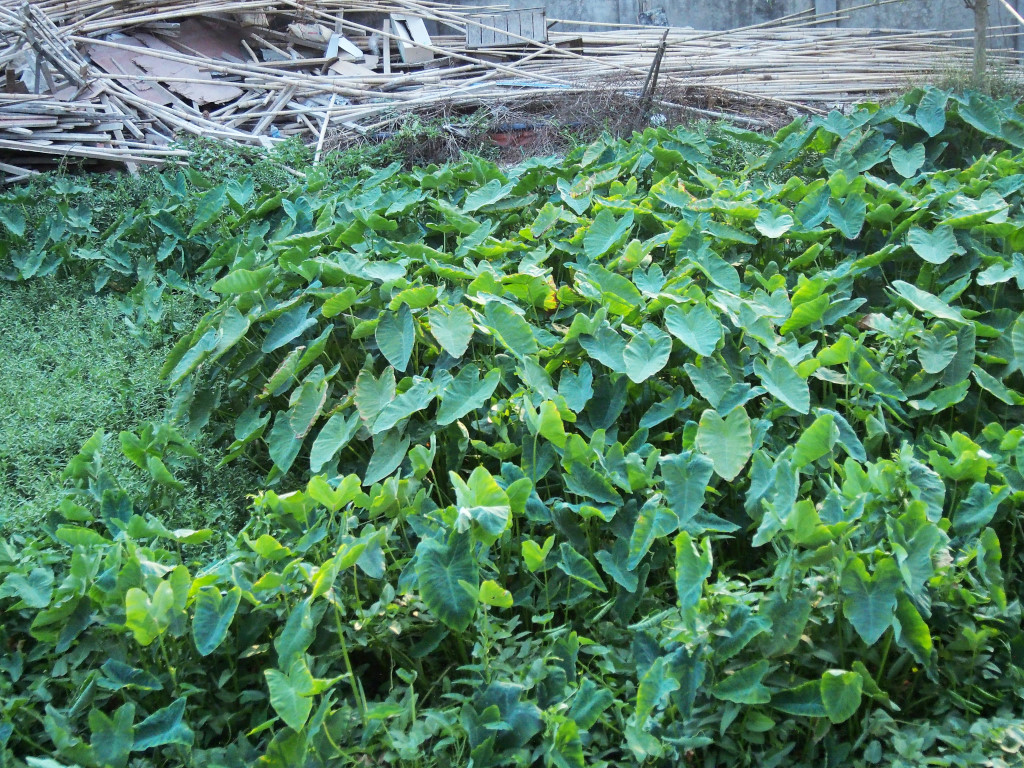 Finally looping back to the southern portion of the city in the emerging darkness, large buildings return in concentration, newer, better maintained, the now thin numbers of passengers disembarking at the city centre. 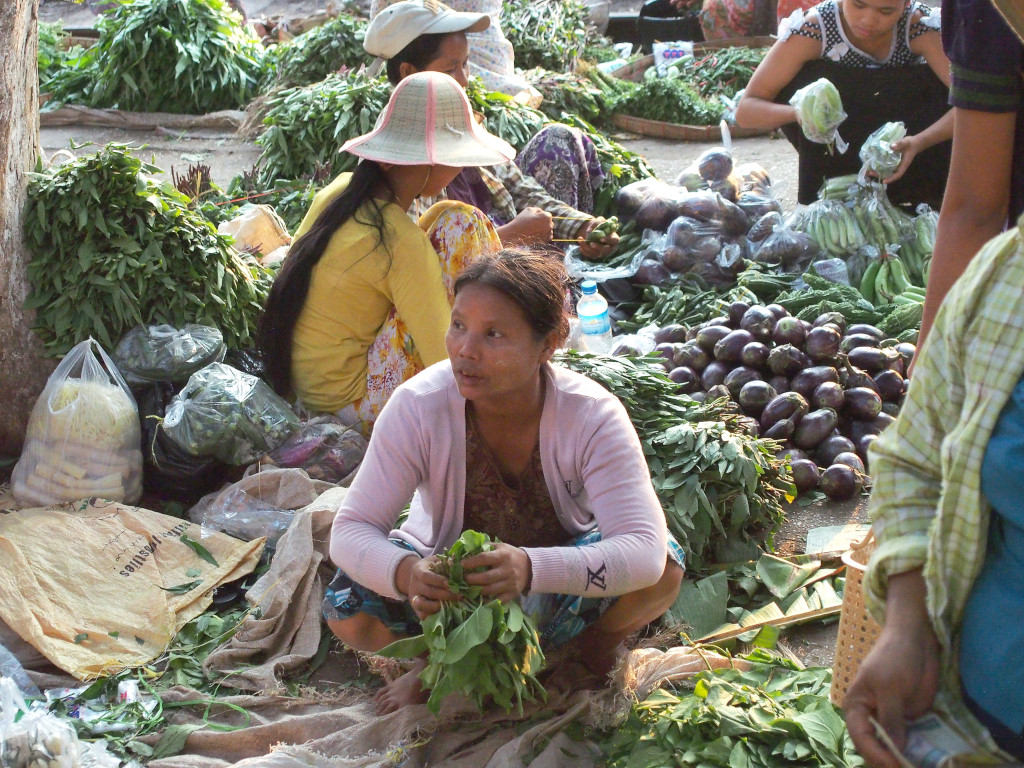 Leaving the gargantuan train station almost bereft of life other than a few trains filled with passengers and waiting to depart to some remote town, I wander along in what I take to be the direction of the city, although my path along the darkened road in fact heads westward, and only at a heavily trafficked road ahead does it become apparent that the illuminated golden dome to the left is Sule Paya, my final destination. 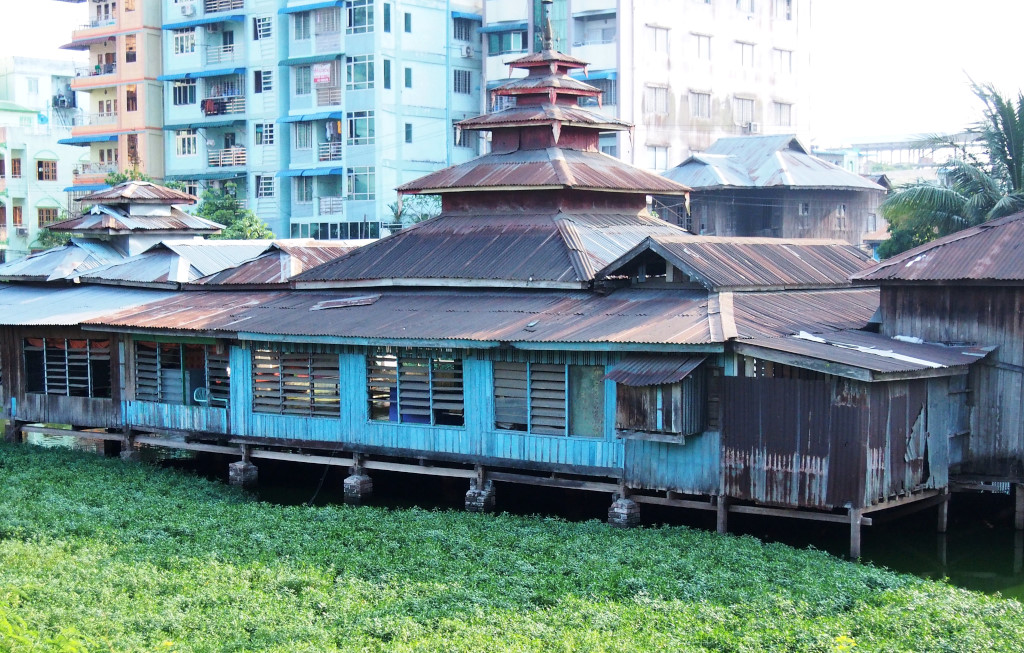 Peering both ways along the road, a young woman asks me in almost flawless English if I need assistance, although with Sule Paya as beacon, I can easily navigate on my own. She leads me to the overhead walkway crossing Sule Pagoda for the best view, the shimmering nocturnal beauty of the city’s golden stupa not as meaningful to her as some, given that she is a Kachin Roman Catholic from Myitkyina, here to visit her sister who lives nearby, and en route to her ultimate destination in Singapore. 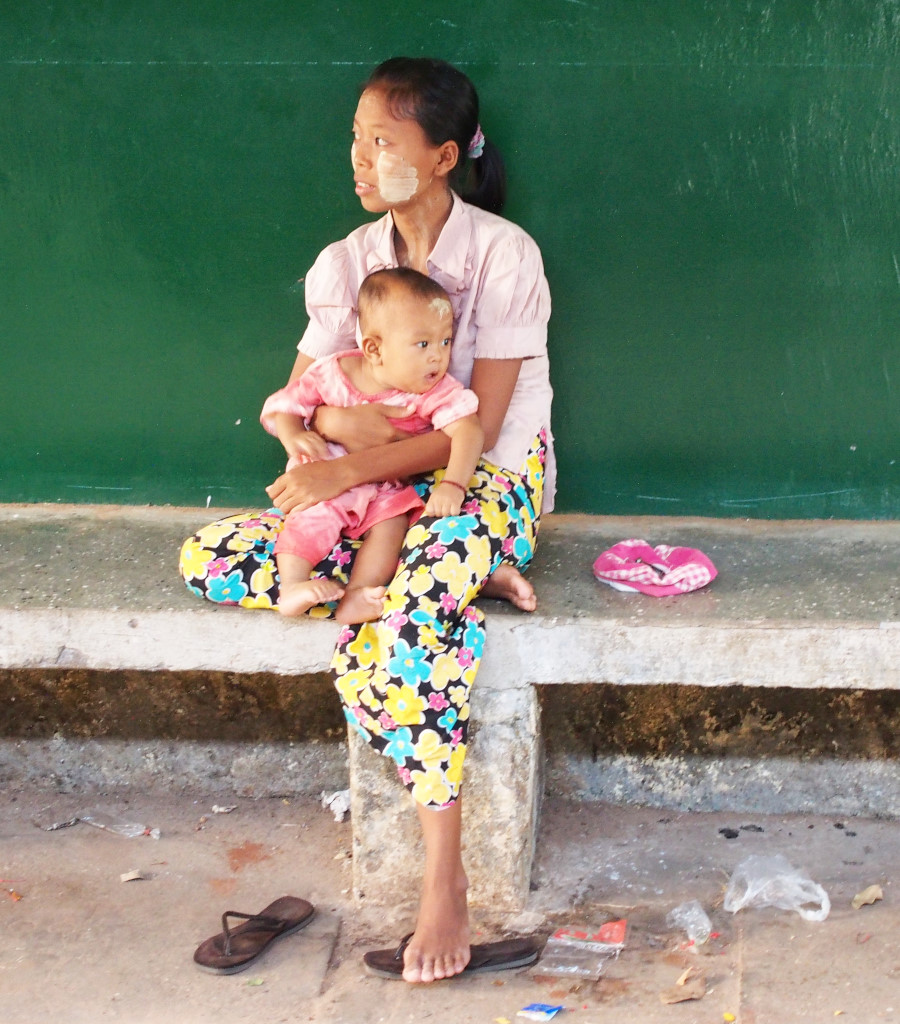 We wander through the heavy inner cty traffic that never seems to abate, the parked cars and roadside food vendors on Sule Paya Road, past the downtown outlet of the Cafe Parisian, which I visited once during my earlier stay in Yangon, and then she is off, politely taking her leave.

Circling the golden dome, the historic structures dating back to the Raj are shrouded in darkness, but the bustle of the dense Indian core of the city has not abated for the evening, a dynamism that is a far cry from the otherwise relaxed and largely rural country. 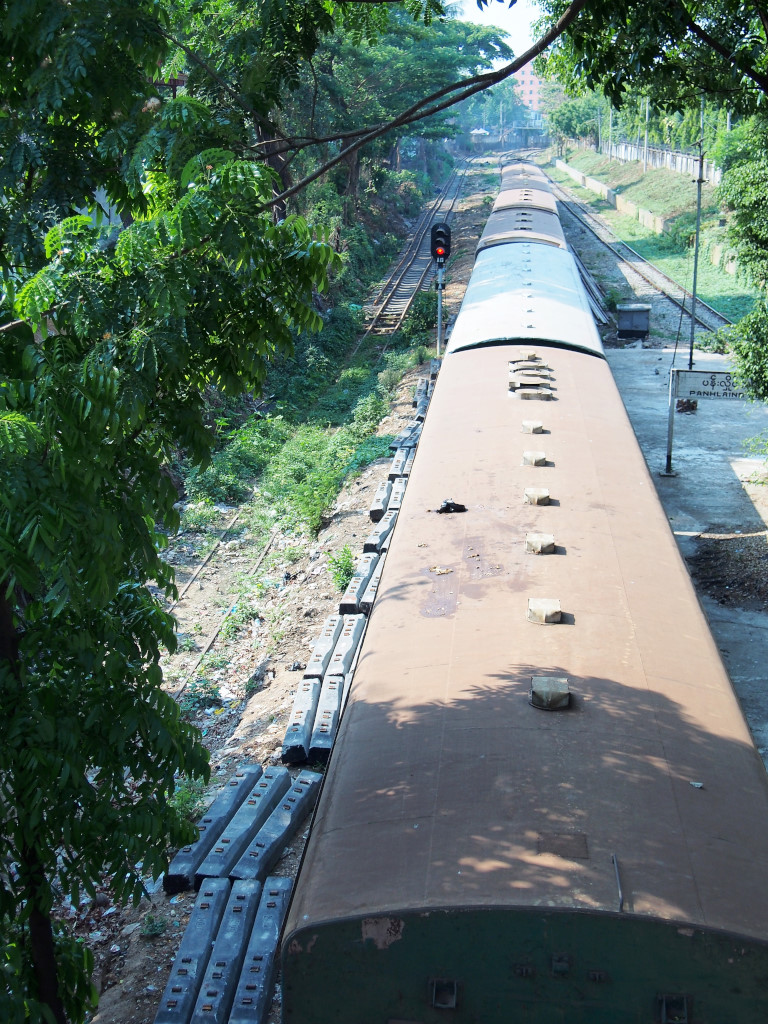 Although there are far fewer food vendors on the street as compared to the relentless daytime crush, the offering of locally-styled miniature samosas, vada, and falafel are phenomenal, a fitting prelude to my return through the horrendous crush on Anawrahta Street to Nilar’s, the wet tandoori chicken, biryani and paratha fabulous.

And finally, a ride on one of the imaginatively stitched together public transport jalopies that ply the roads leading east and west, the one I take rambling all the way westward towards Strand, then heading northwest directly towards the Great Treasure hotel’s doorstep. 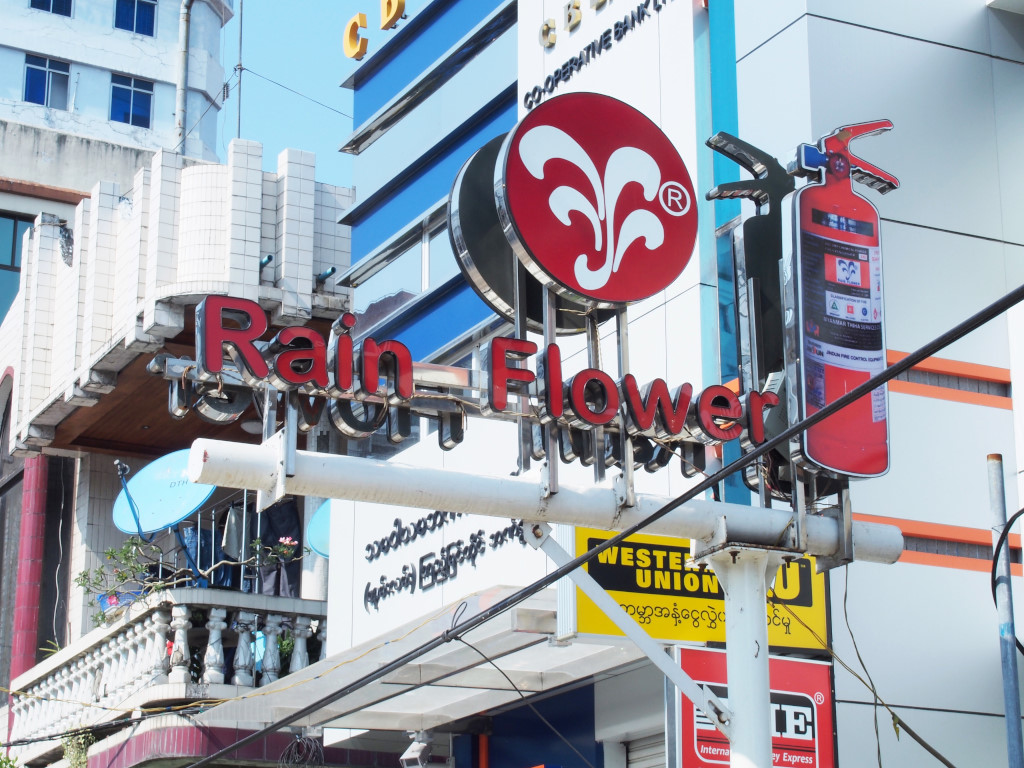