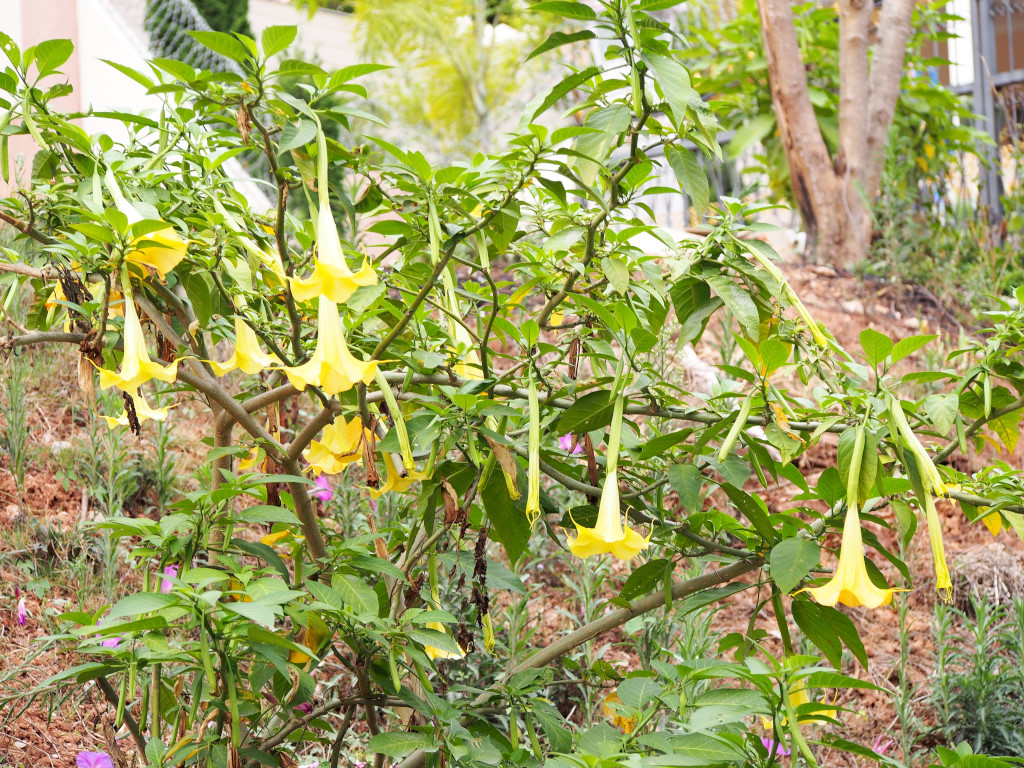 It seems like a fairly long stretch to be traveling anywhere today, given the dismal information that I have gotten so far with respect to travel possibilities during Thingyan in Myanmar. And as reasonably good a time I have actually had here so far, I just don’t want to be stuck in Nyaungshwe for the entirety of the Water Festival, never mind for days afterwards while tickets on the national buses begin to become available, and my tourist visa gradually reaches its expiration point.
A somewhat desultory breakfast on the rooftop terrace ensues, the views of the surrounding town the one legitimately enjoyable aspect of being in Nyaungshwe. Less enjoyable is hearing how tired the employees are serving the crowds of guests, their salaries amounting to 50,000 kyat a month ($50 U.S.), given that the same amount is the hotel’s nightly rack rate. One good reason to boycott the country – or at least its hotels. 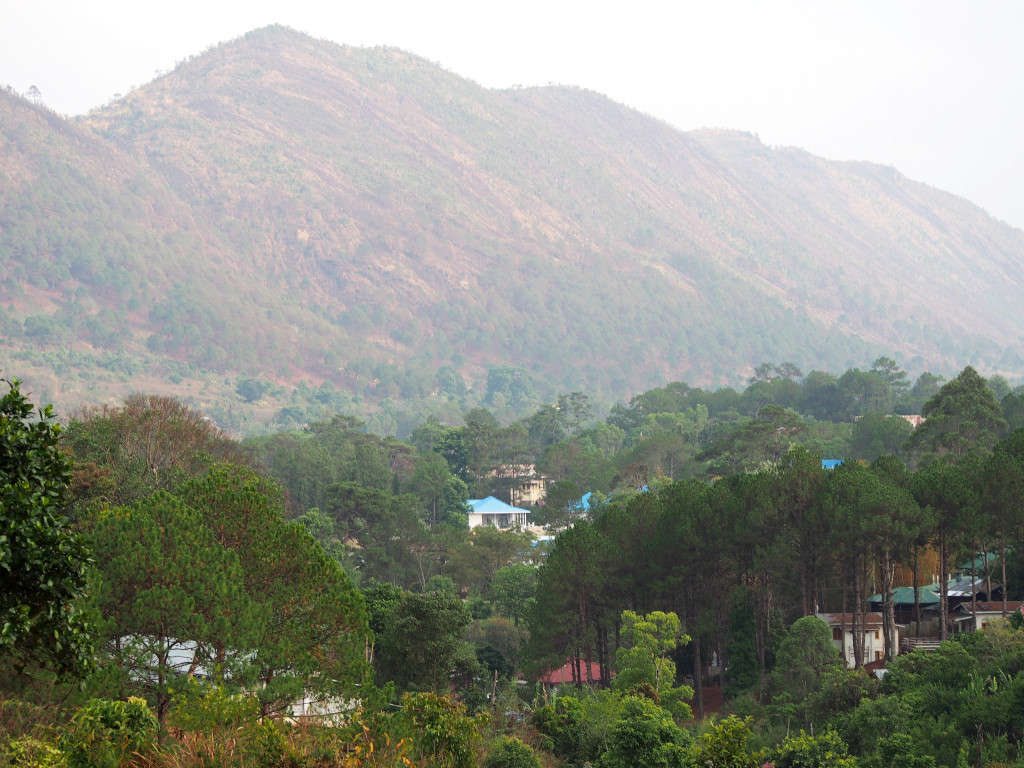 Bags packed, then off to the area of the bus station and bridge leading to Shwenyaung in hopes of actually conjuring any kind of transportation to the road junction, and then hoping for the best beyond.
The bigger trick is to avoid the hordes of young men tossing pails if not shooting jets of water onto the passers by, although most of the water-soaking effort in Thingyan seems to involve trucks loaded down with teenagers driving through an onslaught of water being launched by mostly boys in their own age group. To a lesser extent, small children toss pails of water befitting their size or shoot water pistols, but my concern is with the larger hoses that are guaranteed to drench you. 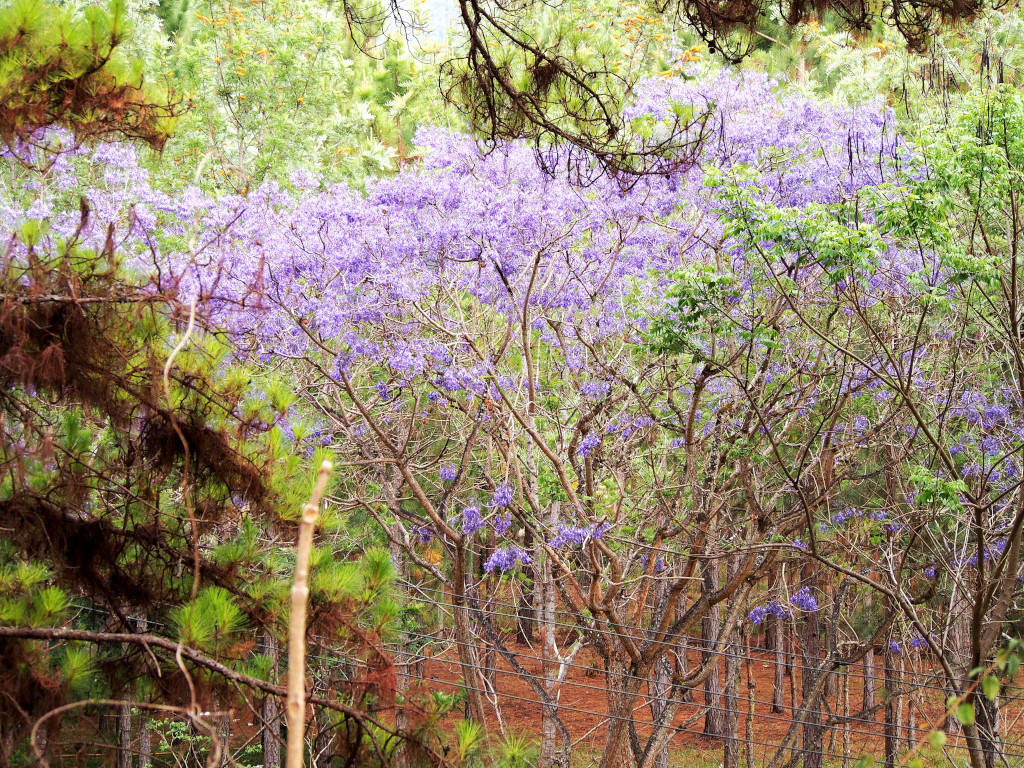 I wouldn’t normally care, having wrapped most of my things in plastic bags, but the computer and cameras are much more sensitive – and costly – to replace. Apparently flagging the energetic young men to not spray me should work, although I am not too convinced.
The entrance fare collection booth at the exit of town should in theory be a safer place to wait for a vehicle. However, it’s not as if there is any amount of public transport on the streets, largely empty except for the water throwing crowd, standing next to their big plastic barrels of water and huge sound systems pumping out everything from mainstream pop to complex back beats to wailing guitar rock – all at an incredible volume, telling, given the regular power outages suffered here. 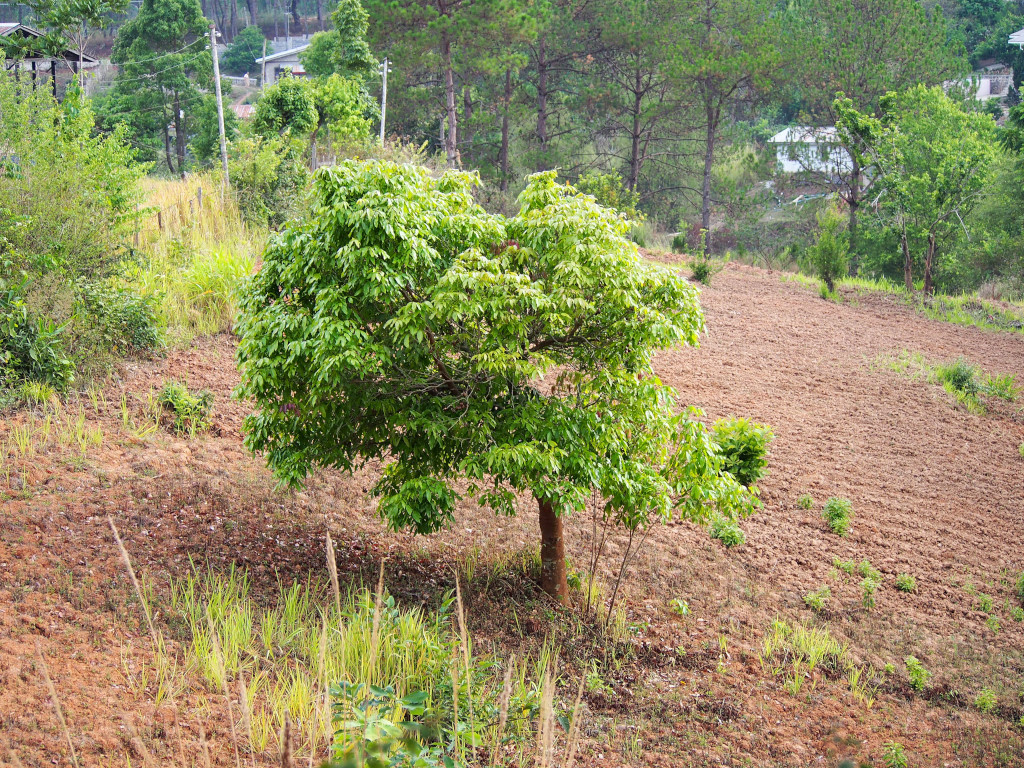 Eventually, a small pickup stops and allows me to cram myself and backpacks amidst the boxes of fruit in the enclosed back, which should hopefully be shielded from the constant onslaught of water from the groups of young men along the road.
The driver and his wife are returning from the market in Nyaunghshwe, which they visit on an alternating basis with Shwenyaung. The intersection with the main road is a regular zoo of activity, mostly focused on the larger hordes of young men targeting the cars, trucks and buses that pass by, the flatbeds loaded with their own ilk wanting to get soaked as they jump up and down cheering to the backbeat of the loud music, the passengers of the remaining open vehicles cringing at the idea of getting drenched. 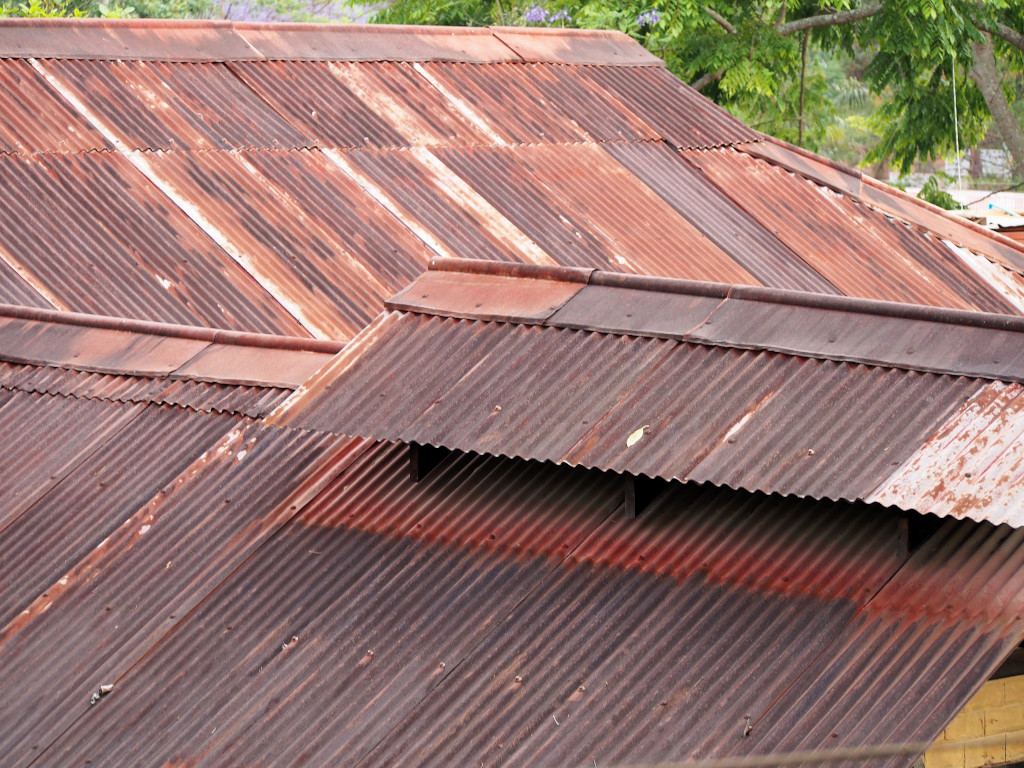 Since the tea shop where the journey to Nyaungshwe began is closed, the space it normally occupies provides a good place to hide from the ribald proceedings on the street. Another wait ensues that proves to dissolve into nothingness, part of the morning’s lengthy internet session having involved looking for cheap hotel rates during the Water Festival in Nyaunghshwe, just in case there is absolutely no way of moving onwards.
A few buses pass, but are dedicated to tour groups, and they will definitely not be stopping for my benefit. An outlet of J.J. Express is located not far from where I stand, inviting me to wait with them, as they are expecting a vehicle from Taunggyi some time during the day. 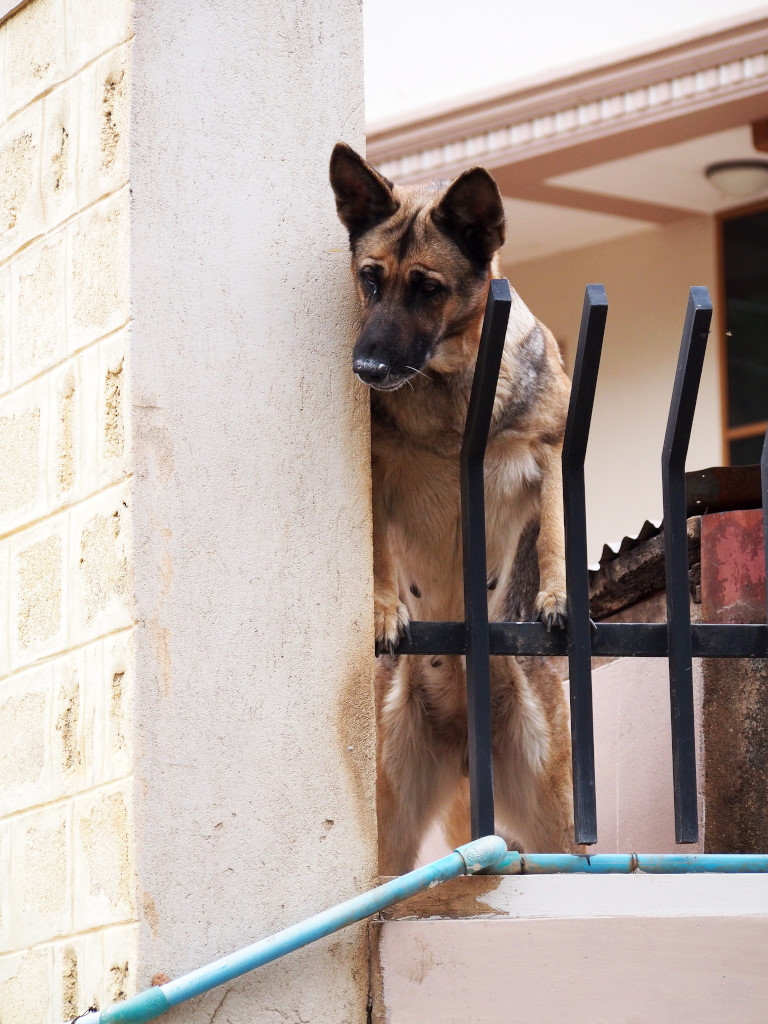 Originally, I had wanted to travel to Hsipaw to the north, but was told the local buses would take some 14 hours to get there, which at the best would mean traveling to Taunggyi, overnighting and then attempting to continue onwards to the north on local transport. Alternatively, I could head west towards Meiktila, overnight, and then travel onwards towards Magwe and then finally Mrauk U.
So where I end up would amount to which direction a bus comes first. But yesterday evening it occurred to me that there are other attractions to the east of Meiktila, specifically Kalaw, with its hill station ambience, faux English historic buildings, cooler atmosphere and possibility of hikes throughout the area, including back towards Nyaunghshwe. 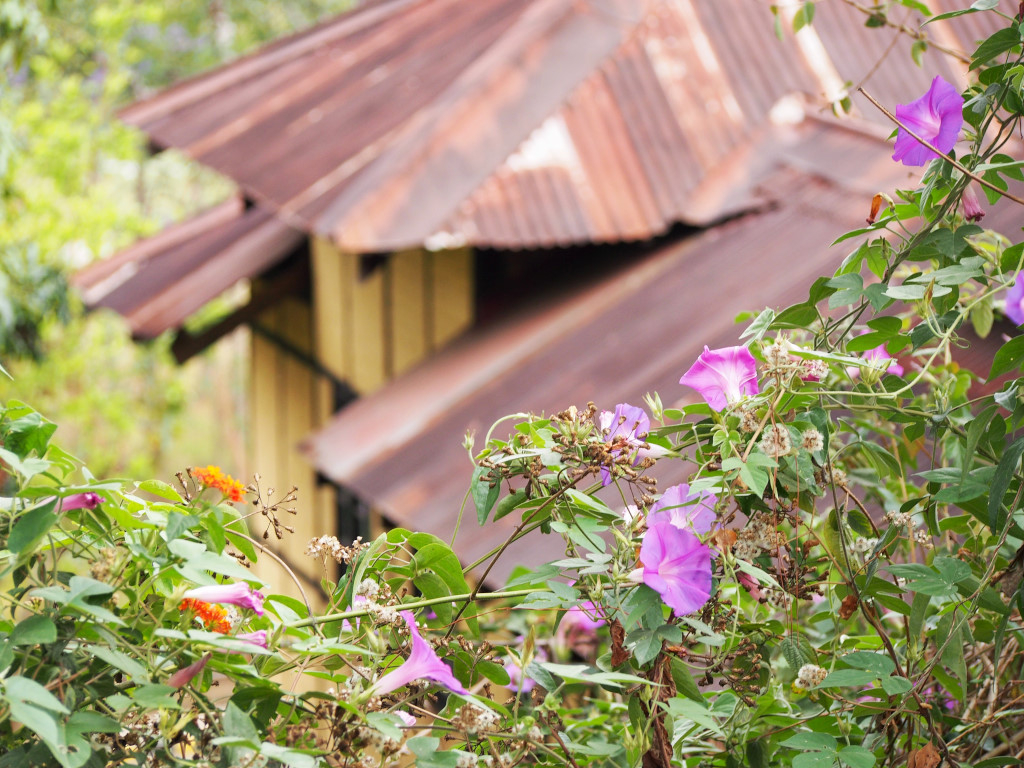 A passenger pickup stops and wants 5,000 kyat for the ride to Kalaw, which is not only totally overpriced, but the open back would mean getting completely drenched, which isn’t worth it, no matter what. I decline, preferring to take a bus, but they drop the price to 3,000 and tell me I can drop the canvass on the side, which seems like a reasonable option, although as we lumber along, the effort would seem harder than anticipated.
If people were only throwing pails of water, it wouldn’t be so bad, but they are using hoses they can target more easily, the back of our vehicle is open, and then the young men deliberately slow the traffic to be able to get a better aim by crowding onto the street.
With the relentless blasting techno, Thingyan here seems more of a big public rave for the young kids who couldn’t possibly find a similar nightclub-like atmosphere in whatever few local establishments that may cater to their party whims. 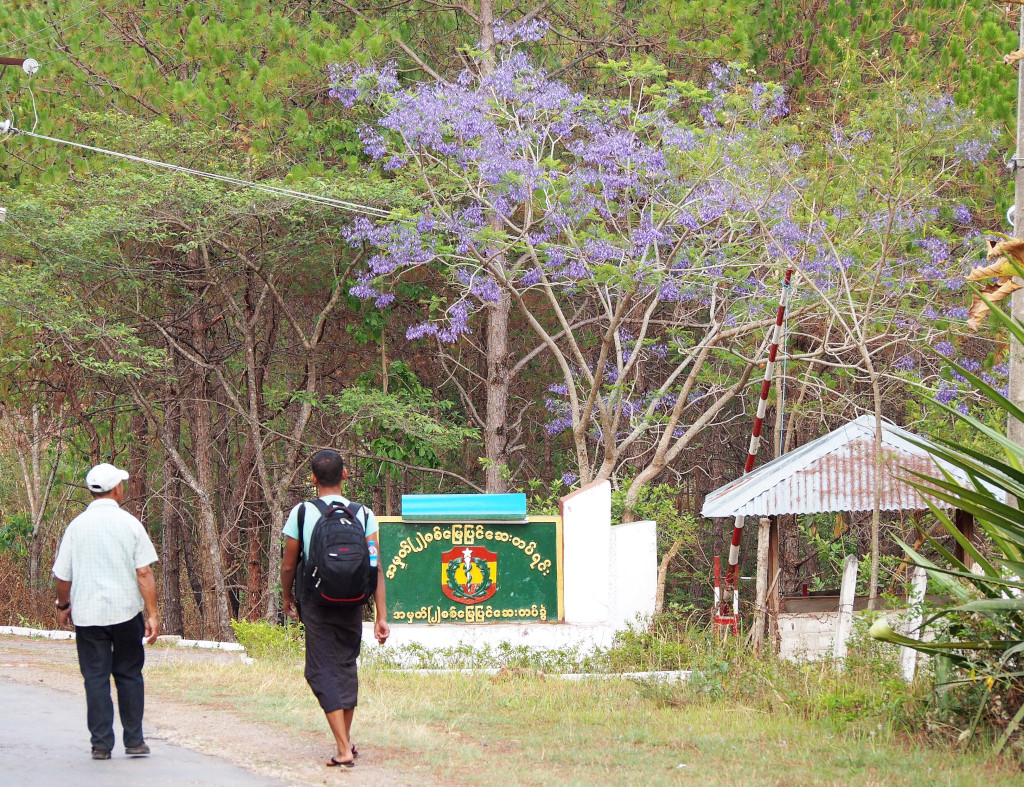 I clutch onto my daypack enveloped in my red raincoat, hoping for the best, the vehicle winding upwards along the serpentines into the greener and more verdant highlands of western Shan state, the sky clearing somewhat from the overcast haze that has settled in over Inle Lake.
As dawn had begun tentatively around Aung Ban further to the east on my journey four days before to Nyaunghshwe, I had entirely missed the forested hills around Kalaw, where a broad, flower-laden meridian separates the lanes of the main road in the town, the first sign of the town’s ostensible prestige.

The question of where to stay becomes the challenge now, given that I had booked nothing in town. Despite the high hotel prices and apparent lack of visitors at this time, the few – and barely memorable – establishments that I broach in town are apparently and somewhat shockingly full, although they appear as if they have been altogether abandoned.
The list of hotels in town I had studiously copied onto a little piece of paper and stuck in my pocket is of absolutely no use, since it got soaked on the way here and is now nothing more than a mere rag. So I will have to go from memory, following signs pointing in various directions away from the somewhat depressing central streets of the town. 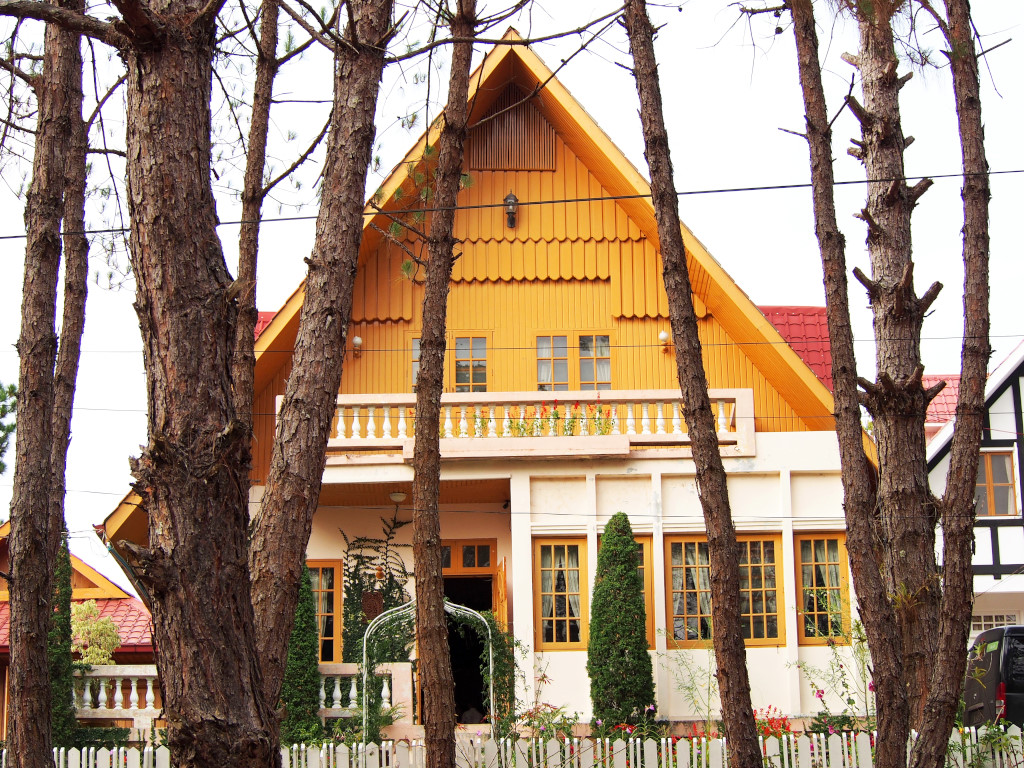 Within a few short blocks, the roads passage upwards into the far more verdant and private residential neighborhoods, and by the looks of houses here, command far more money than the vast majority of locals could dream of.
I begin with the Nature Land hotel II I had originally thought of staying in, located along a series of paths weaving higher and higher into the green. A short and completely inebriated Nepali-Burmese shouts directions from behind me at every turn, in his drunken ramblings enumerating the hotels en route, but as they successively turn out to be full, the only real benefit to the long walk is the increasingly scenic environment, which clearly demonstrates the beauty of the town and its environment, not even remotely obvious when standing anywhere near the run-down town centre.

We culminate in the English colonial residential enclave centred around the Amara Mountain Resort, the giant villa almost catty corner towards town belonging to a nephew of Thein Sein (one of the most powerful men in the country), and making it amply clear as to whose money is sunk into the sprawling colonial gems around us. But as expansive and inviting as the chalets at the Amara might be, I am not spending $180 a night, even if they were to give a significant discount.

The chalets look immense, and I can only imagine what the rooms are like. In fact, the surrounding environment recalls walks along the Wye River in western Herefordshire, although his area is far too unkempt to match England’s immaculate character – never mind far too overpriced.
A comical interlude arises when I tell my guide that I really don’t want to be spending that much money in this town – I live in the real world. But he either misunderstands or at least feigns misunderstanding, dramatically pulling a brochure from his pocket and announcing ‘Why didn’t you tell me you wanted to stay at the Railway hotel!’, the brochure corresponding to a hotel located apparently adjacent the railway station in town. 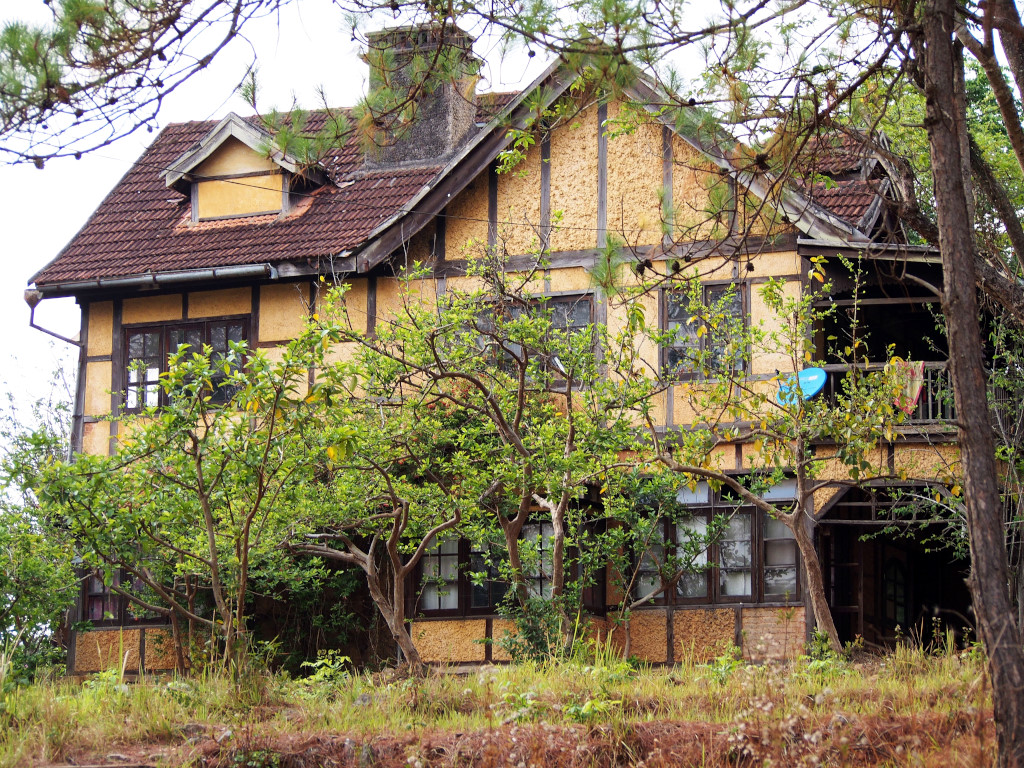 I comically repeat what I said to him as he just as dramatically repeats ‘Why didn’t you say rail road!’ Normally I am not easy prey for touts, but I can’t imagine this man followed me all the way up the hill in his state just to be able to promote the hotel of his choice last minute. In fact, his sister lives in a modest house sandwiched between the historic villas situated in this atmospheric enclave. 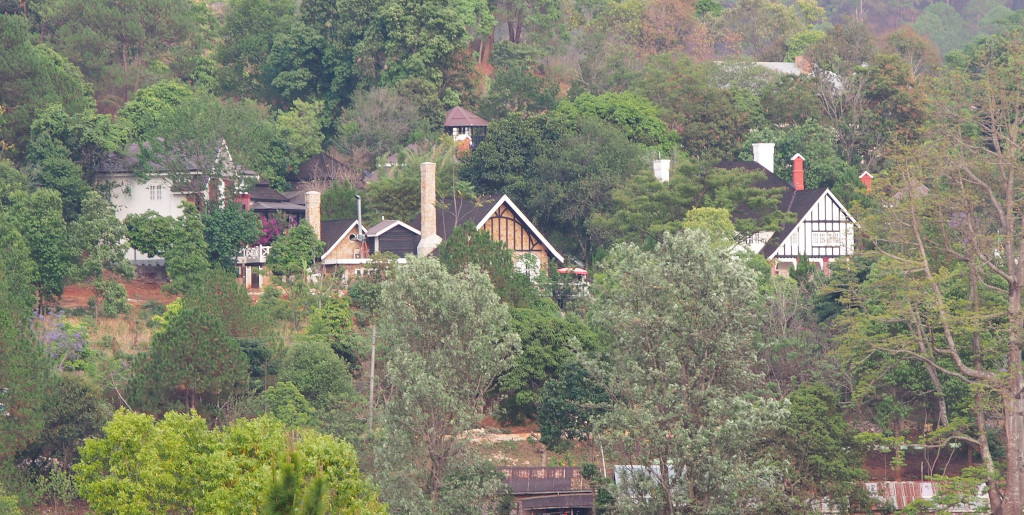 He returns to his house to call a car to drive us to the hotel, which we wait for but does not appear. He stares at every passing car, stumbling towards the passing vehicle and wanting to flag it down, while I caution him to stand back and let the vehicle pass, given that they are almost all out of town visitors.
I could be taking photos of this stunning countryside, but would rather just wrap up this wild goose chase, especially considering that the sky is hazing over and it will soon be dark. The car never appears and now the trip with my heavy packs returns back downhill, but along a different road, past more stunning and oversized country homes, through the largely untended forest setting and occasional tree brushed with lilac foliage, not much further downwards the outliers of the town reappearing.

The Railway hotel had looked mildly interesting from my inebriated friend’s brochure, but the sprawling bungalow overlooking a broad field set up with circus tents and the verdant mountains beyond couldn’t be a better choice. The large double room I am offered on the third floor overlooks the grounds, with two beds finished with comfortable duvets set against naturally stained wood-paneled walls.

The room features a slightly sloping attic ceiling, the entire outer wall wood-framed windows looking out over the travelling circus from which deafening guitar solos blare, the one drawback to being located here, although I can’t imagine much of the rest of the town avoiding the amplified noise levels of Thingyan. That said, I had wanted to see the circus in Shwenyaung, and with the grounds located literally in front of the hotel, it would be difficult to avoid visiting this circus that apparently travels through the country.
The room has some drawbacks, such as the small bathroom, low ceilings, and no air conditioning, although in this climate, the AC is probably not necessary anyway. The hotel looks charming, inviting, is very inexpensive and represents probably the best value I have seen anywhere in this country. So the unintended visit to Kalaw may actually be drawn out to something longer, especially with the potential of interesting hiking to the neighboring villages.