Images of the Wat Phra Si Ratana Mahathat. Quoting loosely from wikipedia: The largest and important historic temple in Si Satchanalai, Wat Phra Si Ratana Mahathat was built as Mahayana Buddhist temple in the late 12th century by the Khmer emperor Jayavarman VII, featuring an impressive prang and a compound surrounded by a thick laterite wall. The prang was built originally in the Bayon style, and was later converted to Ayuthaya style. The vihara features a large Buddha image and is framed with high laterite columns. The temple gate was decorated with a Brahma head facing in four directions, with apsara bas-reliefs. Behind the prang is situated a well-preserved mandapa, a standing Buddha image, and the ruin of Mon-styled stupa as well as many smaller Sri Lanka styled stupas 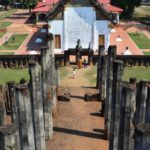 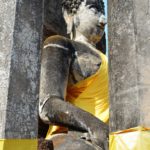 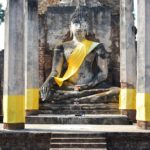 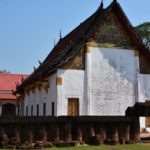 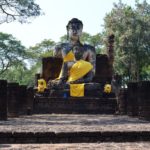 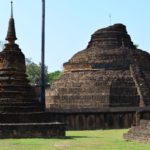 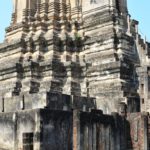 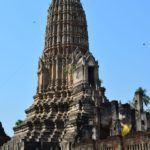 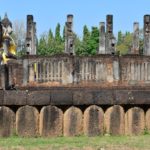 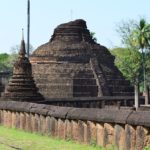 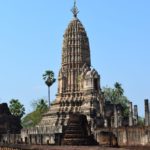 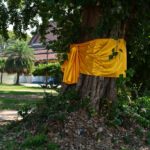 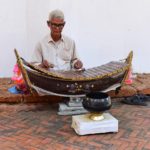 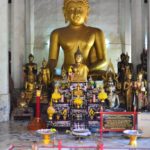