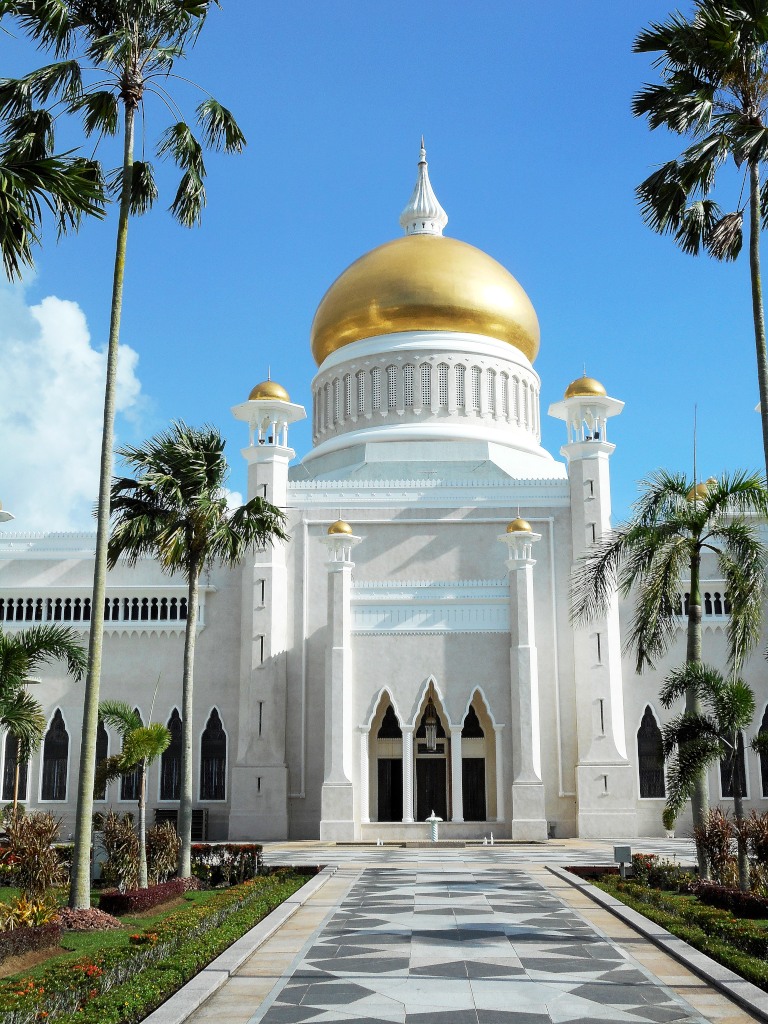 The short and thrilling boat ride brings me to the centre again for another day of random roaming around, now equipped with a camera in hand, however modest that camera may be. The latest fashions for devout but fashionable Malay women are on display in the tiny urban centre, whose limited size is amended by the sprawl of malls that radiates away from the town core. 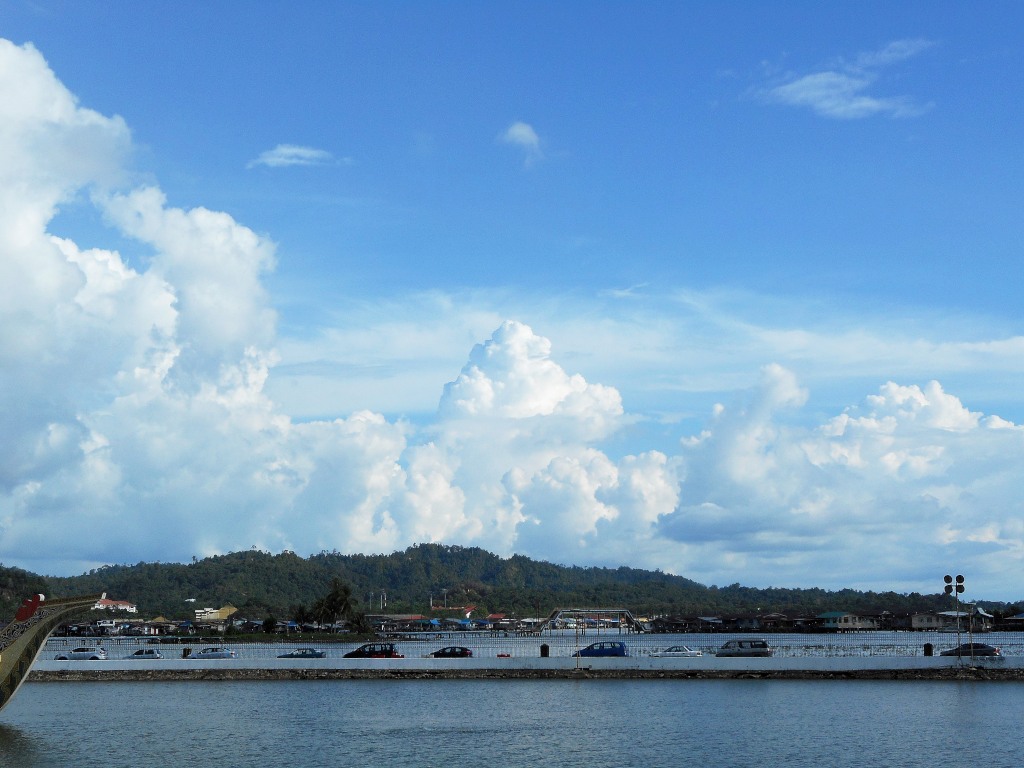 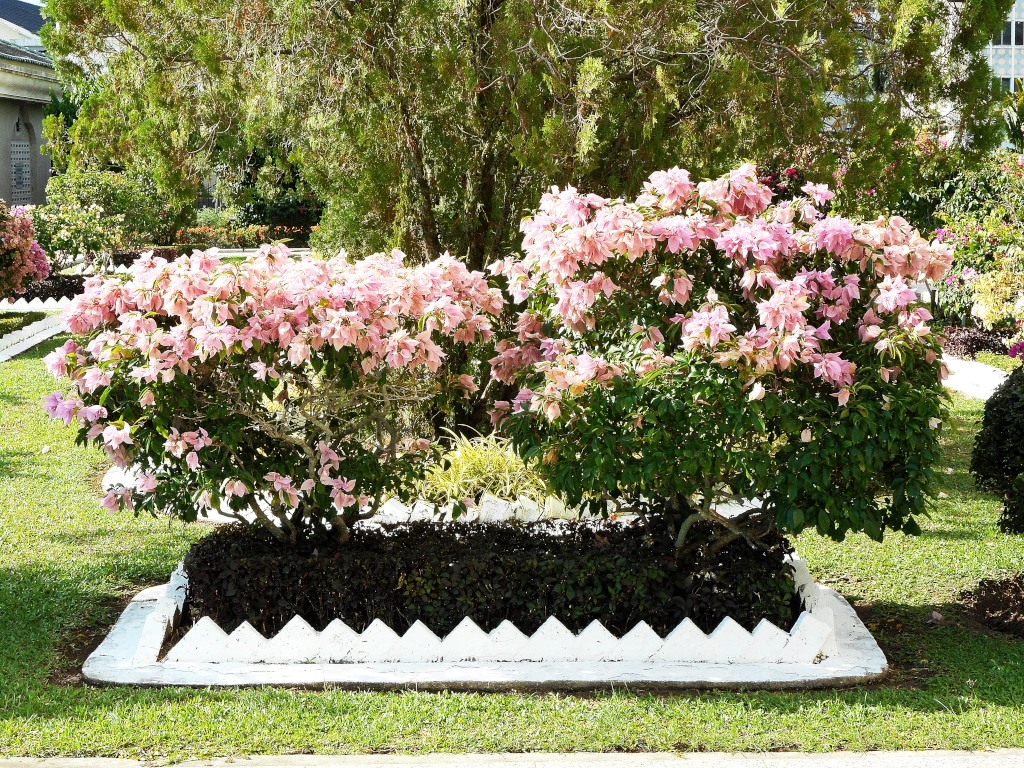 The centre of Bandar Seri Begawan features sculpted metal lampposts, cultivated gardens, and important ministries. Some semblance of sophistication is provided by the basic public art and a lone playing field, while the Malay brutalist sensibilities of some of the early modernist architecture caters to its ethnic heritage. The streets are almost abandoned, as always, but the parking inspectors are busy plying their trade. 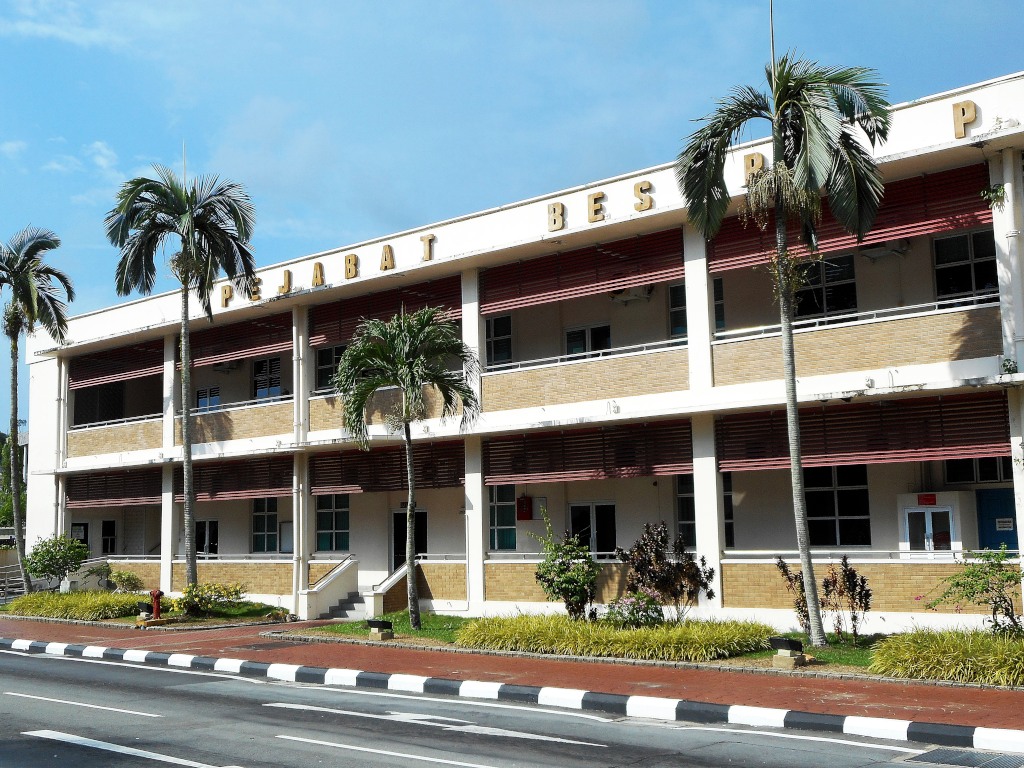 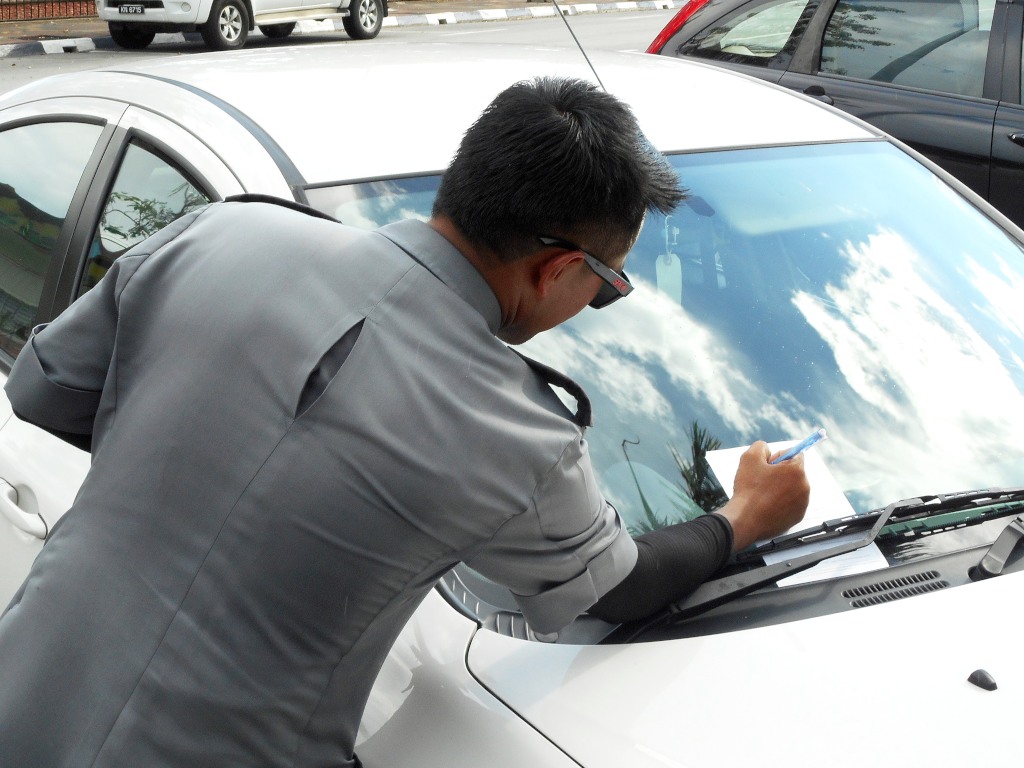 The crowning glory of the small town centre is of course the Sultan Omar Ali Saifuddien mosque, with its symmetrical whitewashed structure, crowned by a golden onion dome. The powerful impression of the structure is achieved by the contrast of cream and gold, and the simplicity of its lines, although as is typical of Muslim design, the apparently sheer surfaces may hide intricately patterned but extremely subdued designs. 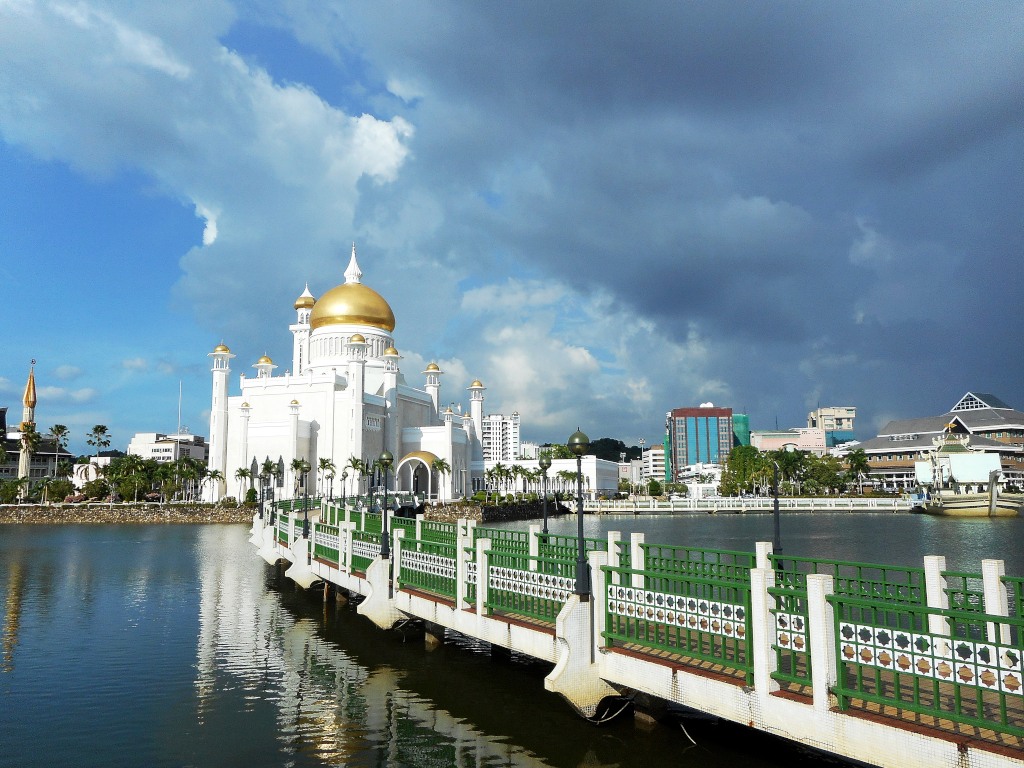 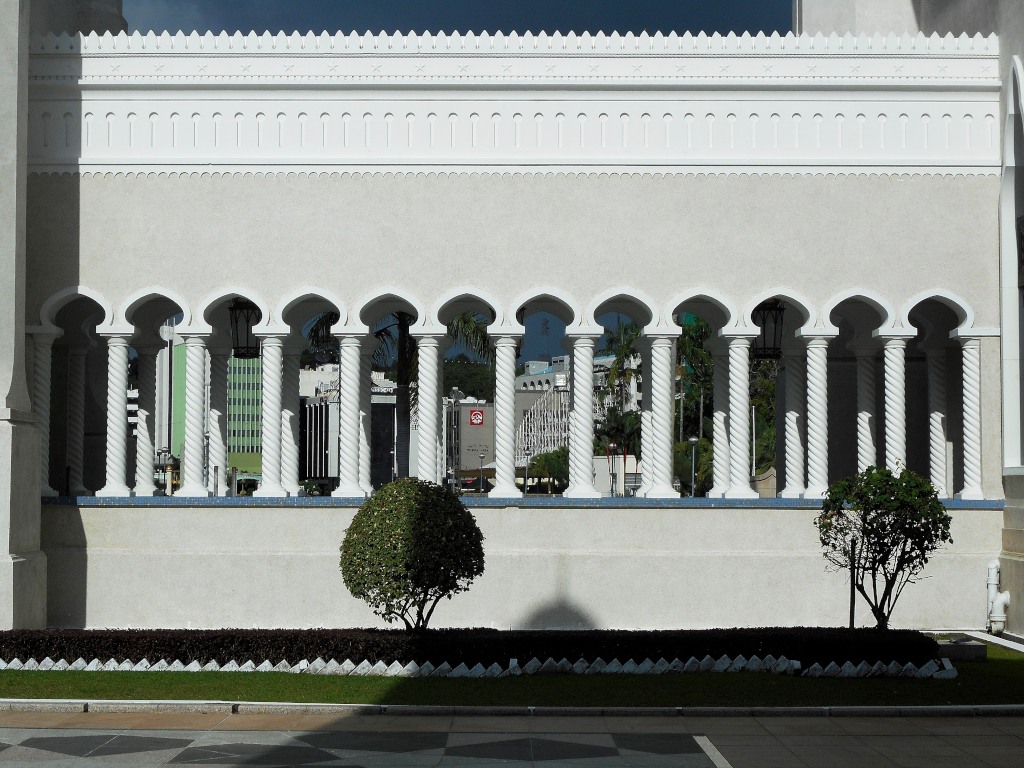 Wide patterned stone walkways radiate from the building towards the street, lined with tall slender palms. A minaret surges far above the structure, flanked by smaller domed columns at the corners of the building. 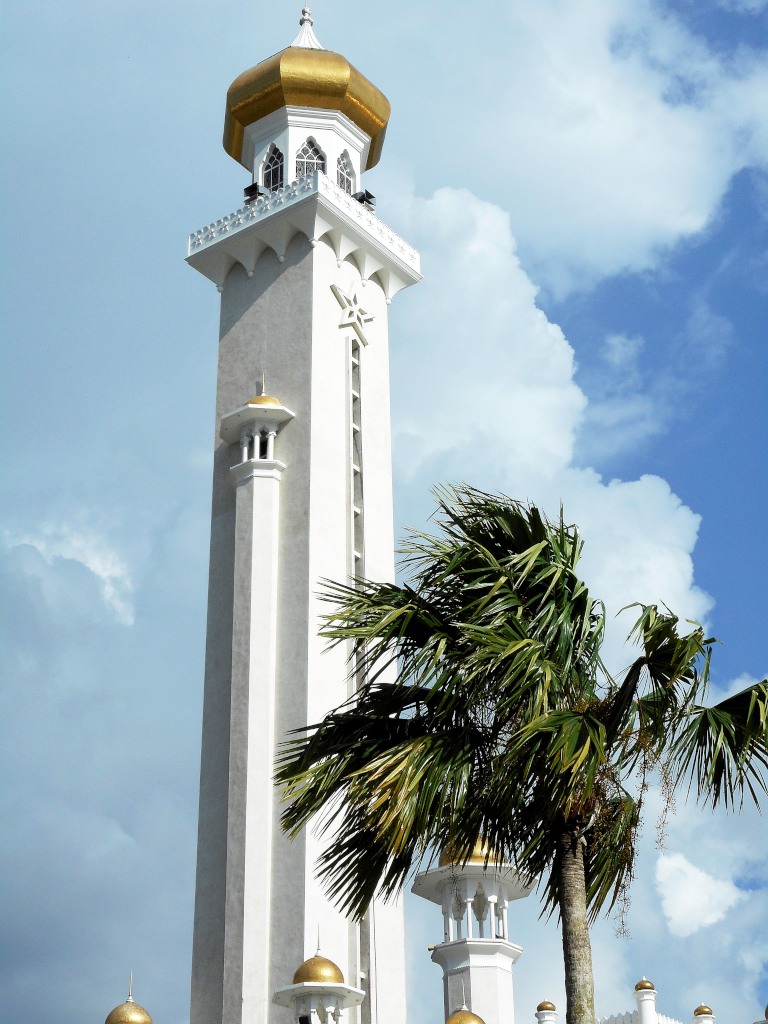 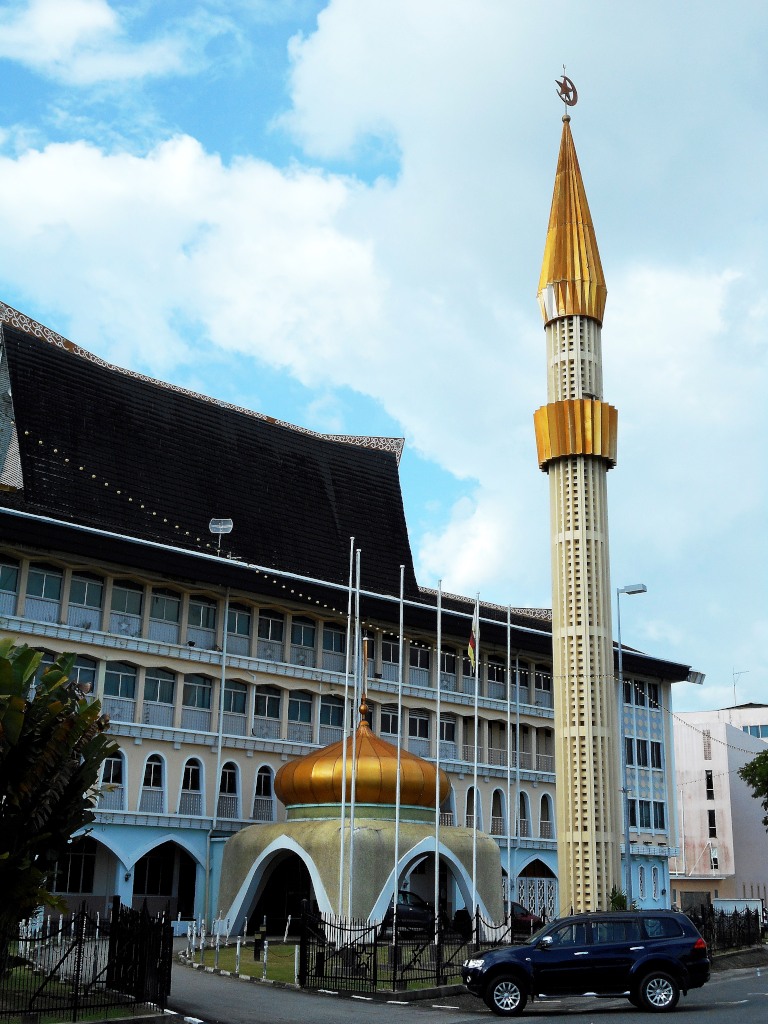 Narrow arched portals beckon the faithful to the mosque’s interior, interior passages sheltered from the outside world by a series of squat Moorish arches. The obligatory shallow pool with simple fountains occupies the plaza adjacent the structure. 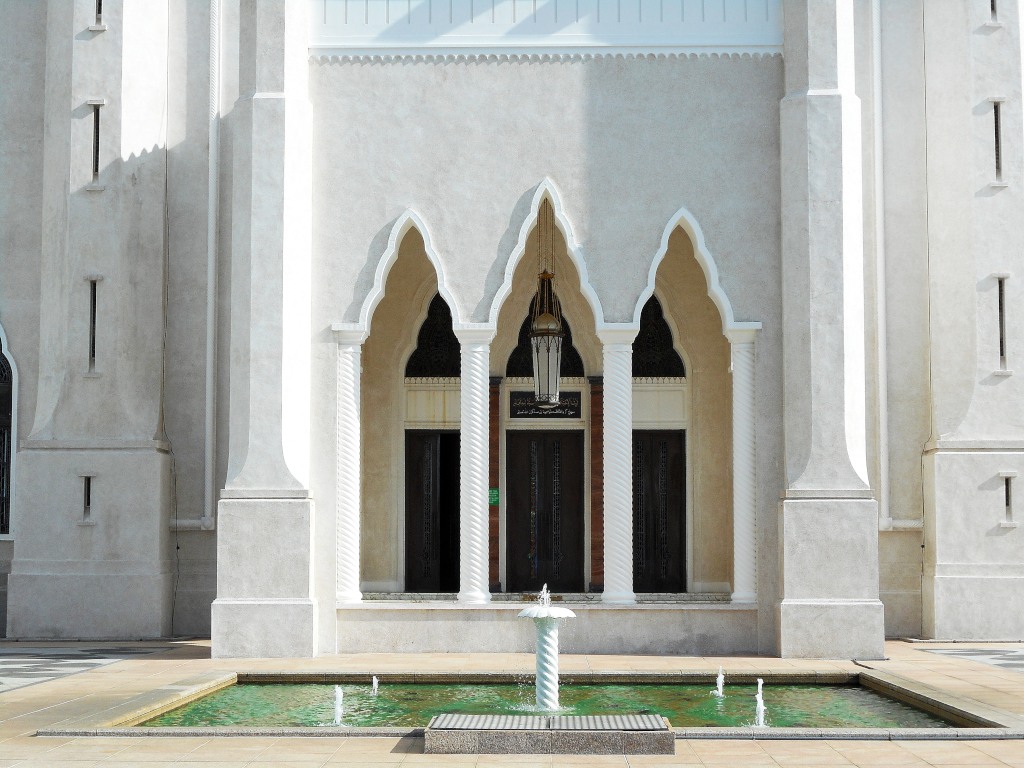 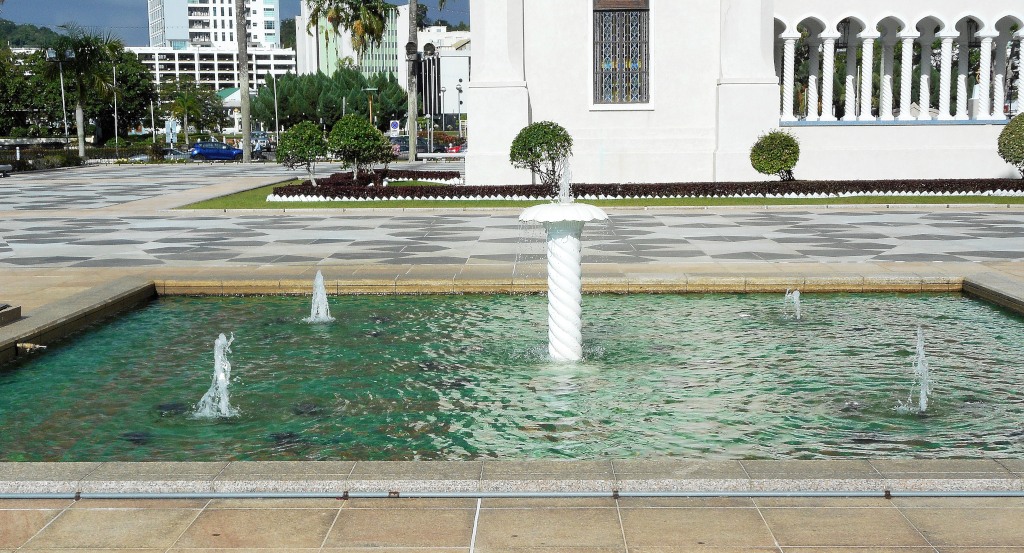 The views of the mosque improve considerably at a distance, particularly from the canal that delineates the back of the town centre. Being so small, it is easy to survey the town, the canal, as well as the river from numerous vantage points. 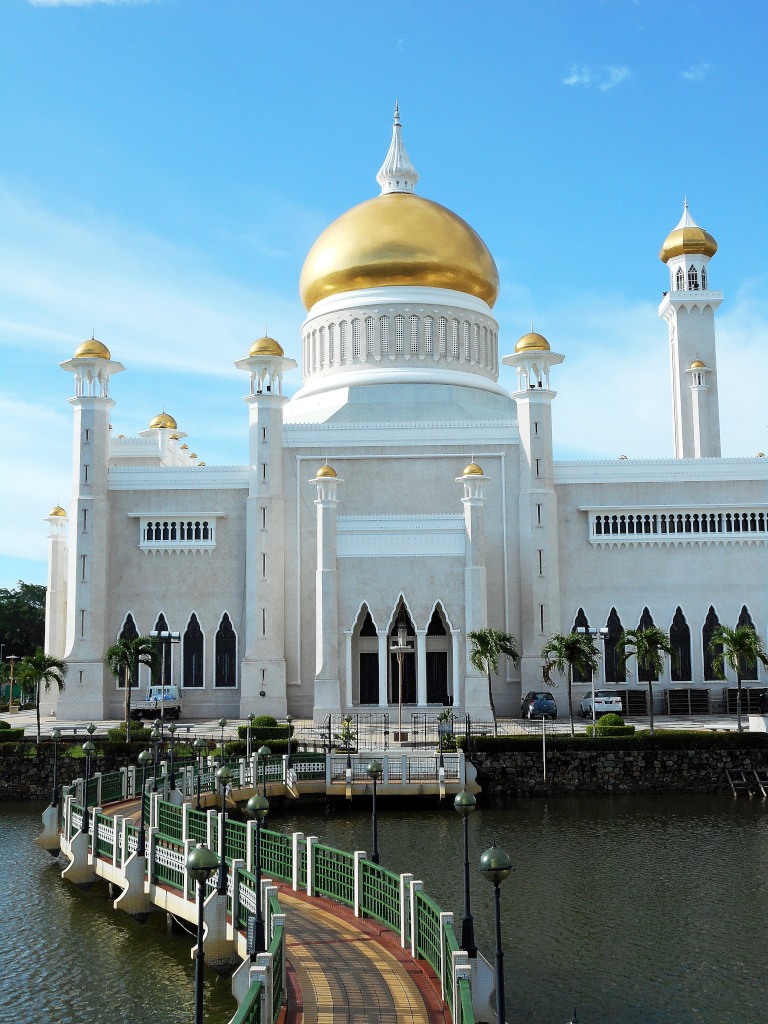 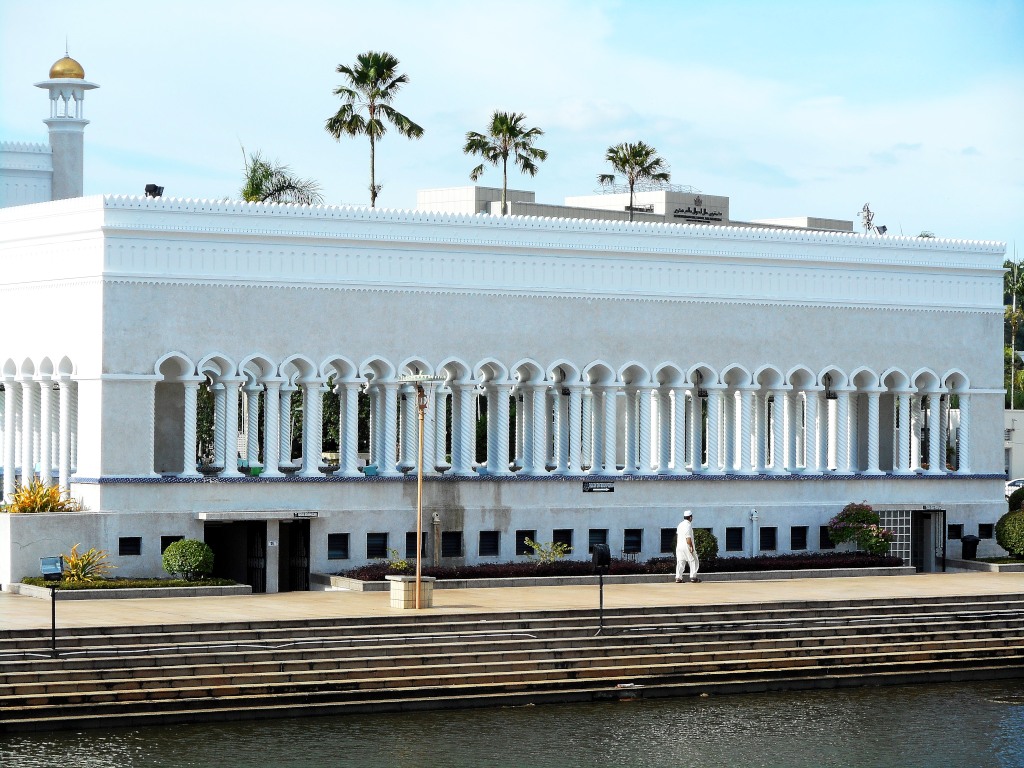 A fantastical decorative feature of the mosque is the narrow pier that extends onto the water, a curving green balustraded walkway culminating in an exuberant raised gazebo at the far end. A blue florally-patterned frieze adorns the paneling under the gabling, with gilt wings radiating from the corners of the roof. 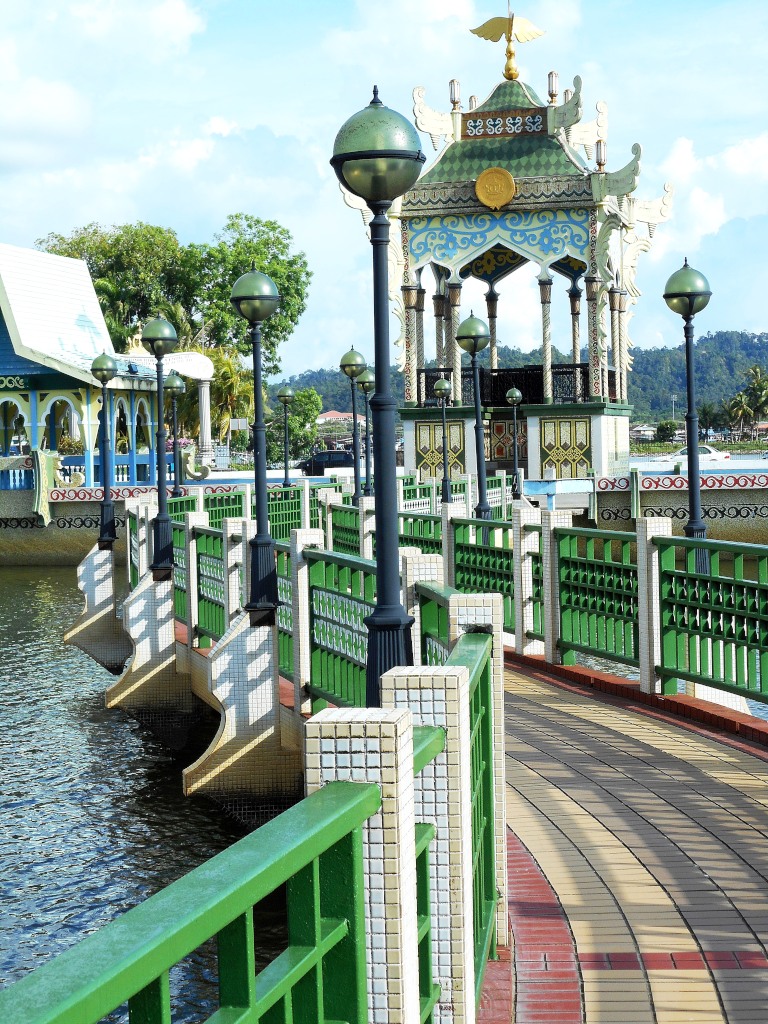 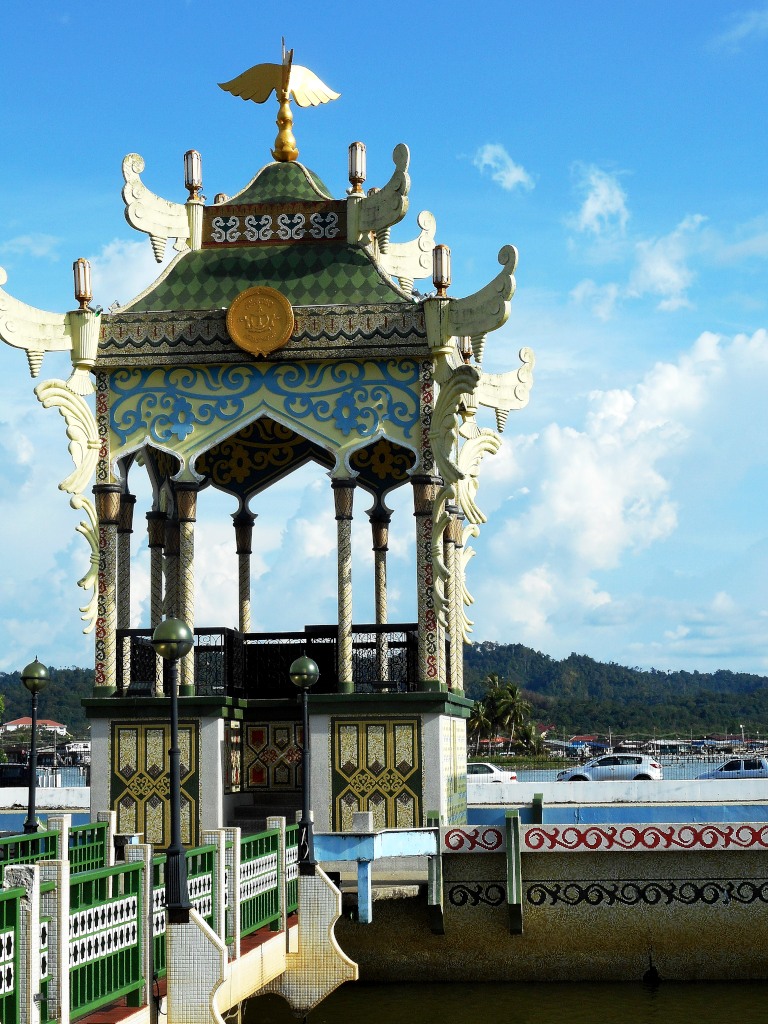 And back again into the tiny commercial core of Bandar Seri Begawan, with its mix of contemporary office buildings and older shophouse-style architecture. The town may not be particularly extravagant in its presentation, but the fact of being surrounded by water makes it a very pleasant, if not outright attractive place to visit. 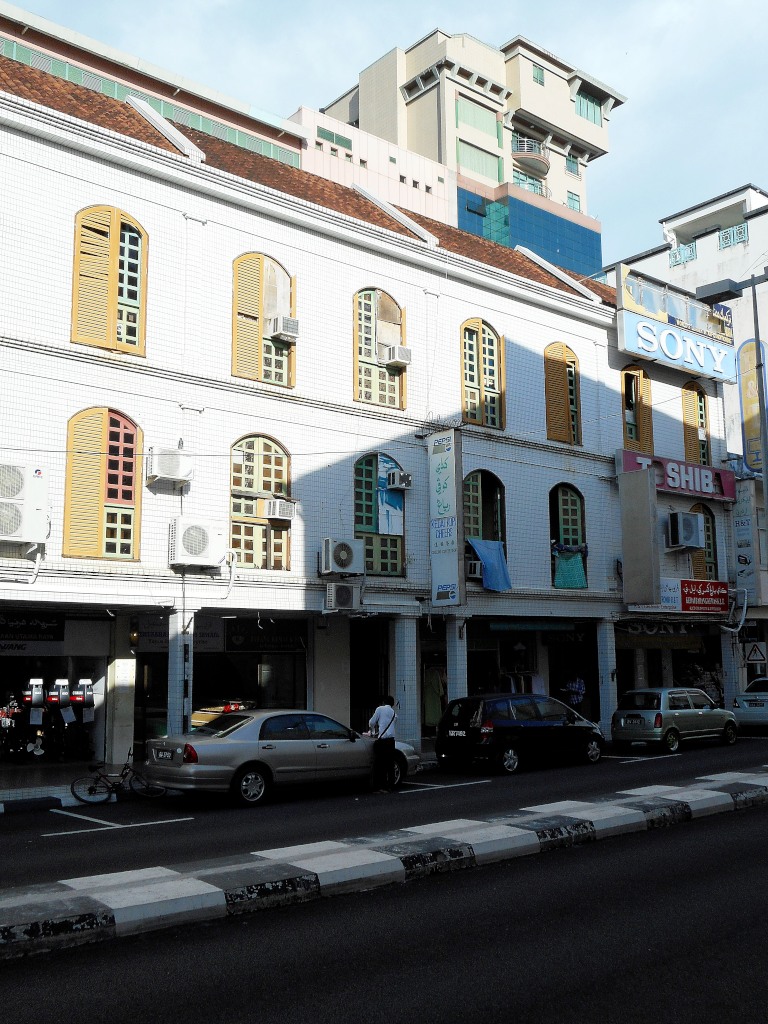 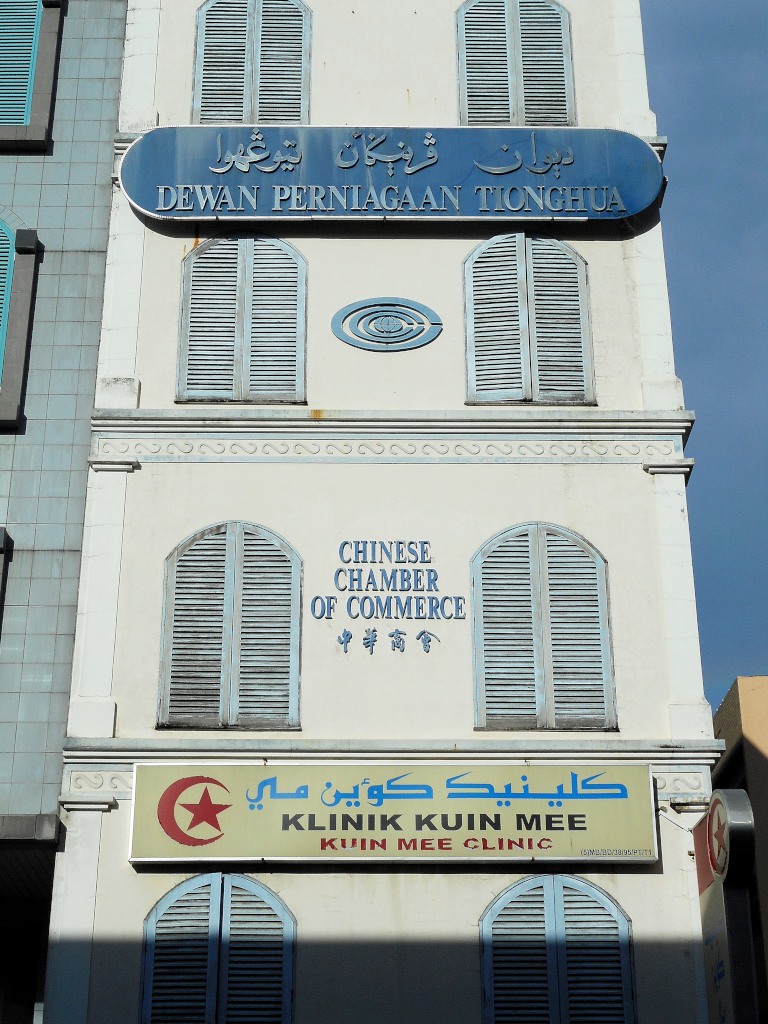 Its small size may make the town seem inconsequential, although as it will later turn out, there are numerous other commercial hubs that complement the inner city. A taste of the extravagant shopping centres further outside the centre is visible in the form of the wildly coloured facades of the pusat belia at the back of town, interrupting the otherwise drab face of the architecture. 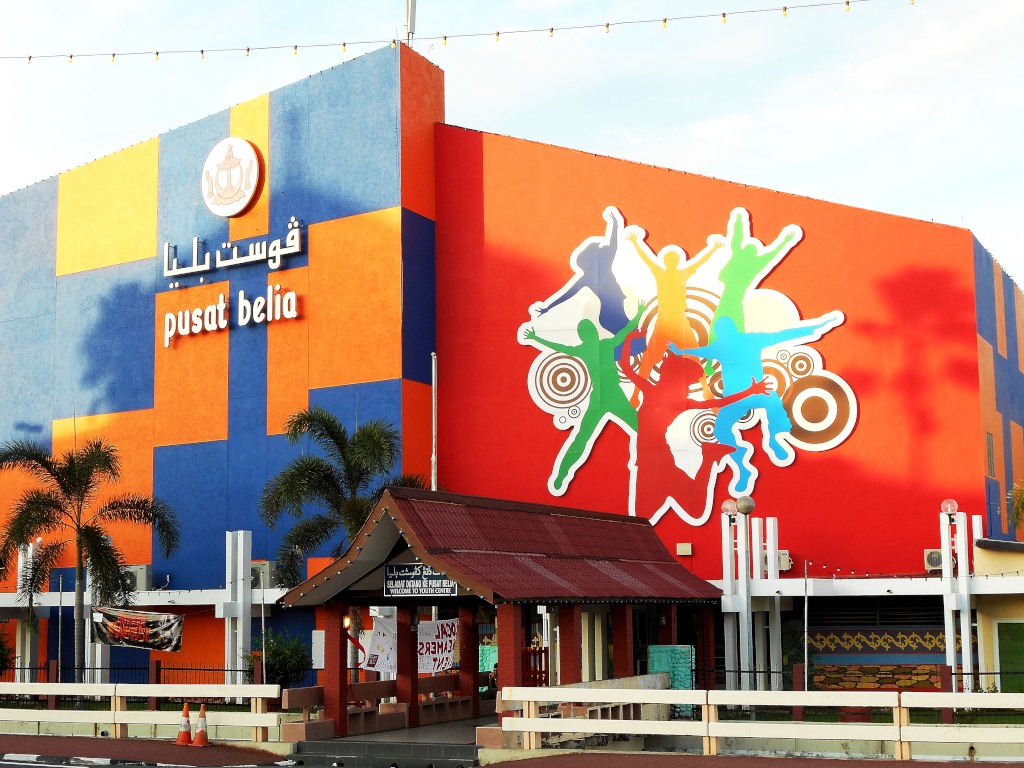 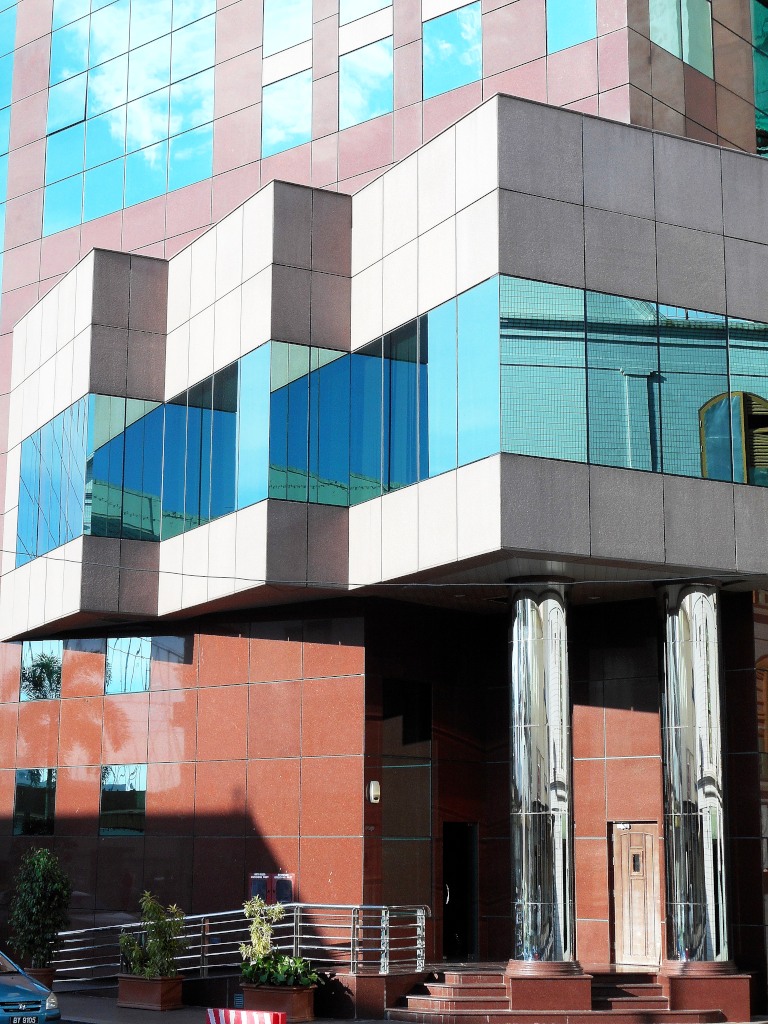 But variety is not limited to the pusat belia on the town’s fringes, what with the crumbling mid-century stone structures flanked by soaring ostentatious residential towers that line the roads to the royal palace and beyond. 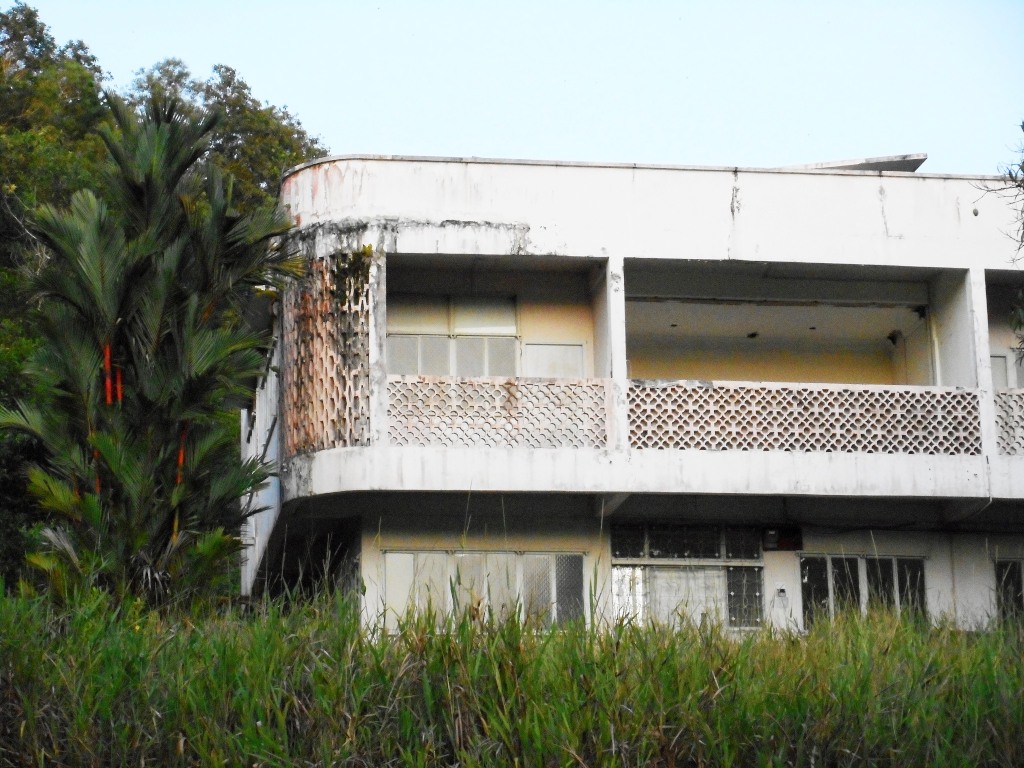 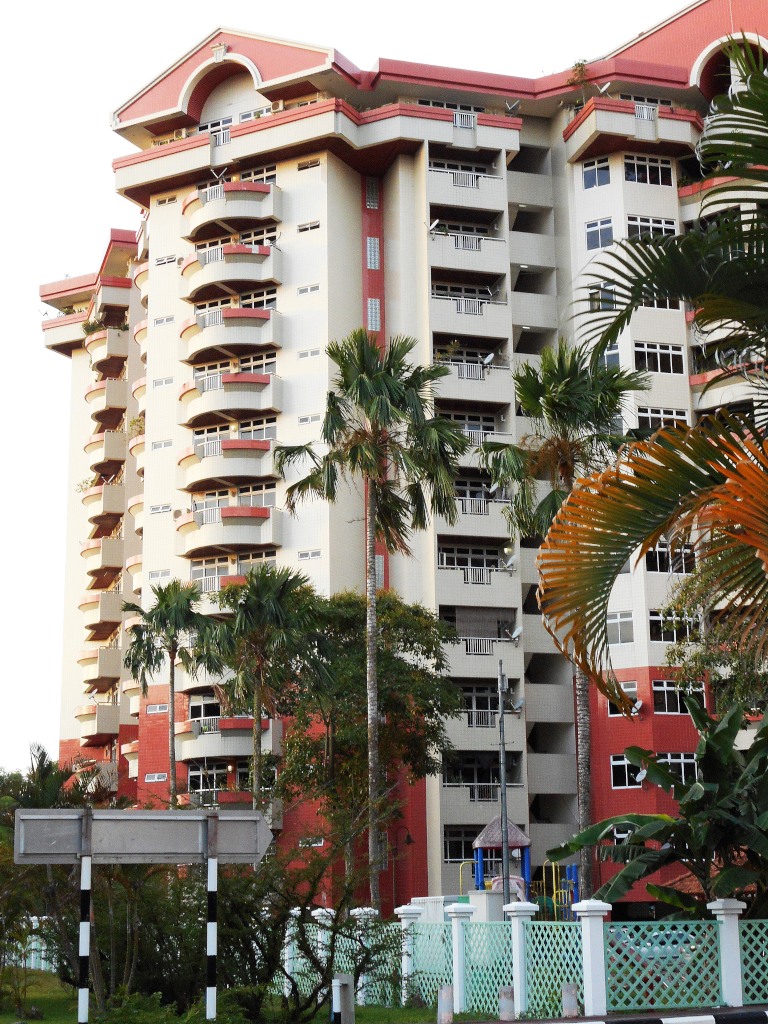 A modest market takes place mornings on the far side of town, running along the outer flank of the narrow canal not far from the bus station. A shallow and attractively patterned pedestrian bridge leads the small numbers present from the town core to the market area. 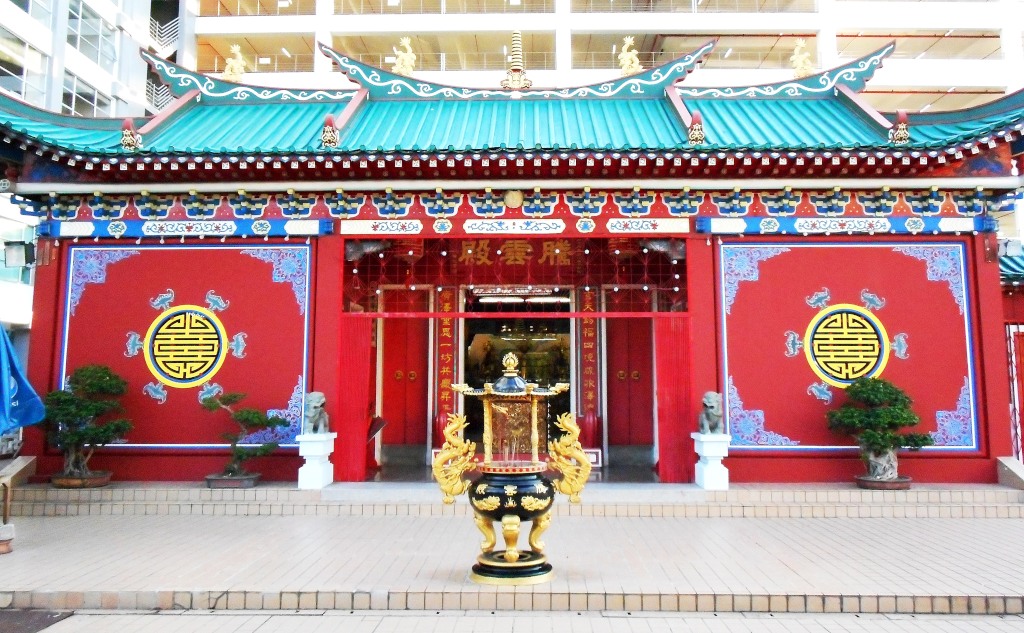 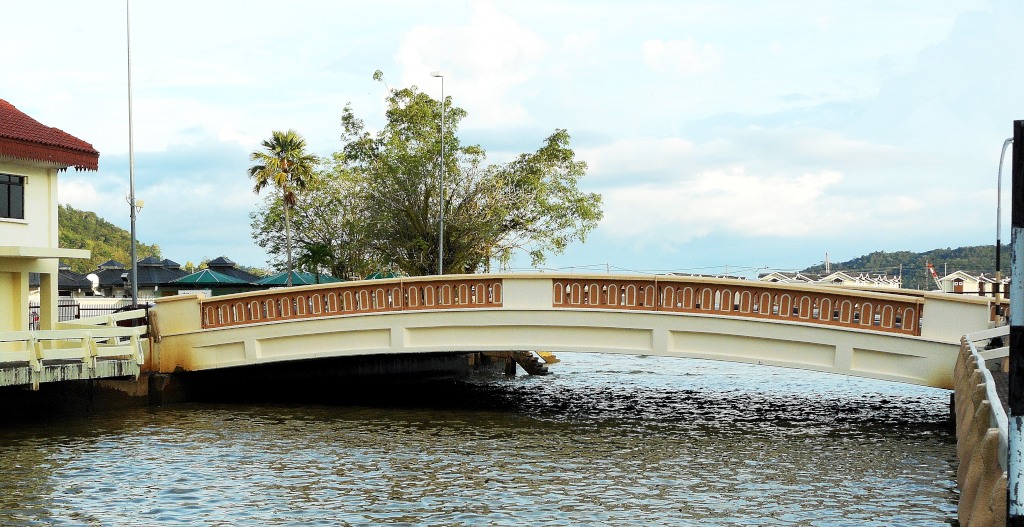