The hotel has prepared a breakfast of quartered cucumber and cheese sandwich, a strange finale to my stay in Sittwe that I devour at the back of the pickup truck to the bus station. At this early hour, the roads of Sittwe are completely empty, not that I would be expecting Los Angeles rush hour traffic. 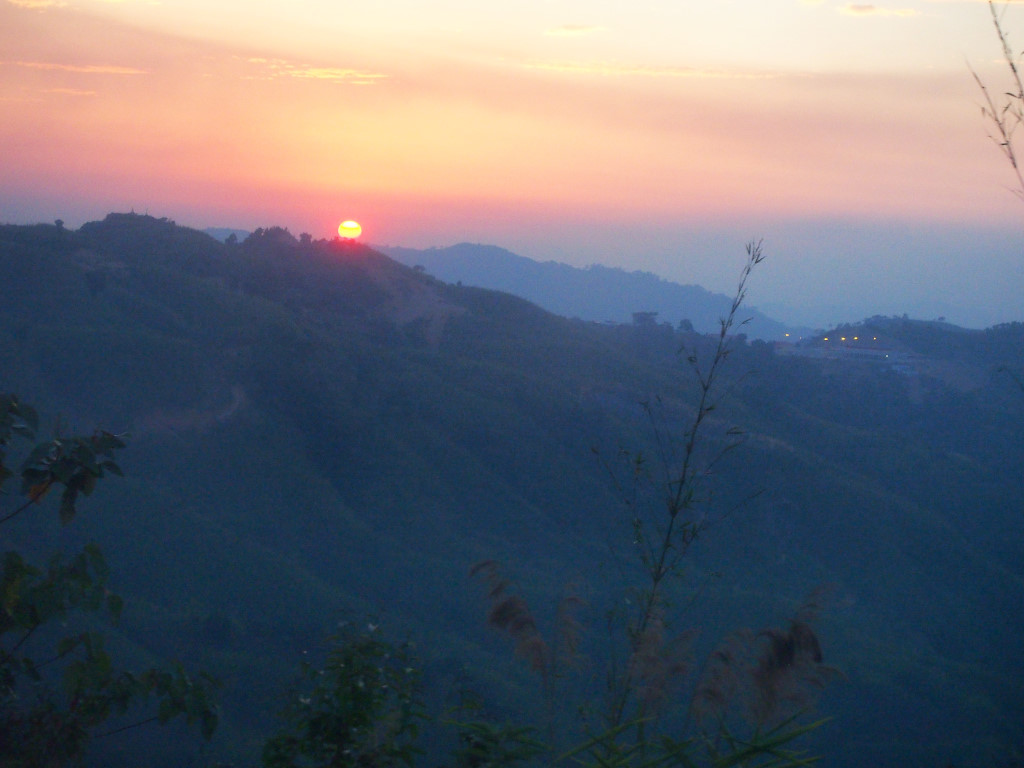 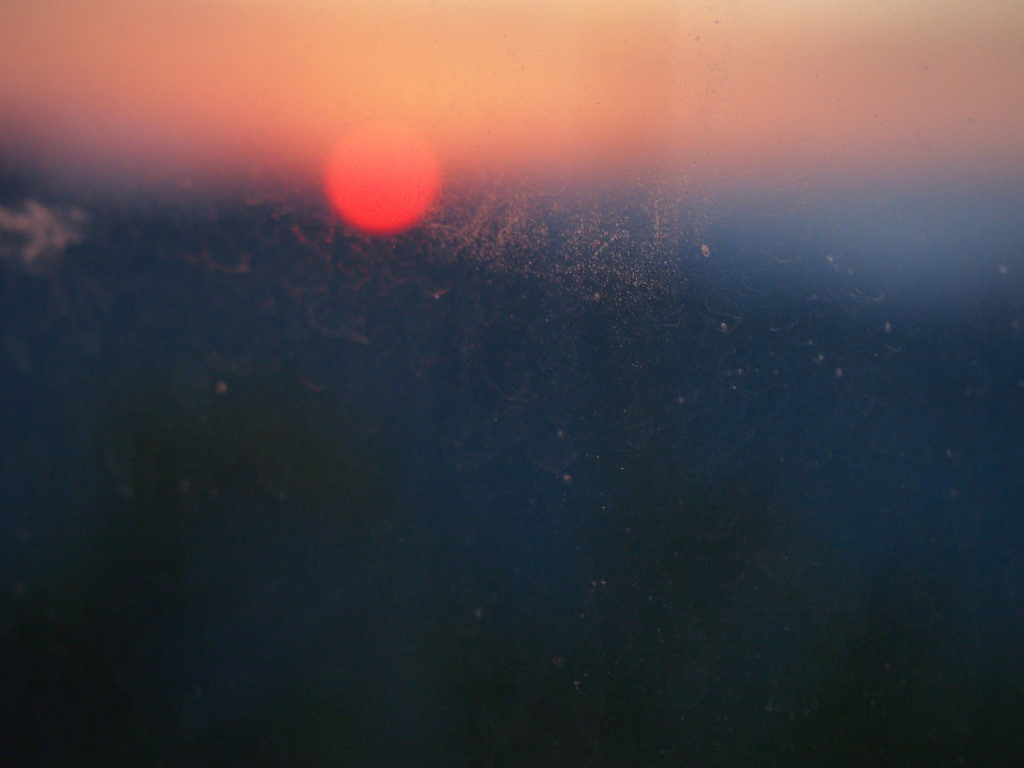 I had been dreading any potential debacle at the bus station, but the bus is definitely waiting for me, with not a trace of rancour on the part of the employees, although I would be best to stay out of their hair. In fact, everyone seems very nice. Seat number 1 is waiting for me, although there is no trace of the money I was supposed to be refunded. 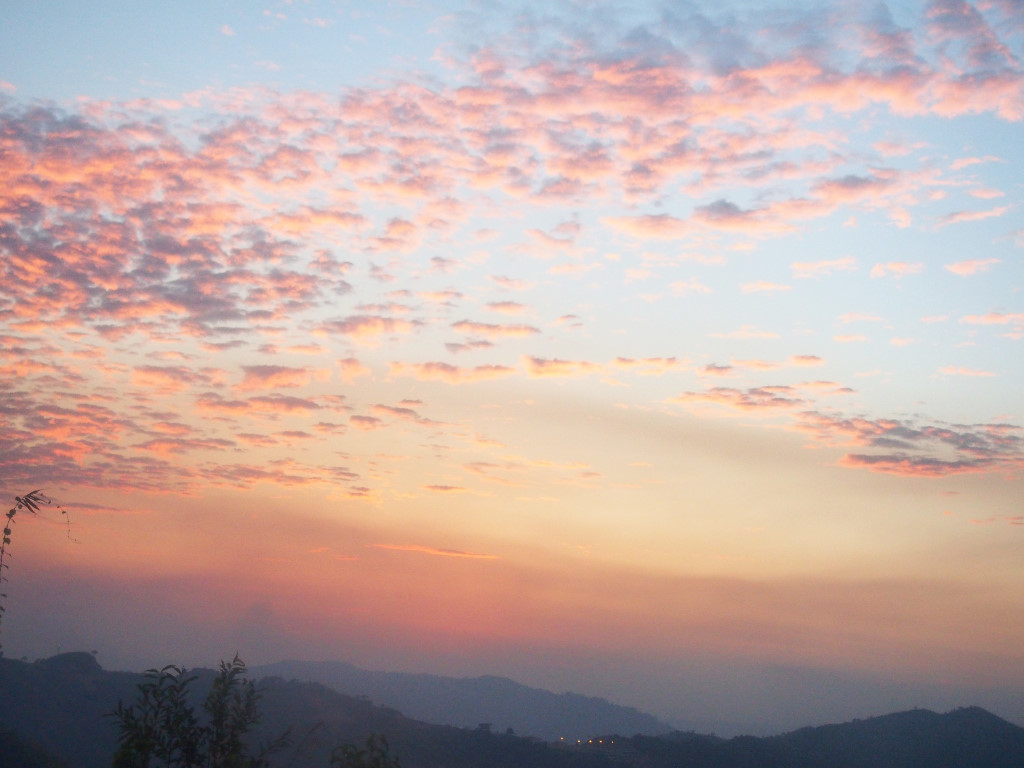 The small bus station is now crowded with buses, heading to a number of different destinations in the country. As much as I heard bad things about the company I am traveling with, their bus looks no worse than the other buses on the lot – they are all older and somewhat ramshackle. The main thing is that they get up the mountains and the brakes don’t fail on the way down. 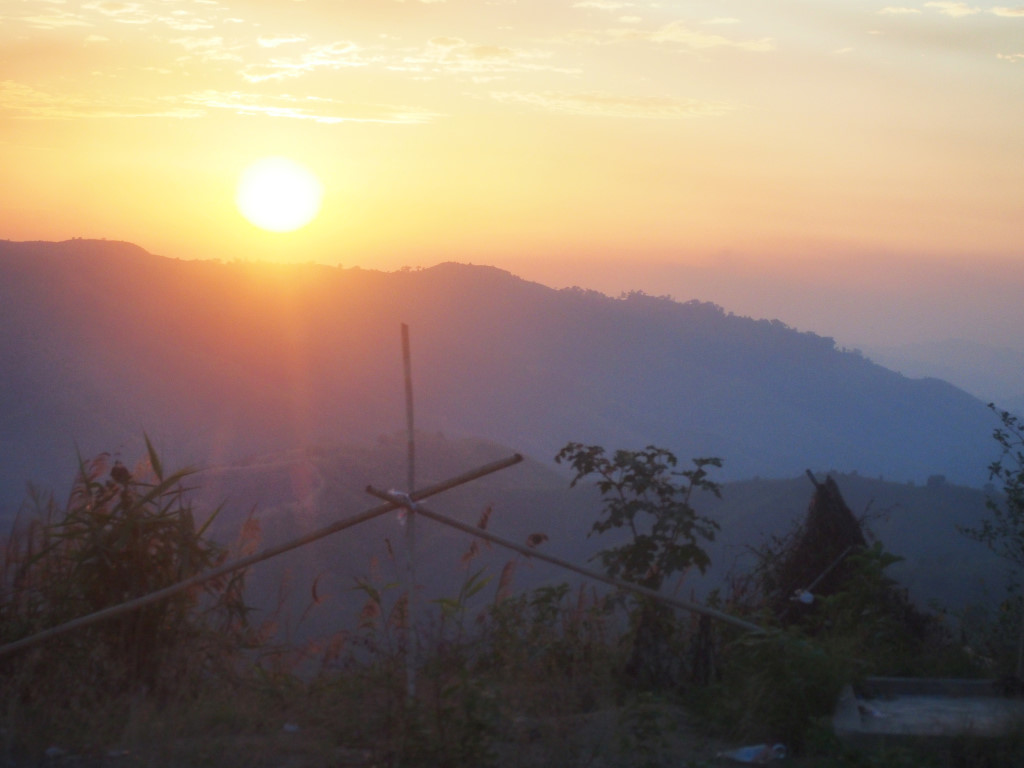 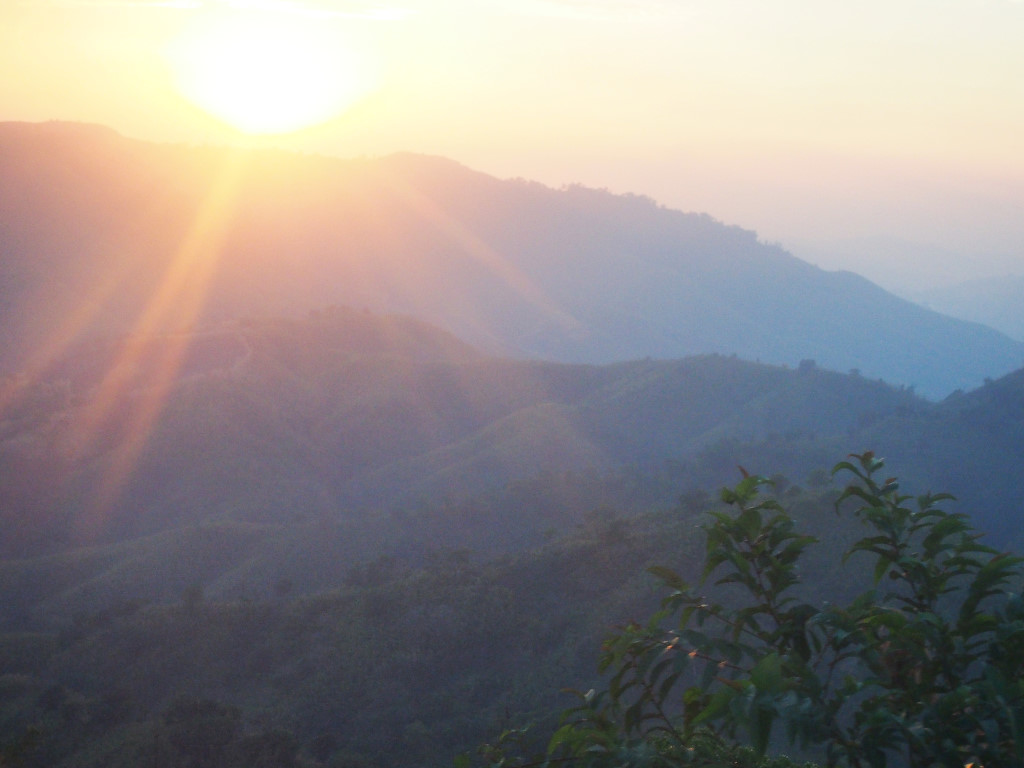 I think the row I am in is reserved for the bus conductors, and am hoping they decide to spend as much time as possible sitting or wandering in the aisles, which is unlikely to happen. 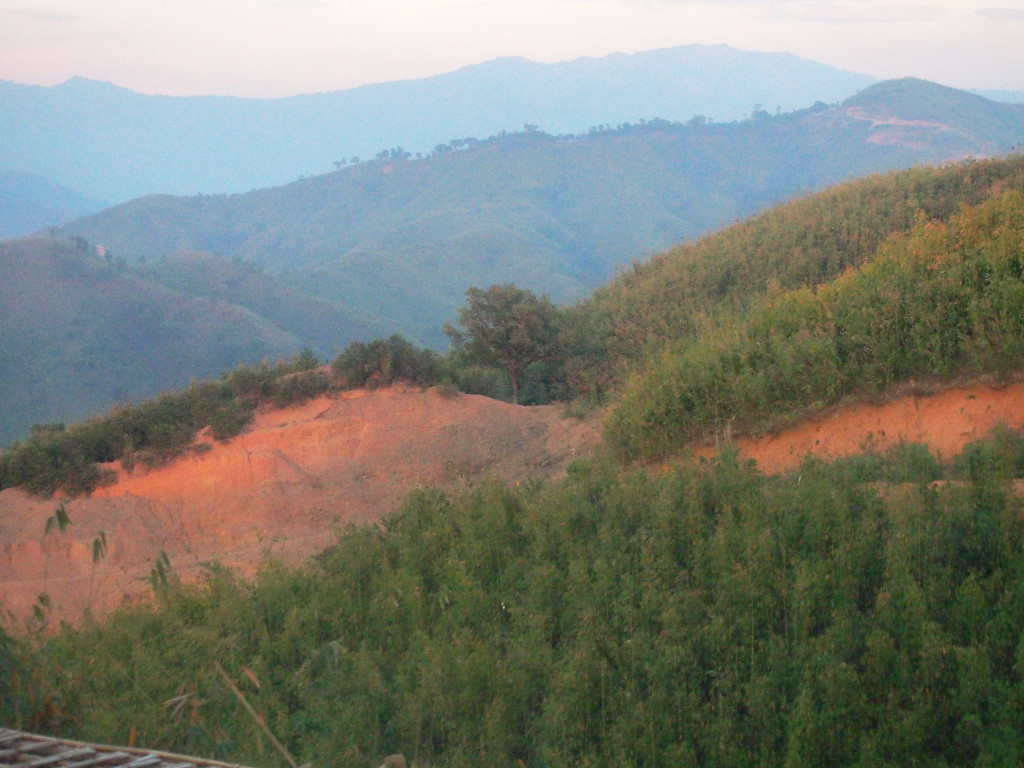 We depart in the darkness, ambling along the still dark plains that abut the Keladan river. The landscape around Sittwe is hardly very impressive, flat, with tendrils of the river emanating around us and stagnant pools of water interleaving the broad parched landscape, with low mountains visible in the distance. The sun rises in an explosion of magenta, its colours washing across the water. 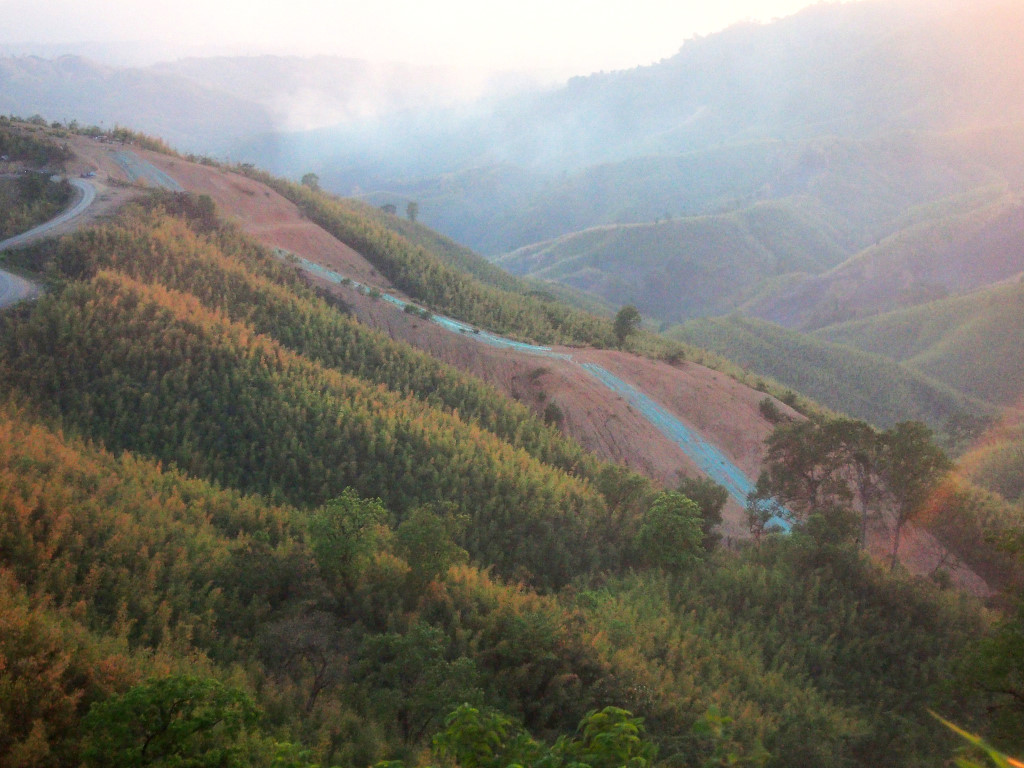 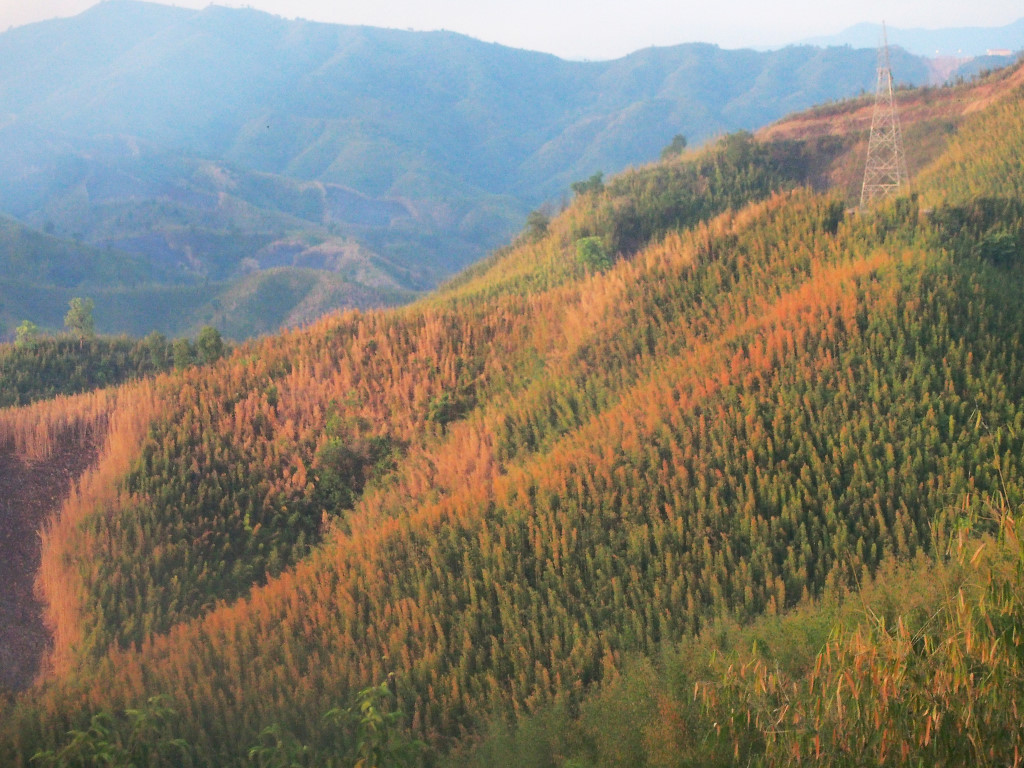 As with most other buses in the country, there is no washroom, so you are dependent on however frequent or infrequent the bus stops are. But the environment of Rakhine state is so desolate that there is no way the bus will be stopping very often, at least not in the initial stages of the journey. 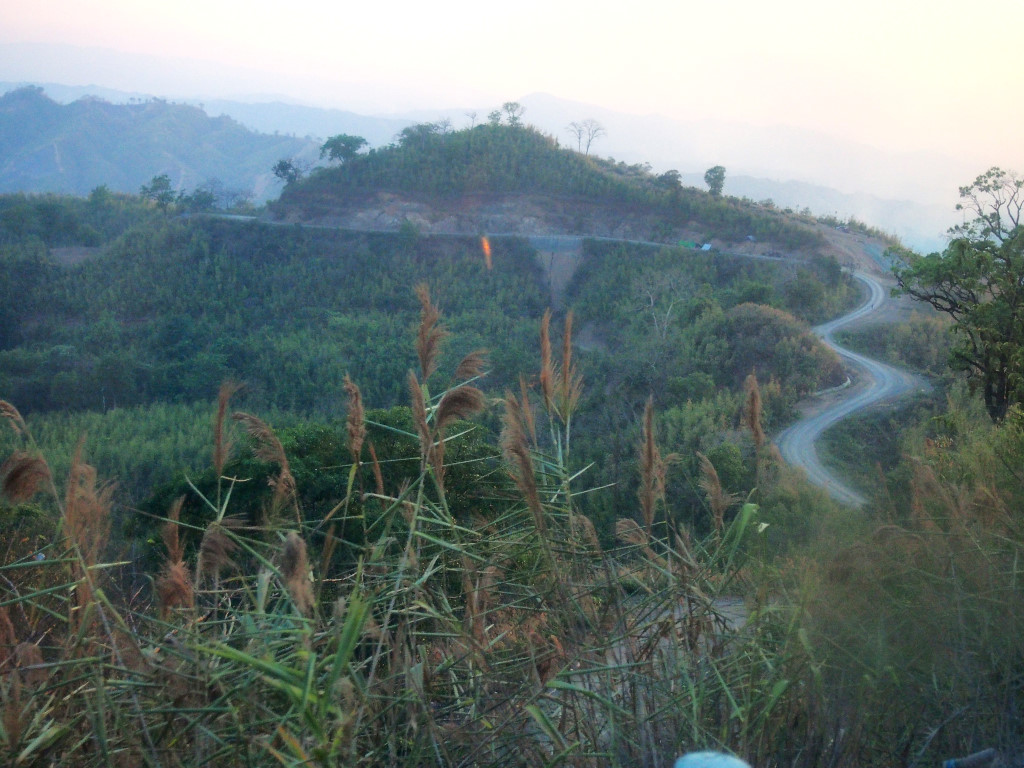 Buses also usually stop at larger roadside eateries that can accommodate multiple busloads, and there is far too little space in the roads weaving through the Arakan mountains to the east. 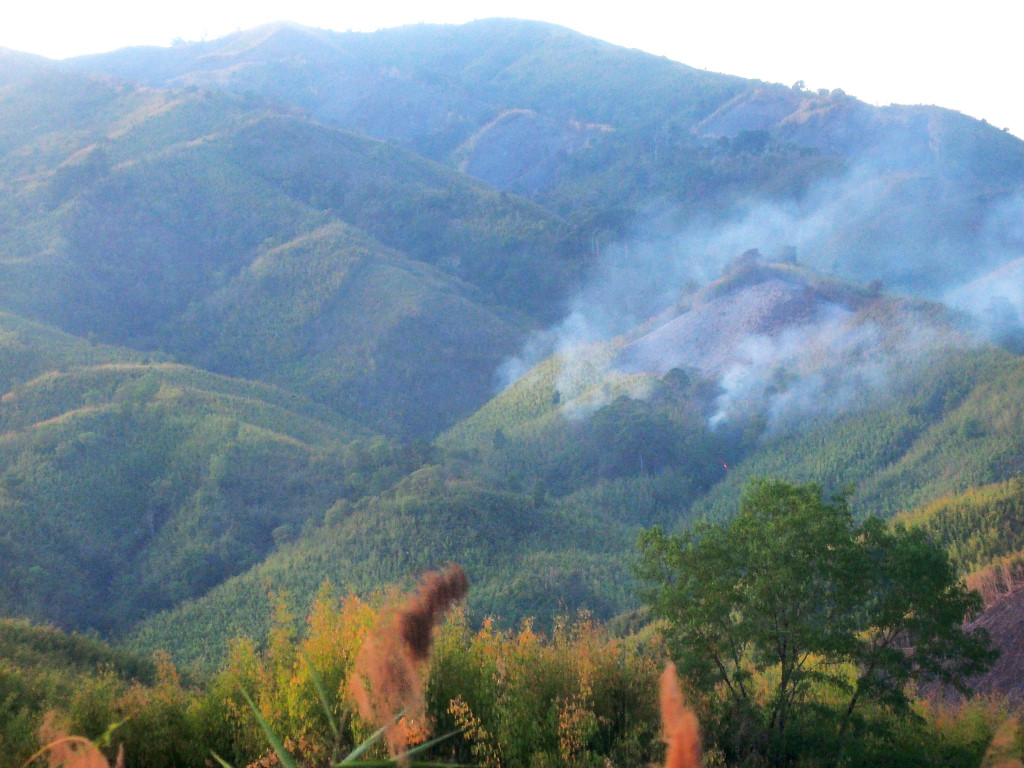 Then again, the mid-morning stop somewhere before Mrauk U lands us with the choice of one of several eateries against the backdrop of vaguely tended paddies, and distant mountains set against the flat plains. The food is generous and inexpensive. 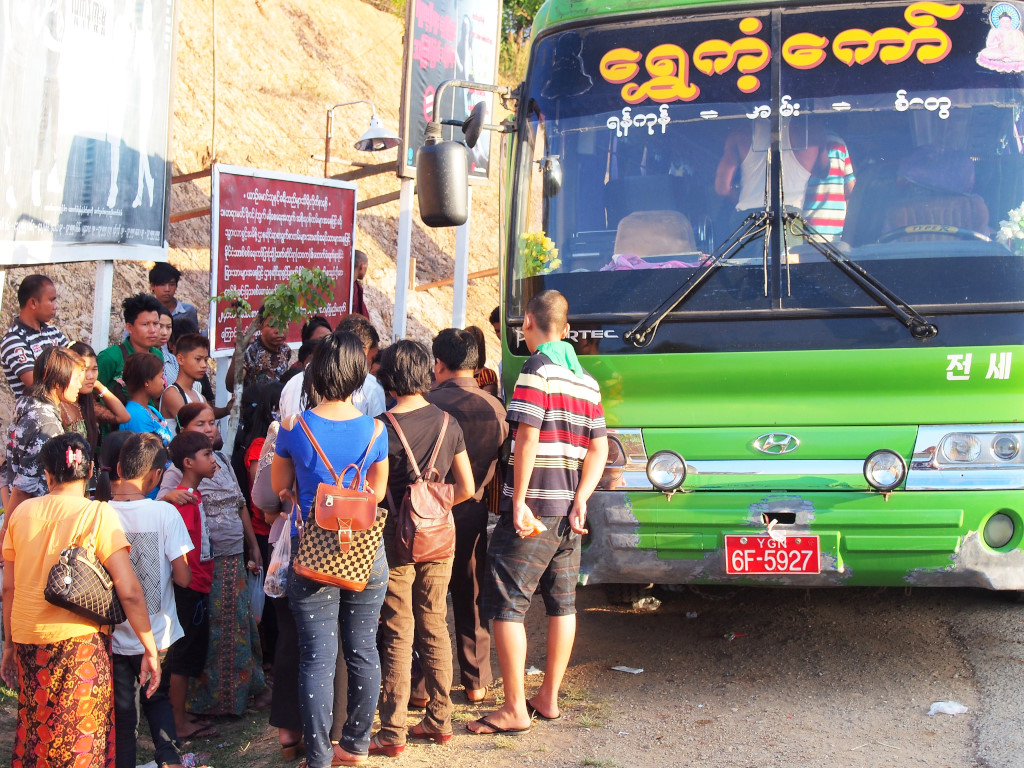 Rivulets of green are etched into the vague outlines of the surrounding hills, the mountains translucent in the early morning haze. Scrub flashes by, the drama of the surrounding mountainscape reemerging during another hairpin turn, higher and higher, green contours of the changing topography rippling through the condensation caked over the bus windows. 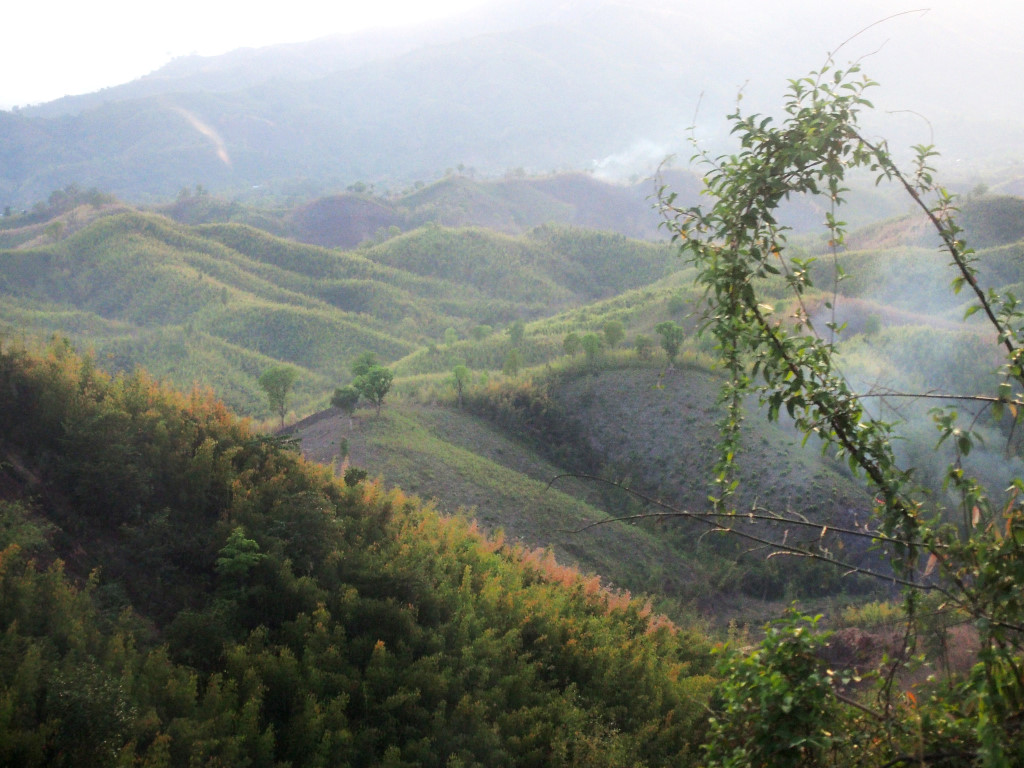 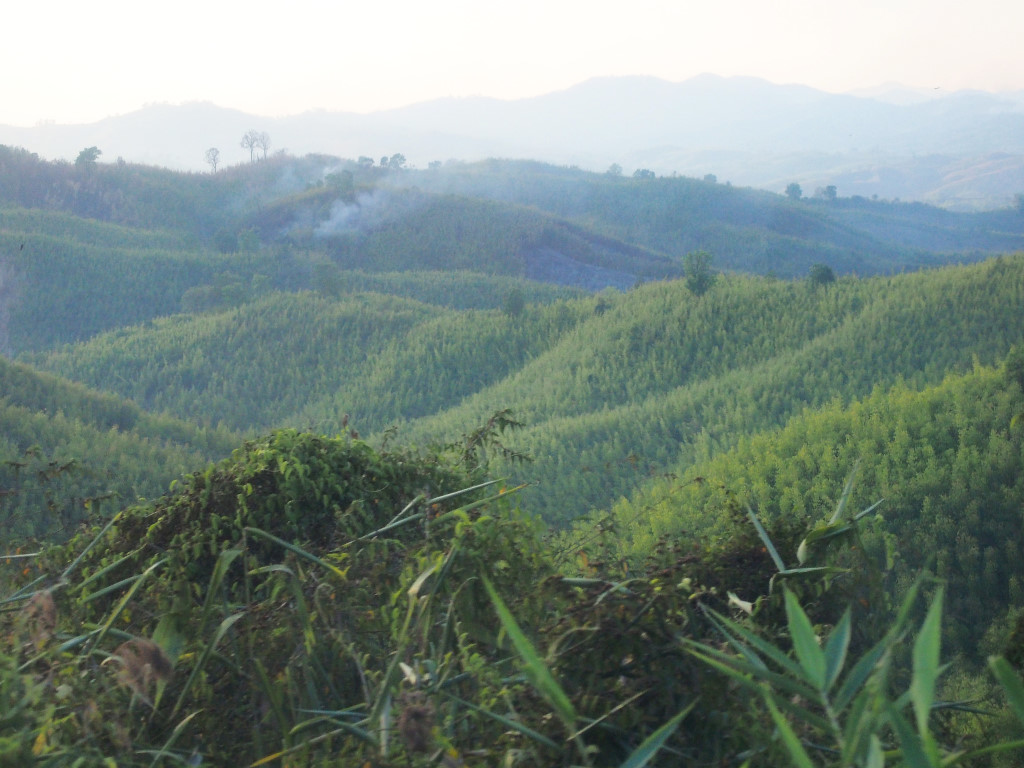 People smoke copiously on the bus. I don’t want to appear overly sensitive, but this is definitely a situation cigarette smoke bothers me. Given the universal acceptance of non-smoking on the bus, I am kind of surprised that the men are unable to figure this out – are they just being obstinate? Have they been living in a cave? 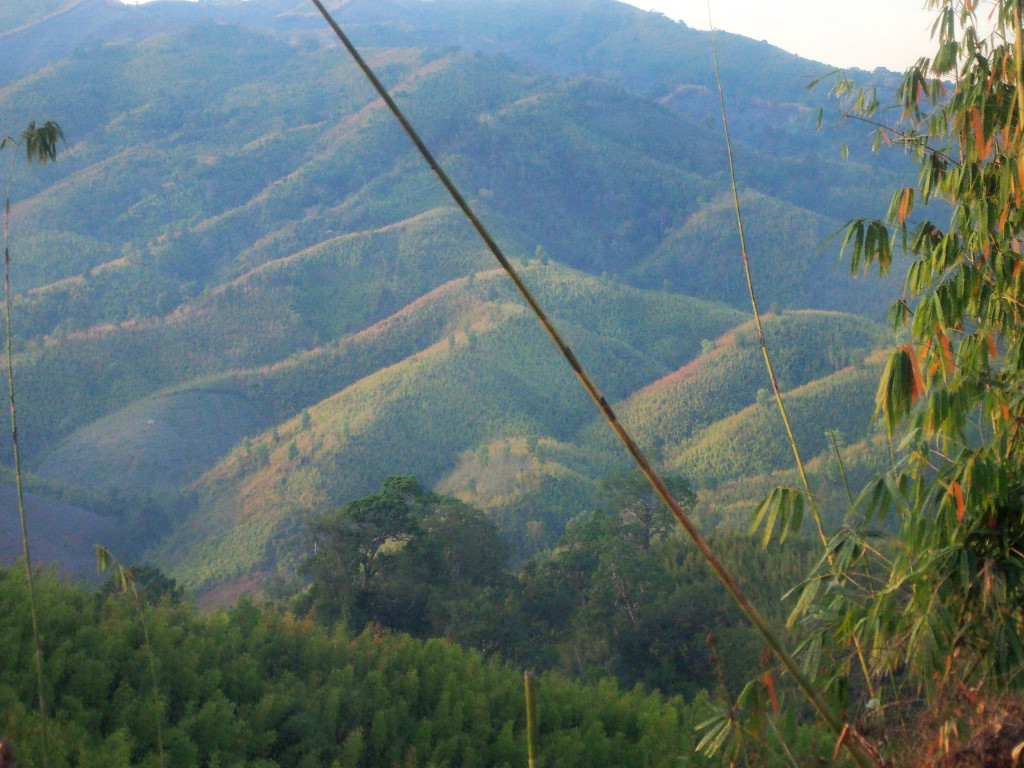 The plains rise up to verdant hills, the shadowy veils lifting off the verdant landscape with the progression of dawn. The darkest outlines progress to radiant emerald hills, unleashed with scattered pink clouds and the shimmering orange disk of the sun, welcoming another scorching day to the Bay of Bengal.