This is my last morning in Myanmar. As usual, I reflect on what I could be doing in the upcoming months, but don’t come up with clear or insightful answers. I time getting up early enough to ensure that the flurry of social activity around the staff room doesn’t prove to be unduly annoying, but then really have little time to play with, considering when I have to be at the airport and the expected driving time to the airport. The breakfast table is full of the usual palaver and the sexy young Mediterranean and German backpackers reciting the obligatory destinations in Myanmar. With my typical pathology, I calculate converting the remaining kyat leaving some amount for a good coffee which I can’t imagine the airport would be bereft of.

The middle aged corpulent Indo-Burmese driver waits for me outside, the gracious older man from the hotel ensuring that I make it down the stairs and through the rubble in one piece – however unnecessary his efforts may be. The fare to the airport is 8,000 kyat, much more than I paid from the bus station, but then the car is also brand new. The driver is ruthless in his driving, criticizing other drivers for being slower and less adroit, but I think everyone here could use driving lessons here, including himself.

The sky is clear and the air clean, a very different experience than met me when I arrived in Yangon several days ago. Since it is Saturday, there is limited traffic, although queues build leading into town. The driver tells me that large trucks are limited to certain roads, and motorcycles are banned from the inner city altogether due to the many accidents that have occurred. It definitely gives the city a much more organized and planned feeling, although it must be extremely difficult for the mass of poorer people to get around. 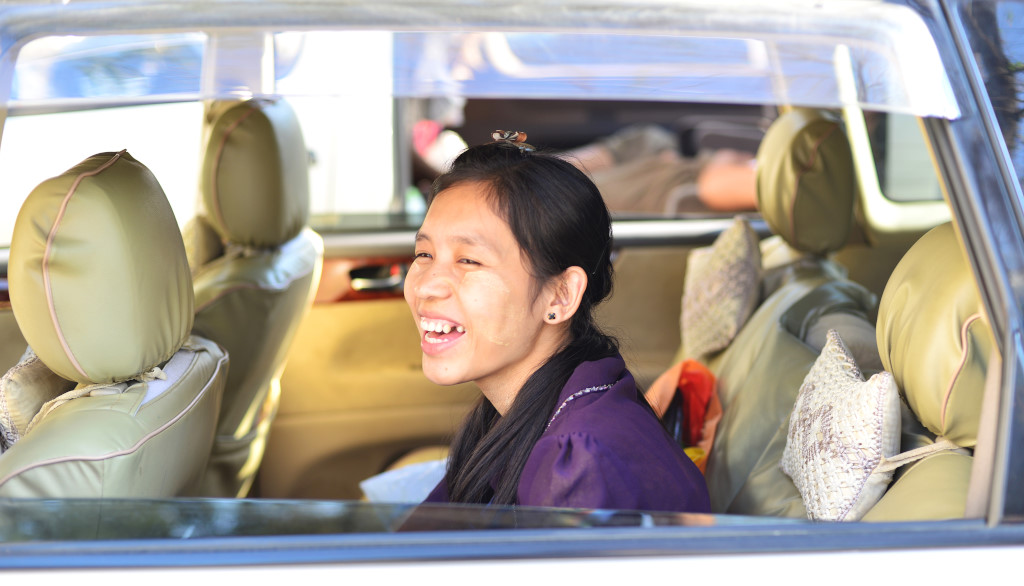 It seems that there are also dedicated bus lanes here, but the taxi driver doesn’t seem particularly concerned about respecting those kinds of niceties. Traffic will inevitably concentrate on the roads leading out of the city because the only way out is effectively to the north, as the southern arc of the city is bracketed by the Irrawaddy river.

While the core area near the river has a very heavy and burdened feeling to it, what with the amount of commerce, grime, traffic and generally run-down state, the areas to the north reveal an astonishing beauty. We pass by rambling bungalows with long stone fences, the glimmering stupa of Shwedagon appearing between the rich foliage of the parkland. Other pagodas glimmer at us and then are gone as we weave along the impeccably asphalted road, rounding traffic circles, office towers replaced by luxury hotels and condominium complexes and then rambling Raj-era bungalows. 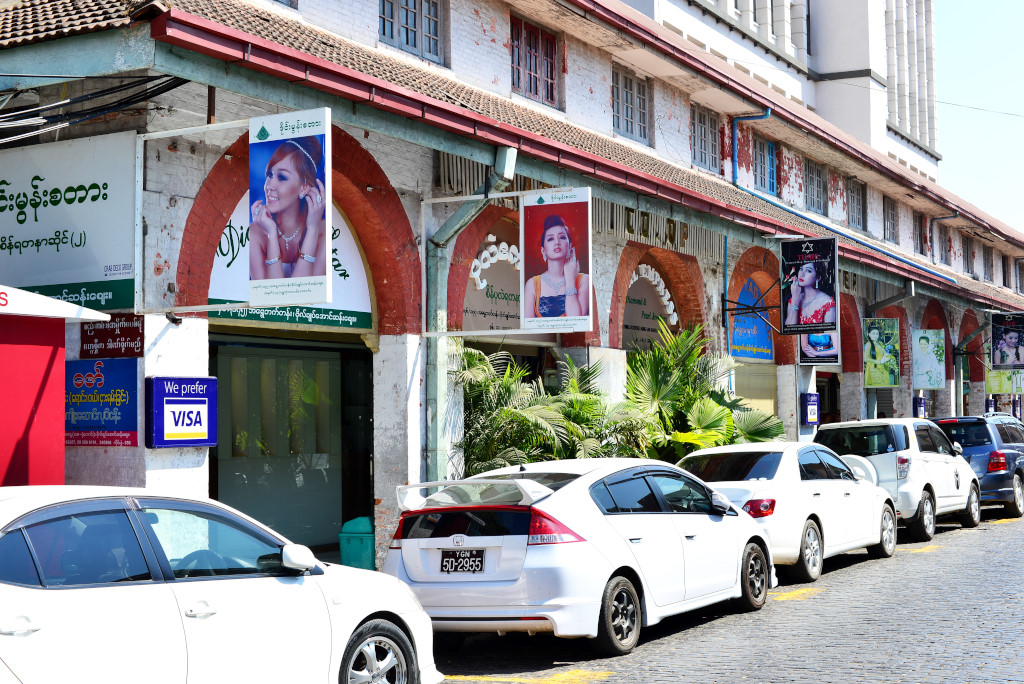 Lush parkland erupts around Inya Lake, which I can only imagine houses the most privileged of the country’s upper classes. This city must have been an absolute jewel of the Raj; for better or for worse the more regulation and restoration that takes place, the more expensive the city will become and also the more desirable. Occasional embassies pass us by, including the Singaporean. 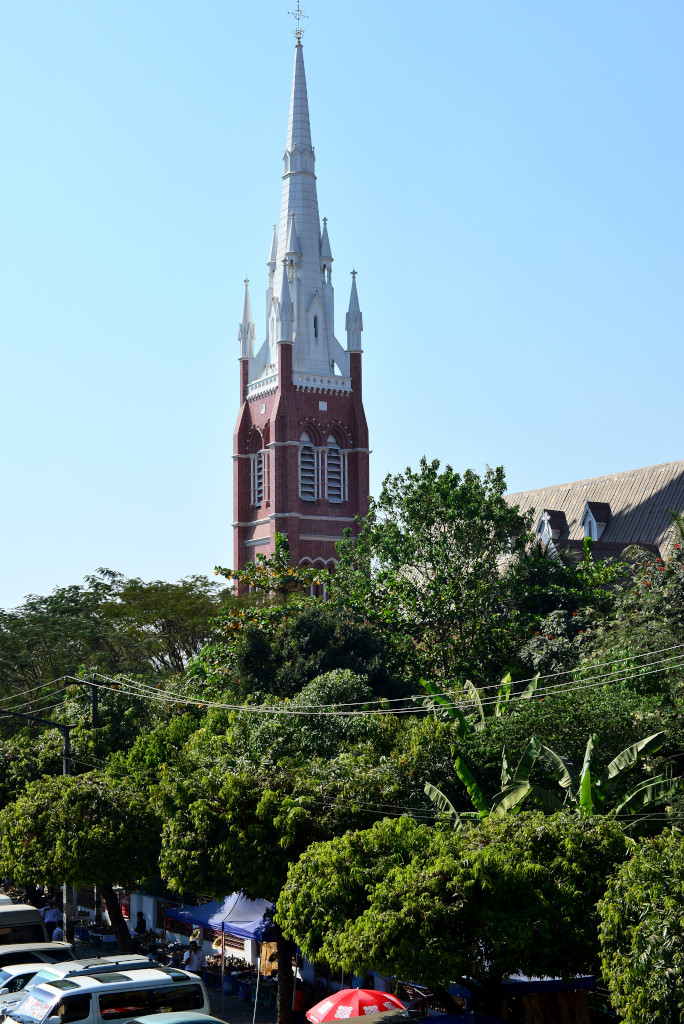 I can imagine substantial amounts of money have been flowing from that concentrated Asian money machine into this country. 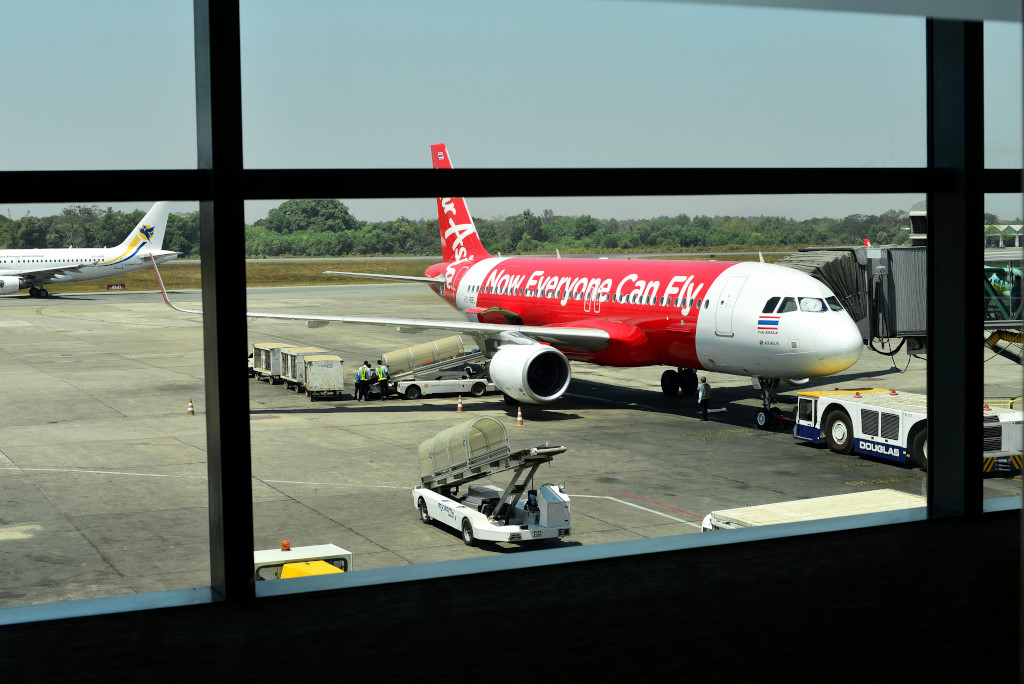 I recall a serene and archaic south Asian city from my last visit, but none of these elegant gardens and exotic vistas. It seems as if the entire area of northern Rangoon is turning into one vast resort. I can imagine spending a good week just hanging out in these parts, enjoying the sights and lifestyle, and deciding to take a reprieve from my normally very parsimonious budget, in fact, even living here … 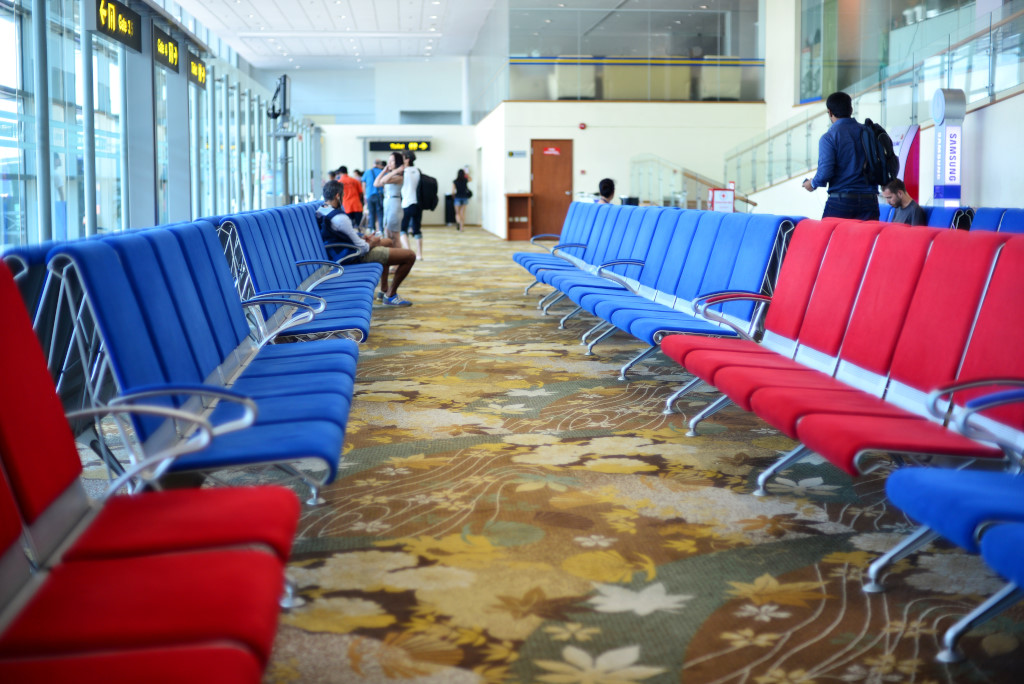 The airport is housed in a new facility, with a half dozen different airlines represented at counters that run the length the relatively utilitarian hall. Upstairs, several short rows of vendors sell the traditional arts and crafts that populate the much large Bogyoke Aung San market in the city centre. In terms of its appointment, it is very rudimentary, especially compared to other airports in Southeast Asia. Some half dozen flights leave to international destinations in the morning and roughly the same in the afternoon – for an Asian capital city the number is utterly miniscule.

And yet the Yangon International departures are is a hub of activity compared to Mandalay airport. Virtually none of the men wear lungyis here, something I think the urban Burmese look down on, nor do the women wear the tanaka face chalk. Most of the passengers are waiting for the Air Asia Bangkok flight, and secondarily for a MAS flight to Kuala Lumpur, commercial hubs in Southeast Asia that outrank Yangon by a long shot. The Thai passengers in evidence are gregarious and nice, but different from the reticent and elegant Burmese and their subdued virility, more east Asian, less exotic, and somehow more beholden to a much more worldly and mature consumer culture. 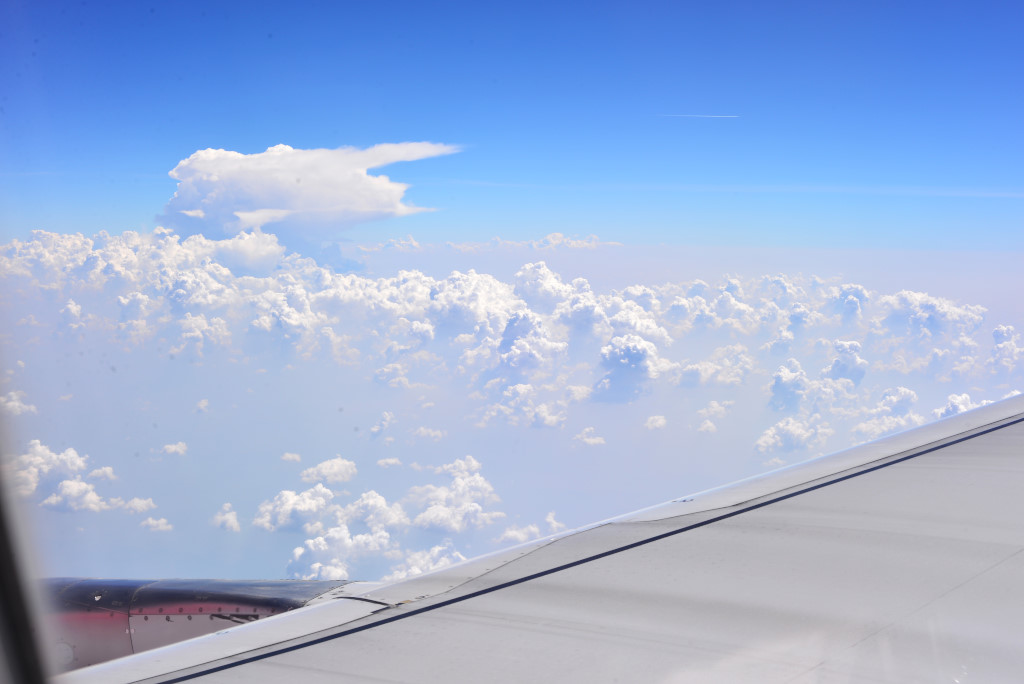