In preparation for the long overnight bus trip to Nyaungshwe, I would like to trawl through the inner city one last time. I had thought about visiting Shwe Dagon, but given the late morning departure, it won’t be realistic. 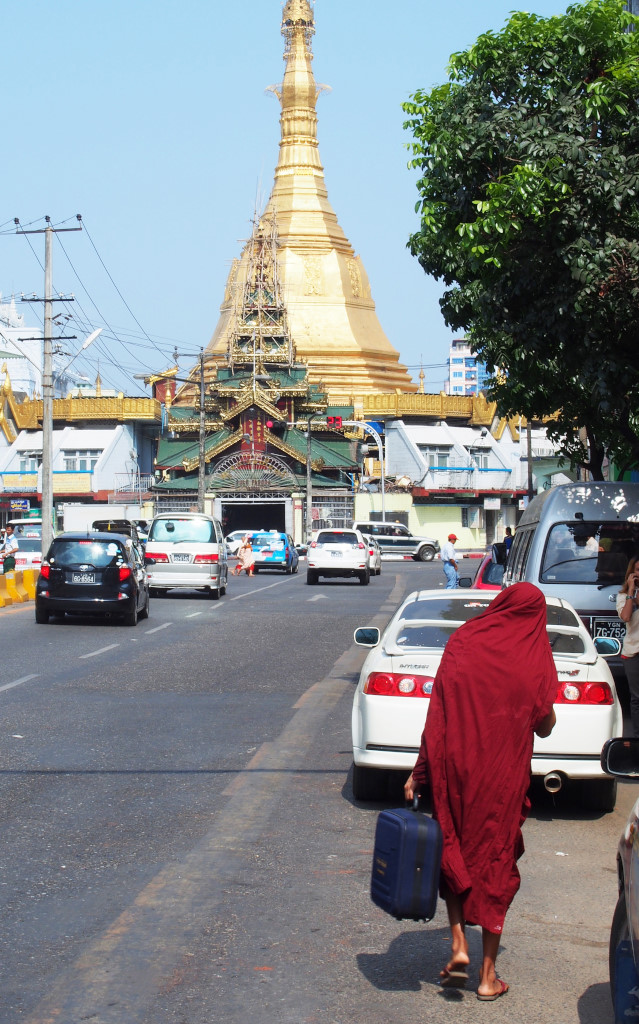 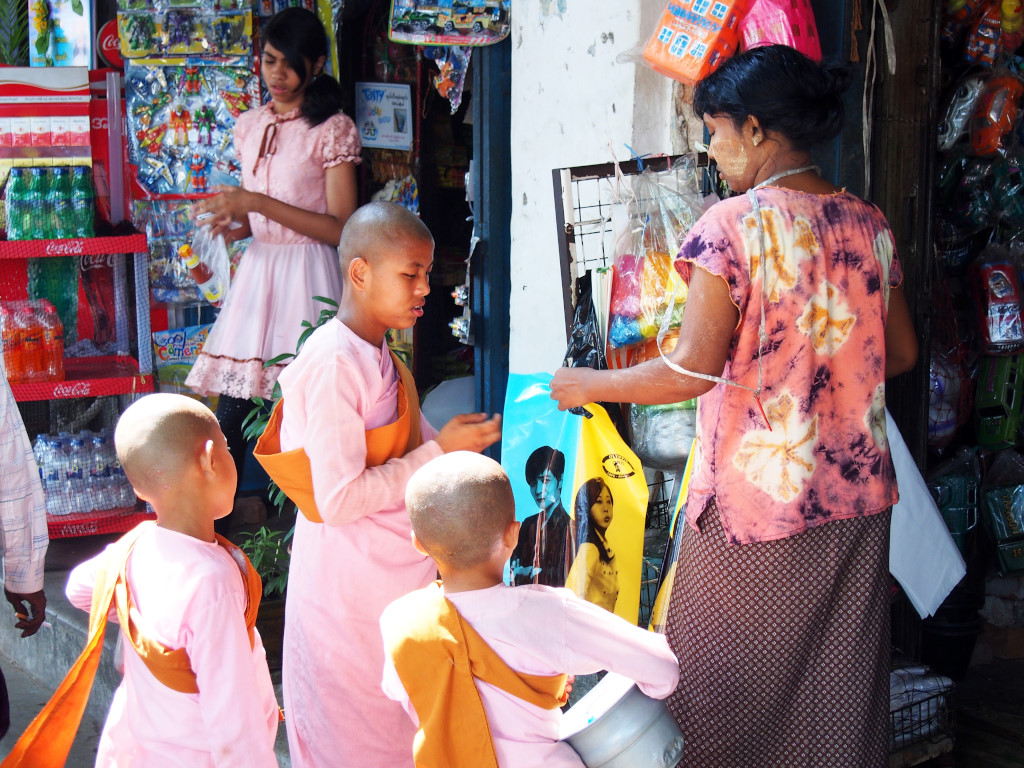 The most breathtaking aspects of the pagoda could be the access points to the temple, which I have already traversed. The pricey admission to the central stupa is perhaps somewhat unjustified, given the strictly symmetrical structure consistent with many other major pagodas in the country. 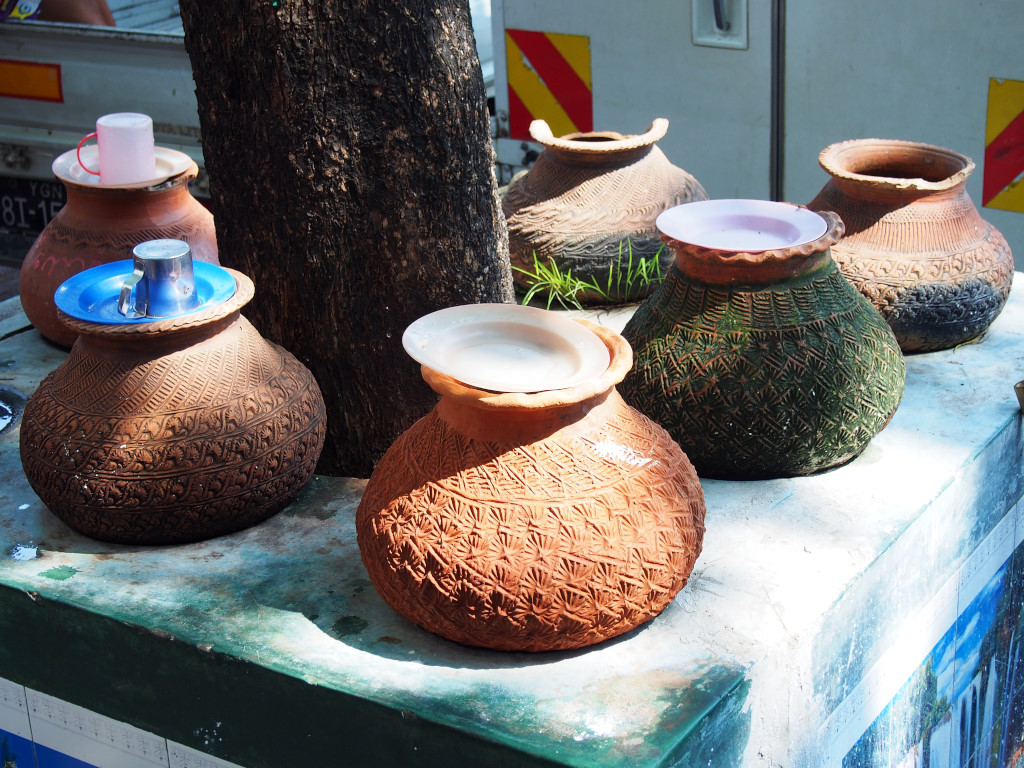 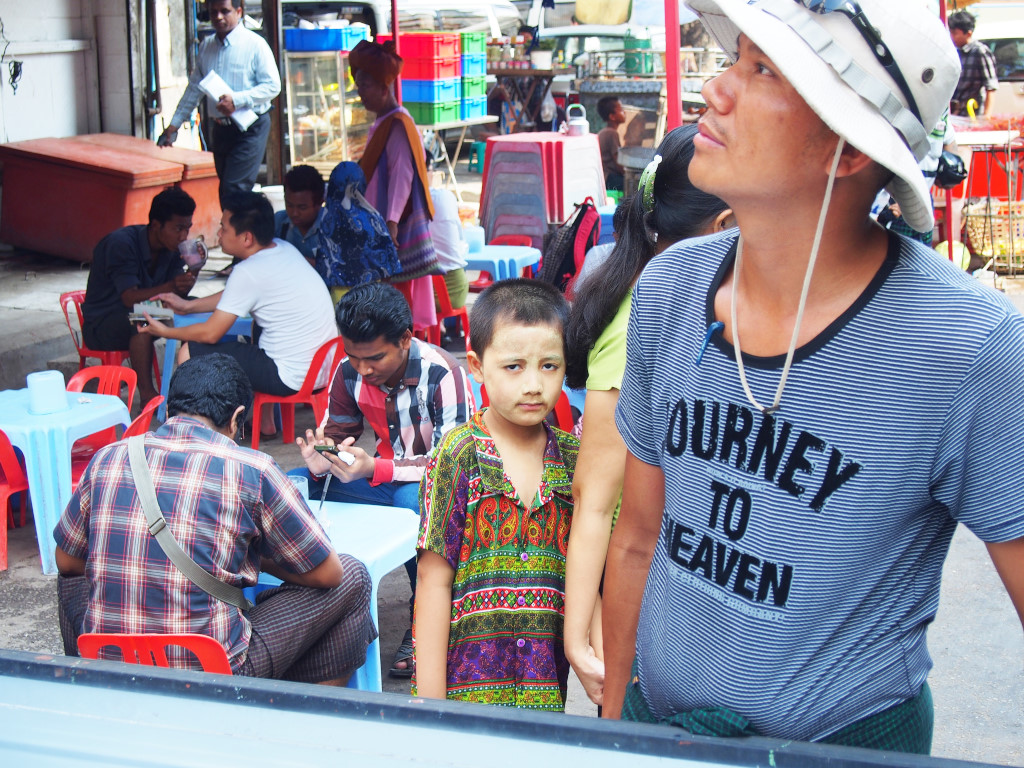 One last stop at the nearby Cafe Parisian would also be in order, except that the place has actually been shuttered for renovations, which is almost shocking, but then life is full of unpleasant surprises. 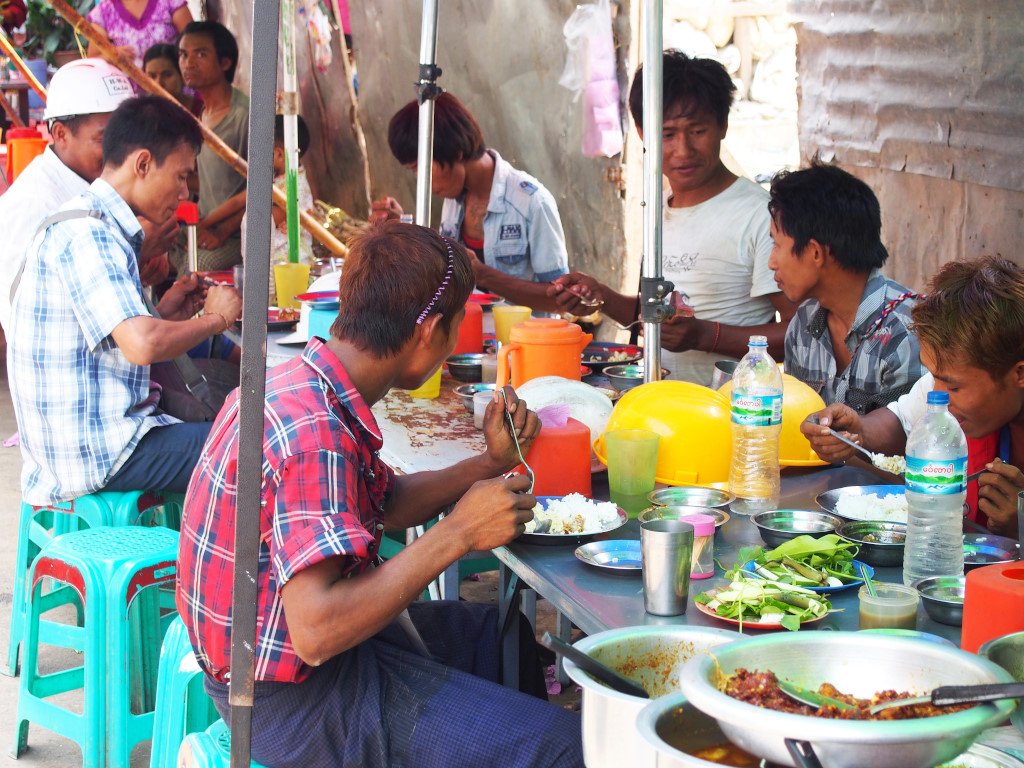 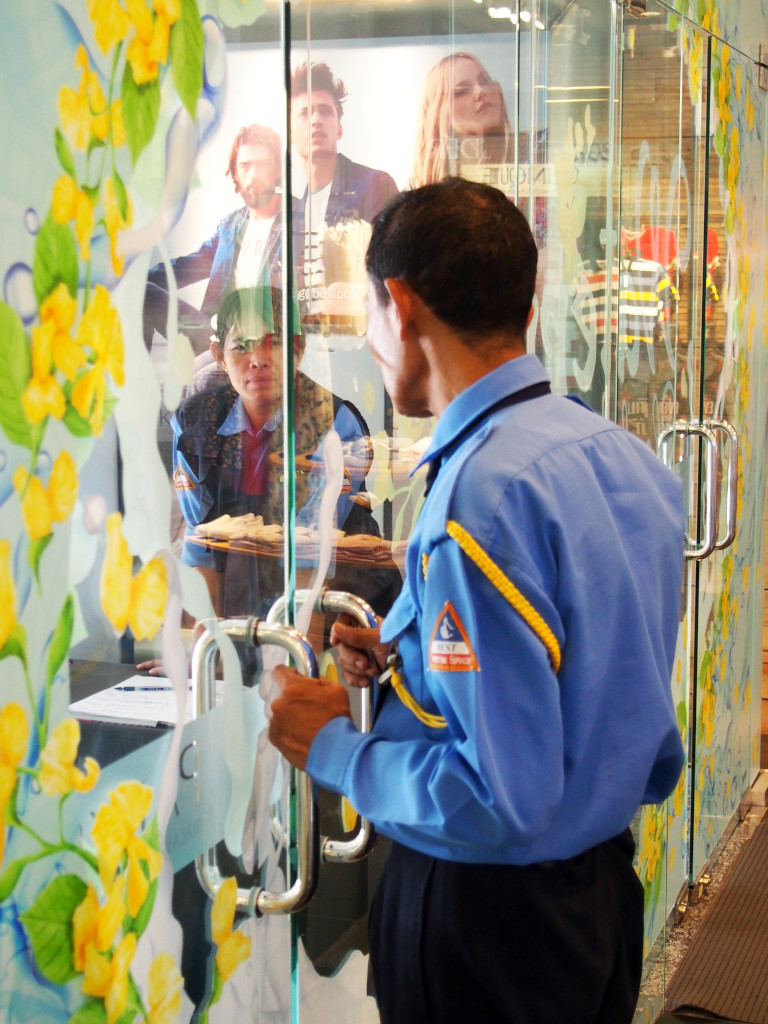 The buses rumbling along the now familiar boulevard pass some impressive Raj-era structures before reaching the Bogyoke market on the eponymous street, a suitable disembarkation point to take in the colour and drama that the centre of the city emanates so comfortably. In lieu of the Cafe Parisian, the slice of American yuppiedom at the Parkson Centre will do for a coffee, its fashionable American presentation and corresponding prices amusingly eliciting some fairly hostile responses on Tripadvisor. 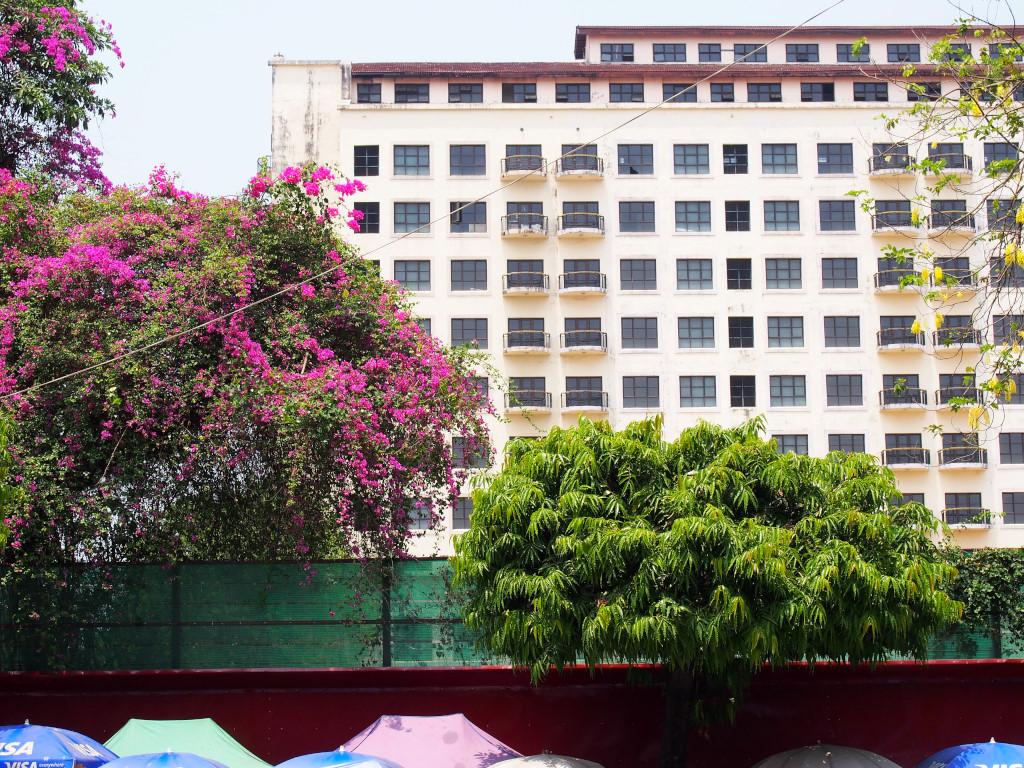 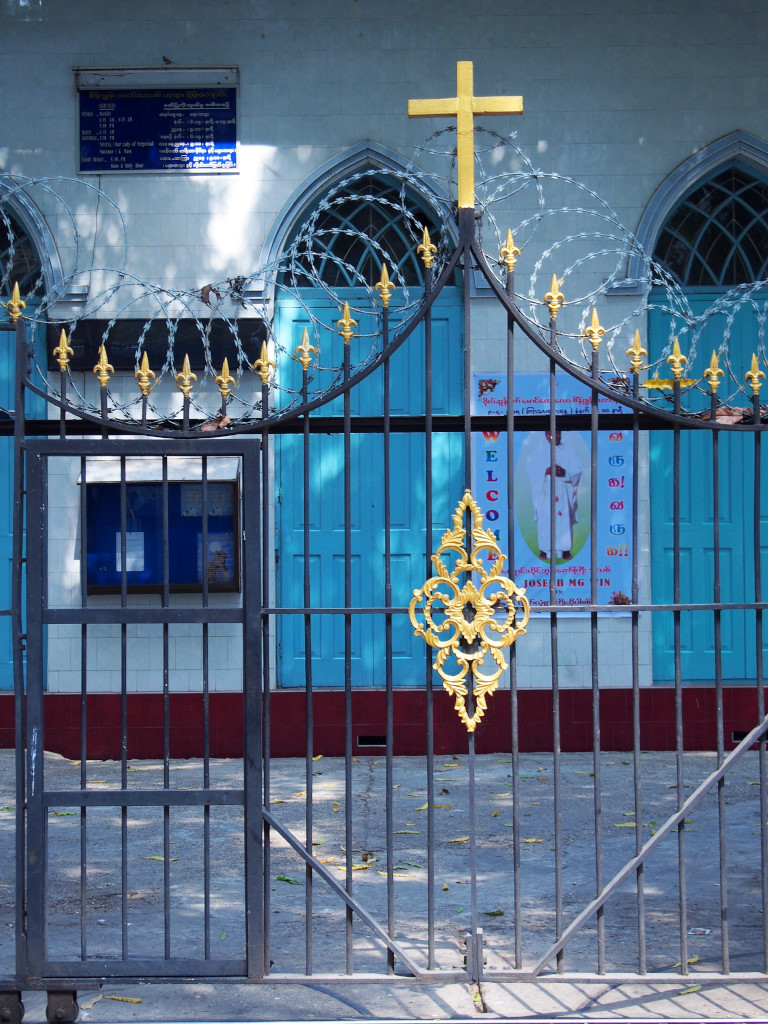 The vendors lining both sides of the street adjacent the mosque feature some of the most intriguing curios I have seen anywhere, mostly but not exclusively cast brass figurines, some drawing on Buddhist imagery. The largely Indian Moslem vendors remain absorbed in their newspapers or cell phones, although their trinkets must surely attract the attentions of many a tourist. 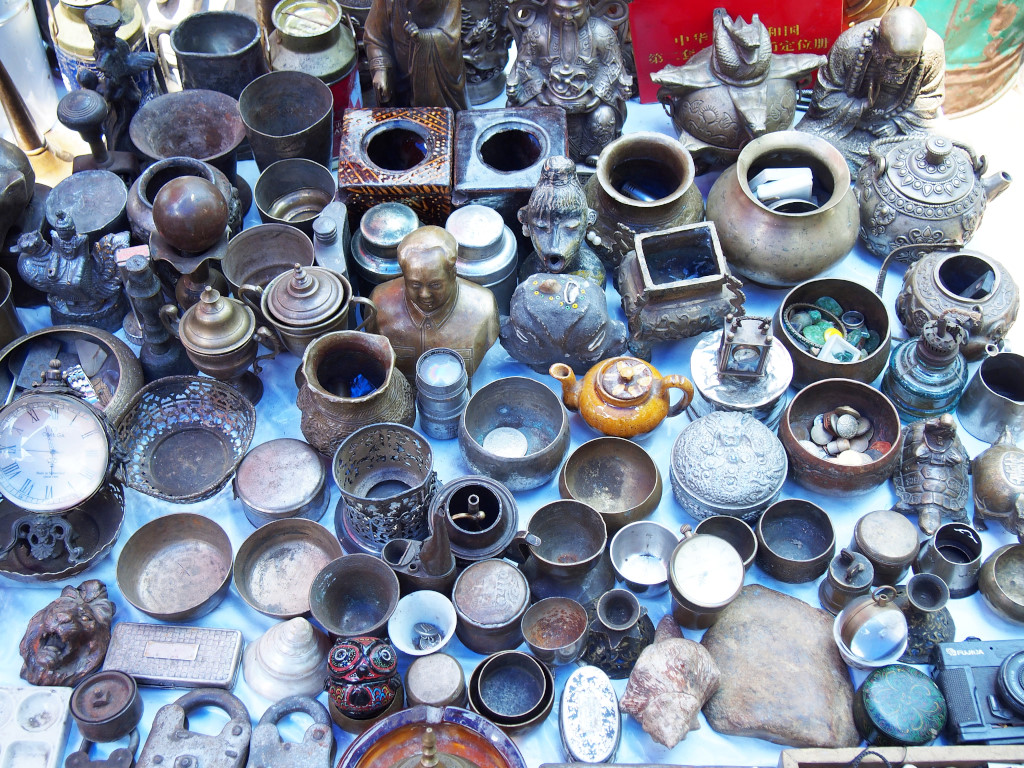 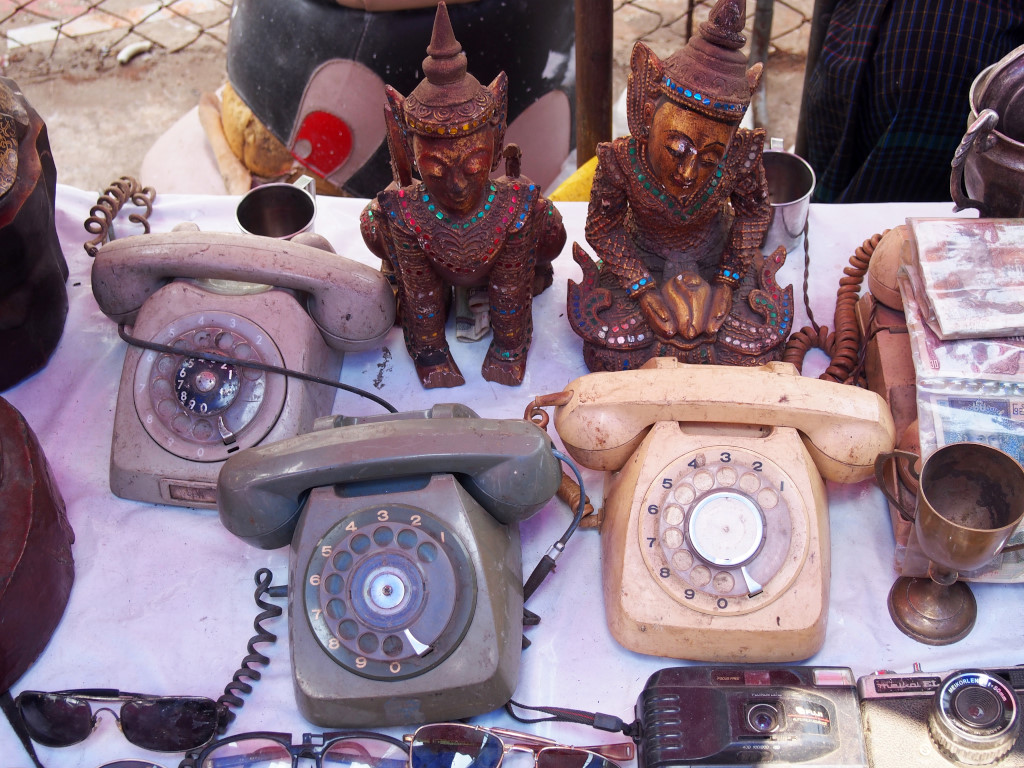 On display are necklaces, old watches, tea kettles, salt and pepper shakers, razors, locks, coins, telephones, mortar and pestle kits, old cameras, flasks, compasses, basically, the same goods that could be found in any antique shop anywhere in America. Throngs of tourists, locals, and monks weave along the already narrow sidewalks cramped by the continuous rows of vendors. 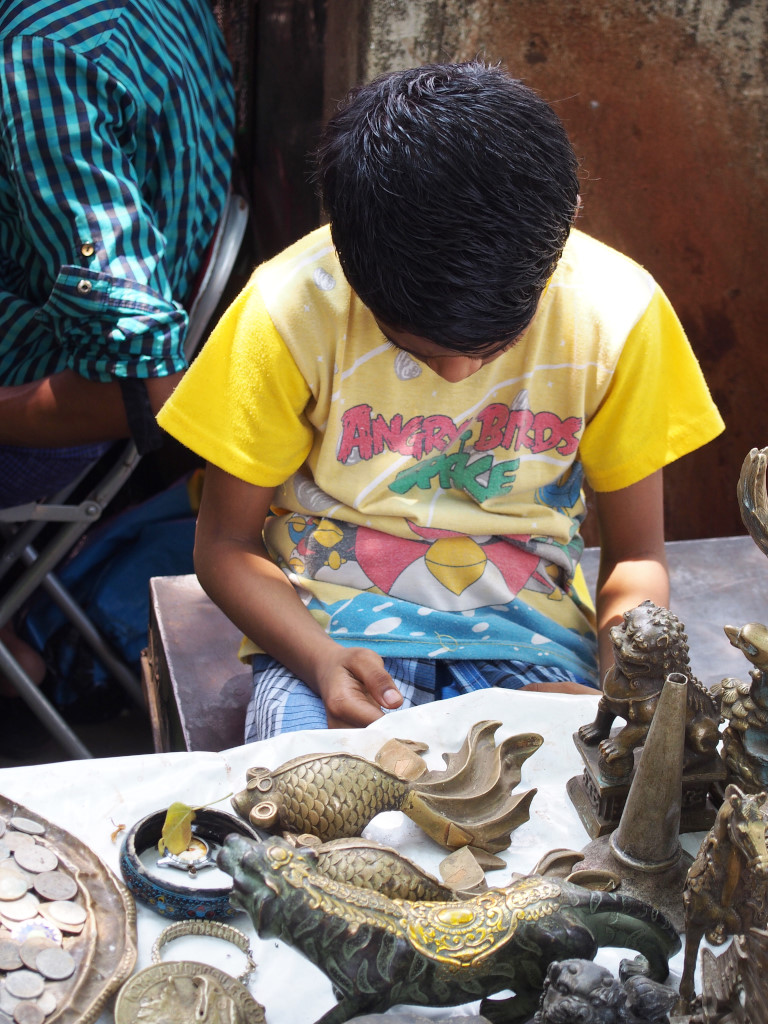 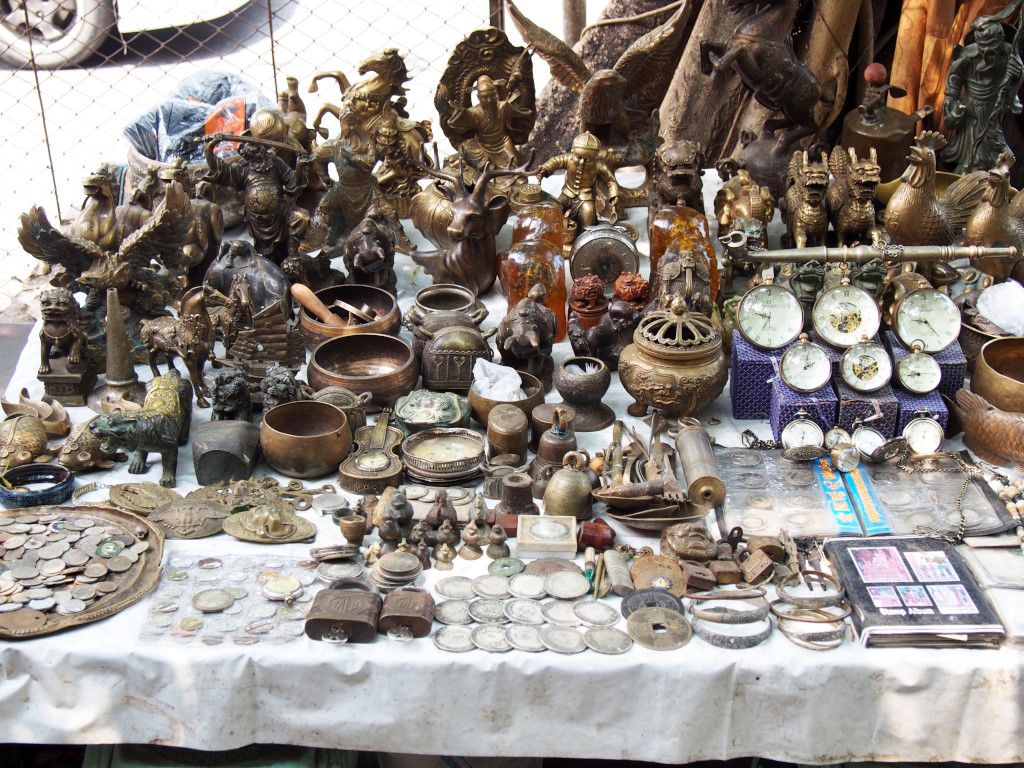 The street food in Yangon really stands out for its Indian touches, more diverse, more expensive, and tastier than what would be found elsewhere in the country. The massive cinder block Shangri-La hotel seems completely out of place in the area, but there it is, anyway, amidst the clutter and chaos of the Indian centre of downtown Yangon. 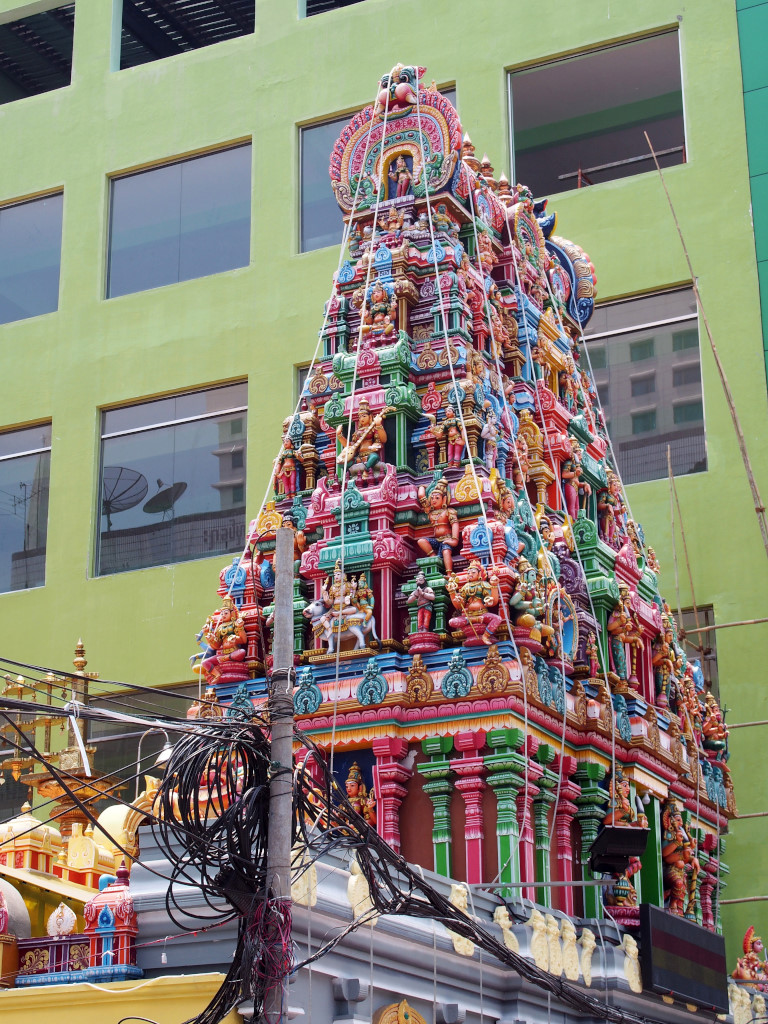 The side streets running north and south from Bogyoke and Maha Bandoola live in a world of their own, gems of colonial historic architecture sandwiched into the dense conflagration of three- to four-level buildings, many if not most of which date back to the time of independence or earlier. 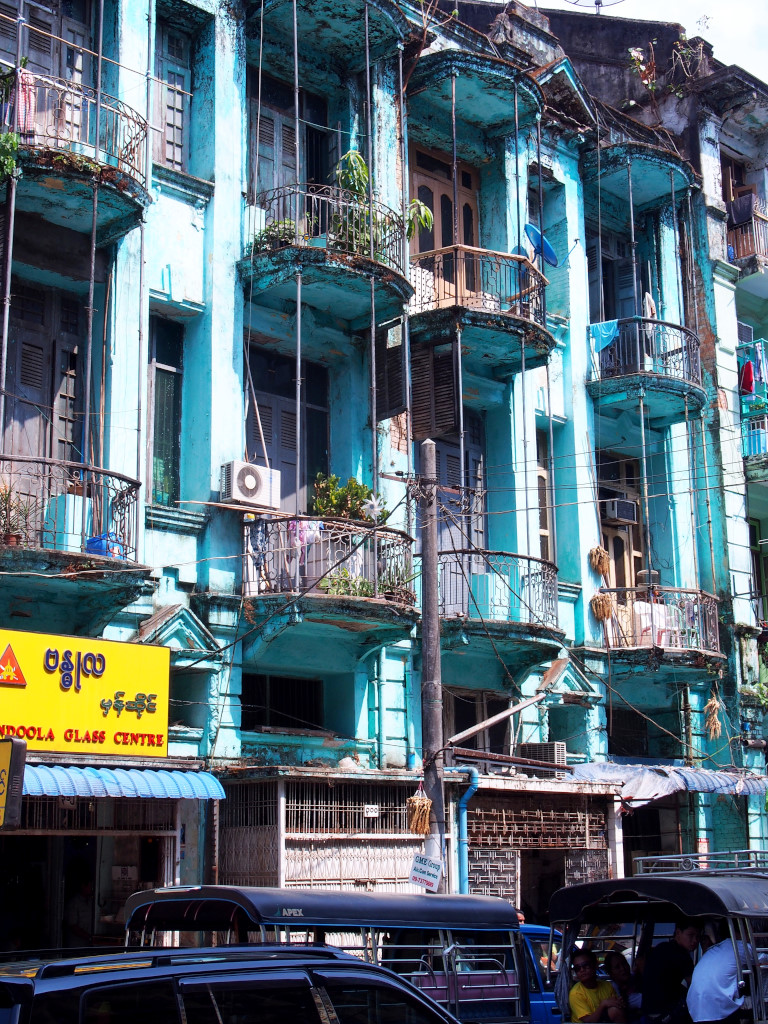 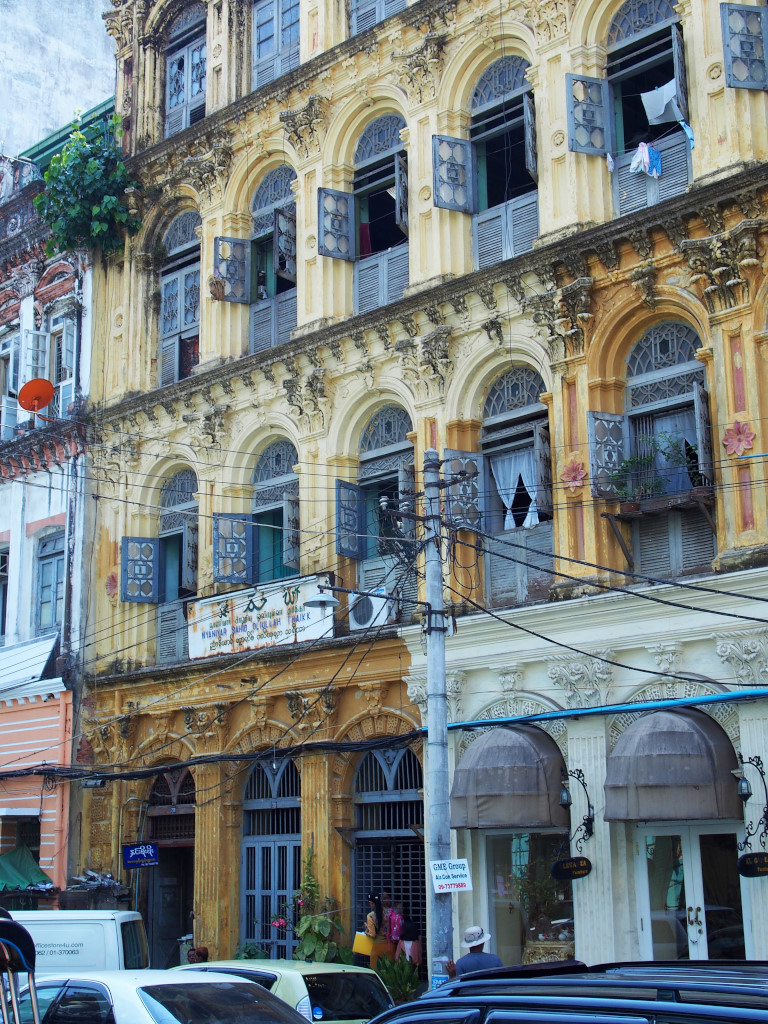 The street-level spaces are dense with shops and workshops, air conditioning units and fans littering the arched windows of the upper floors, a testimony to the ongoing futile attempts to mitigate the intense heat. 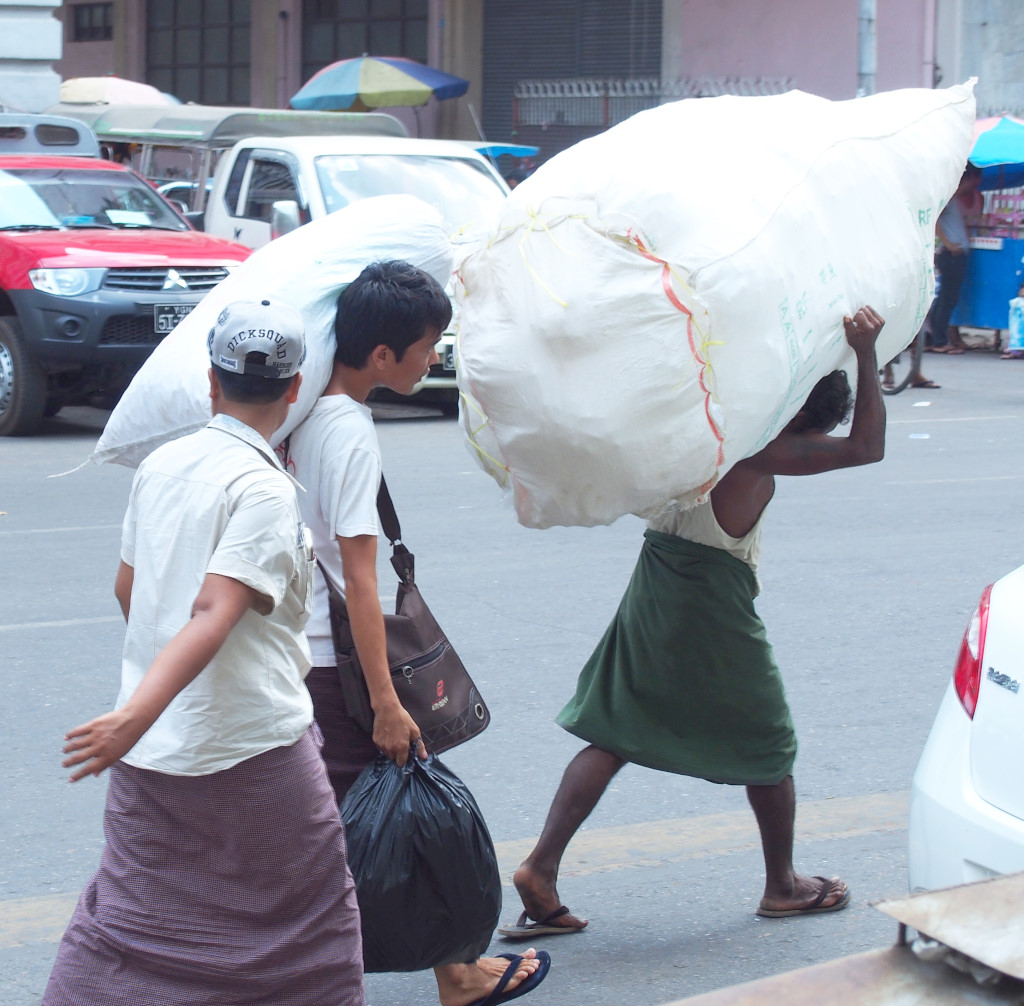 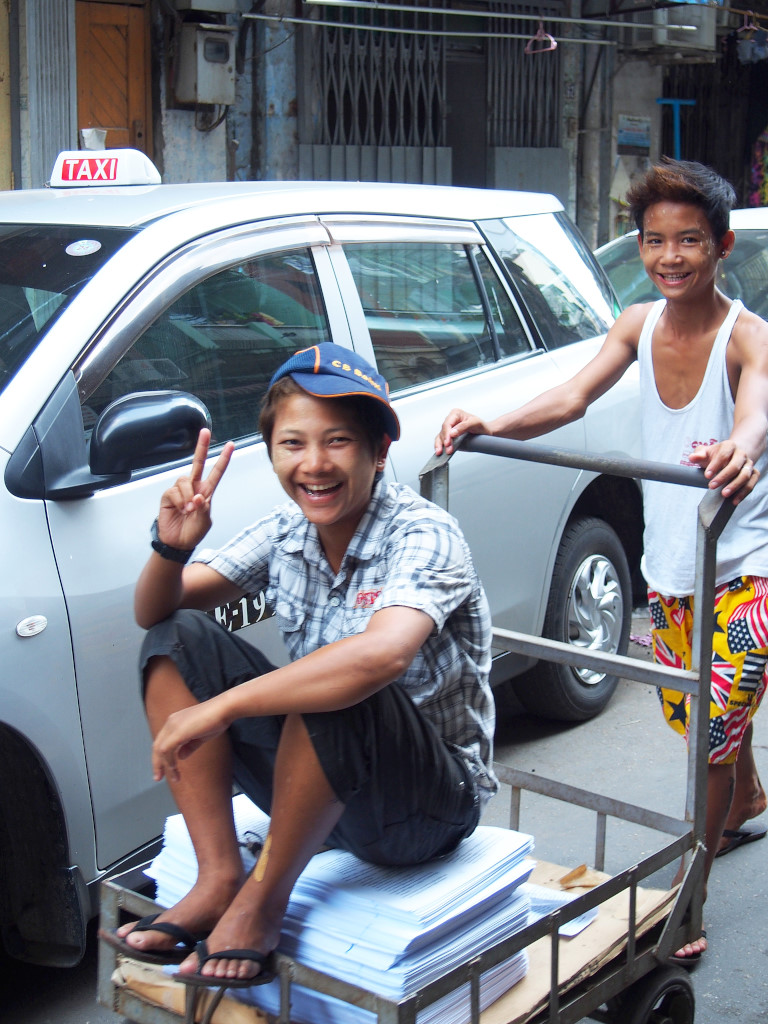 The crowded nature of the centre of Yangon as architected by the English far outstrips any other part of the country for its concentration of life, visible at all hours of the day. Many of the locals are Muslim, somewhat more reticent at the sight of visitors, never mind those taking photos of everybody and anybody. You need never wander too far from Sule Paya to really get a full dose of the city centre! 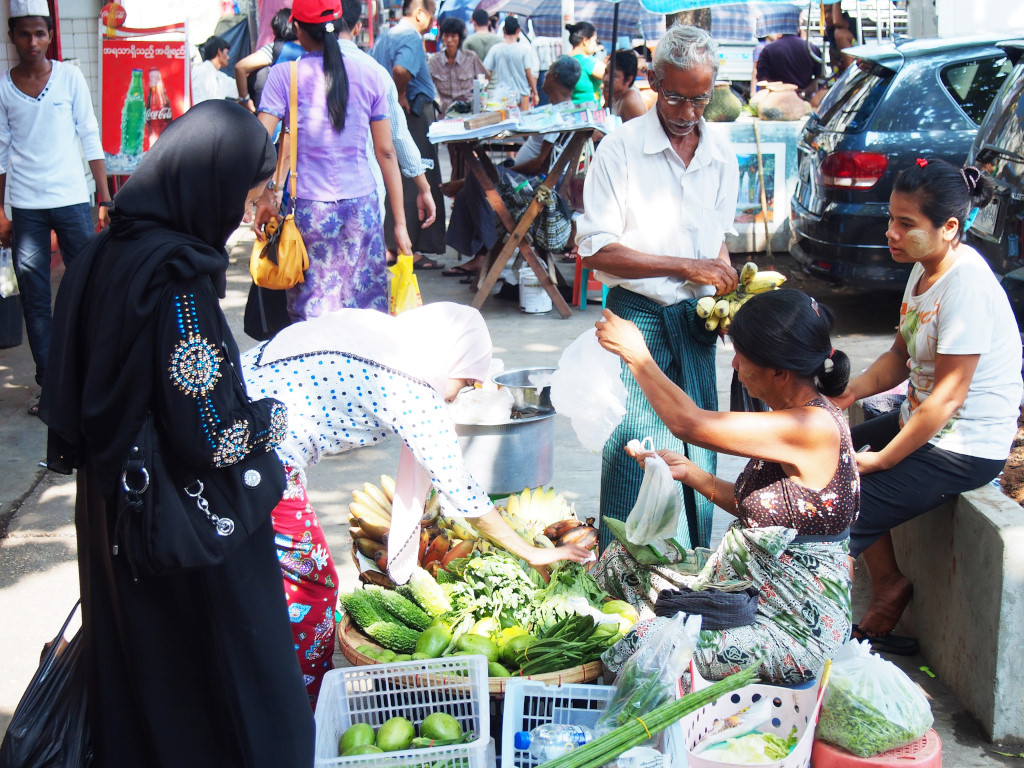 The bus crawls westward to Strand Road in the crush of Yangon’s late afternoon traffic, the city absolutely quagmired by the number of vehicles overwhelming roads in the central areas and beyond. But the bus inches forward and eventually broaches Strand, gaining some momentum and eventually depositing me near the Great Treasure Hotel, the last journey back from town, given that my return to Yangon will hopefully keep me in the vicinity of the airport. 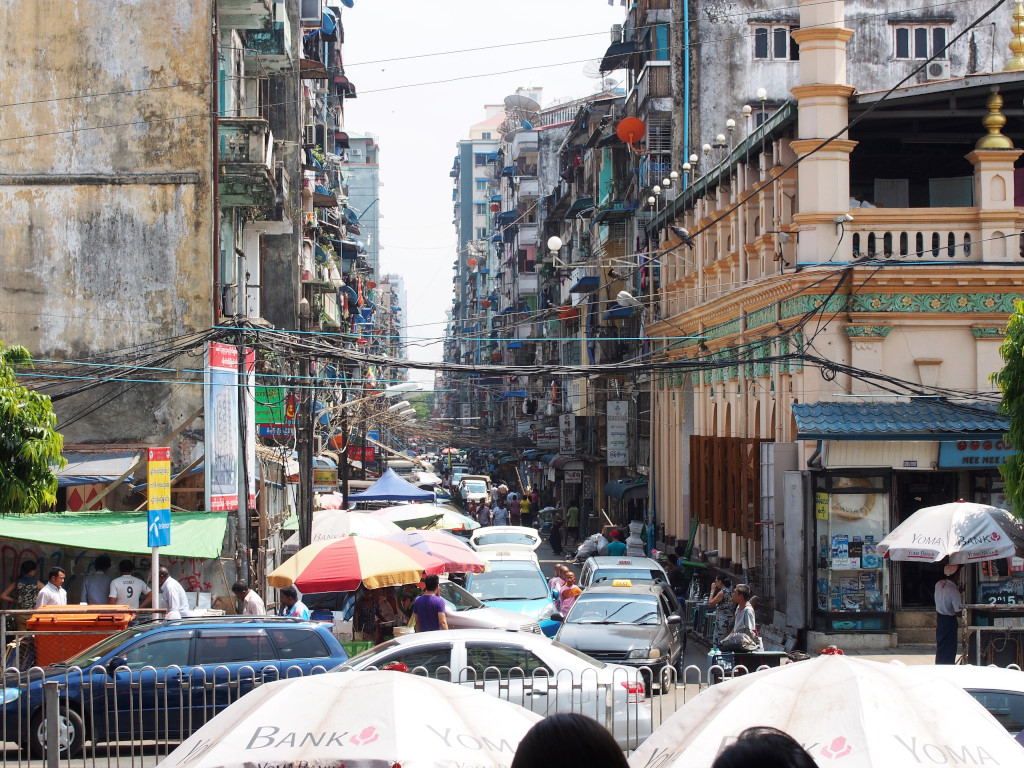 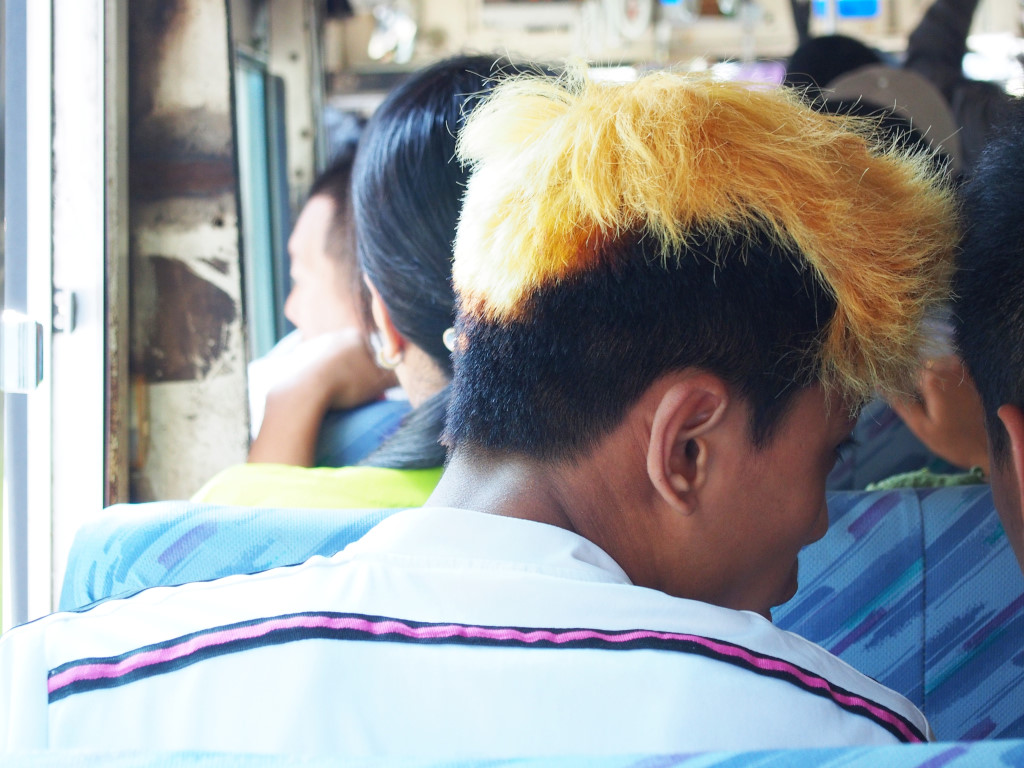 The reception is fairly lenient about the charge for the extra four and a half hours, happily pocketing the ten thousand kyat to be distributed to the colleagues behind the owner’s back. 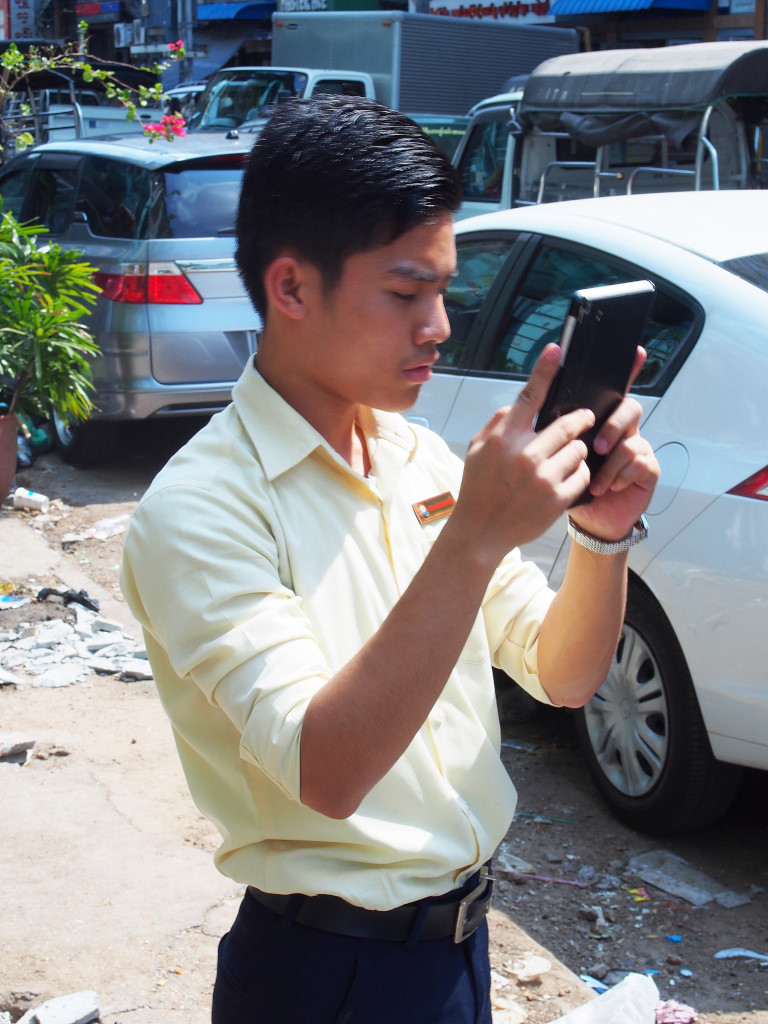 Happily, the lobby is well air conditioned, allowing some productive web surfing and writing before continuing back onto Strand Road for a long journey to the bus station. 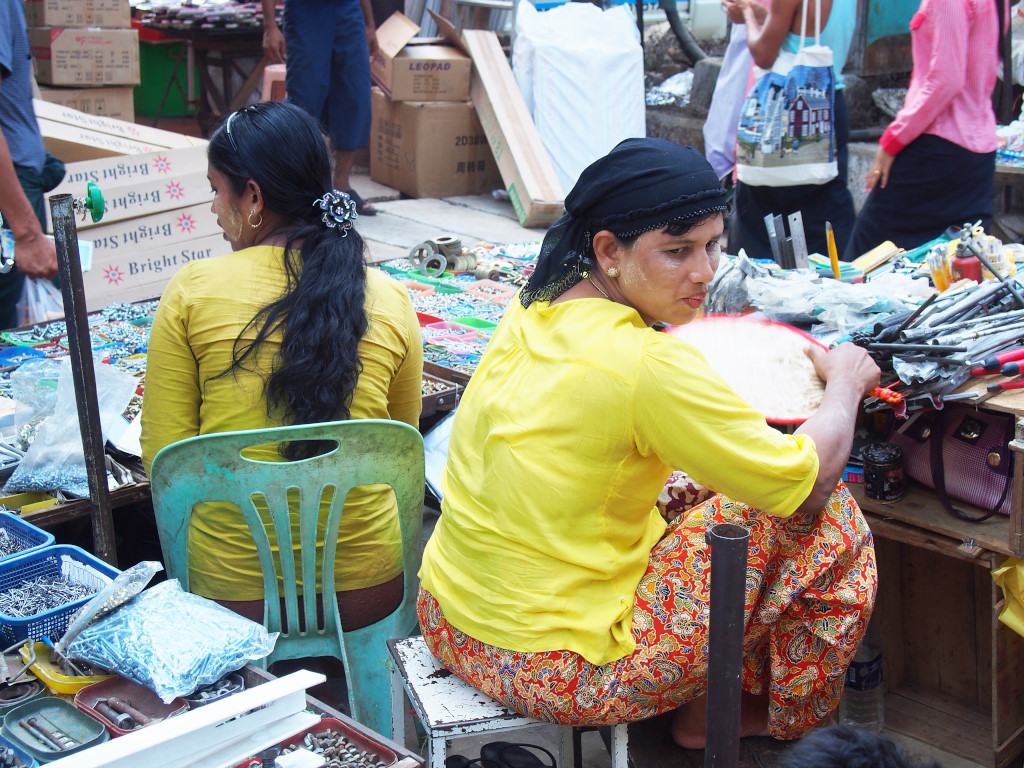 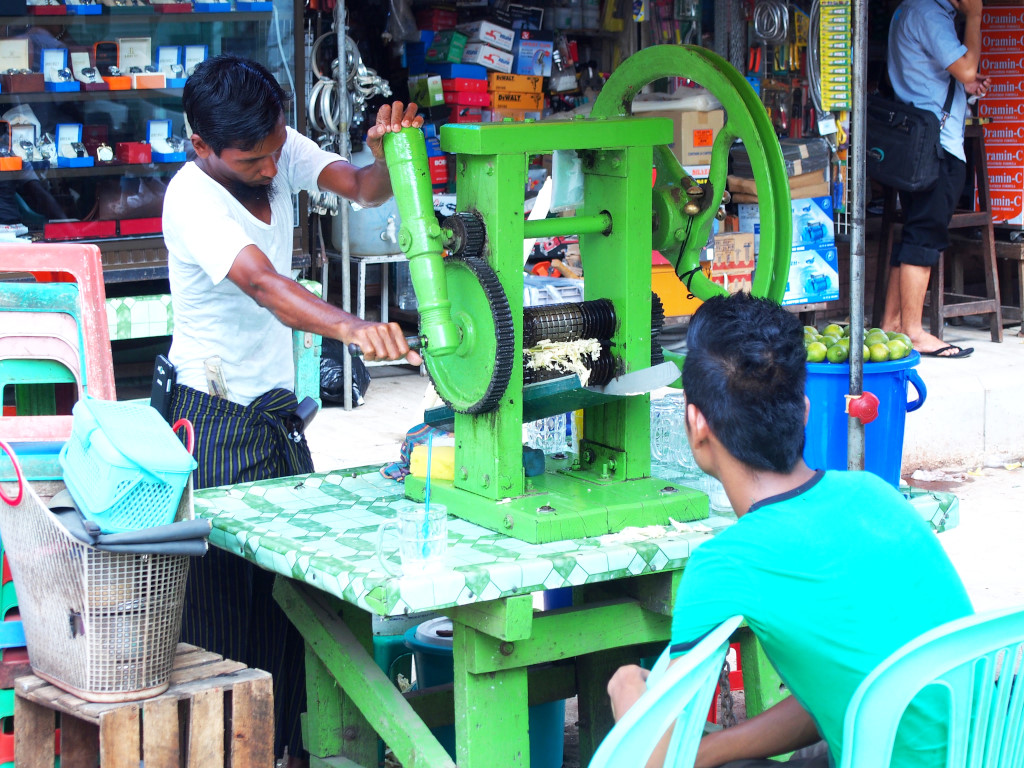 Given that it is only 5:15 pm, there should be ample time to make the 7:30 pm Lumbini bus to Nyaungshwe – or so I think. Sandwiched at the back of the bus lurching forward in fits and starts, most of the time immobilized in a gridlock of traffic, several passengers toss the 8 pm arrival time at the bus station around, which seems utterly improbable, if it weren’t for the fact that the bus is spending most of the journey locked into a stalemate on side roads. It quickly becomes apparent that this bus will be far off the mark, leaving me to grab my things and launch myself into the nearest intersection, with the hopes of nabbing a taxi that may be heading towards the bus station. 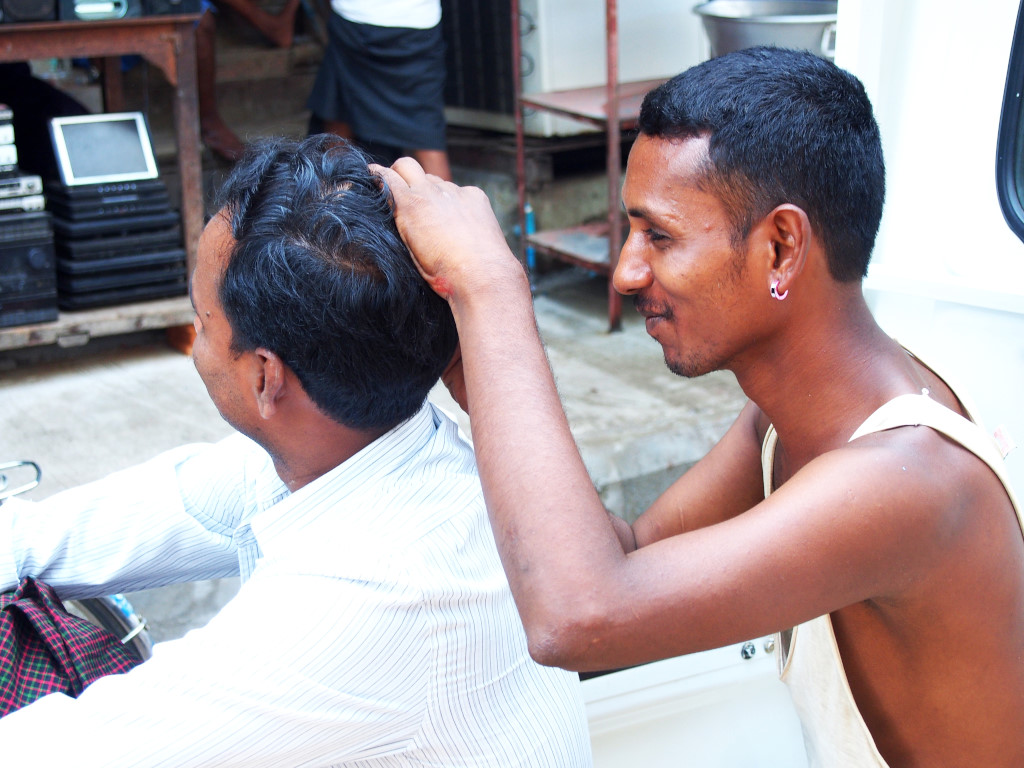 The compact waiting at the light still has a passenger, who assures me she is about to get off, and that the driver should in theory be able to get me to the station well before my bus departure time, although little do I know what a close call it will become. 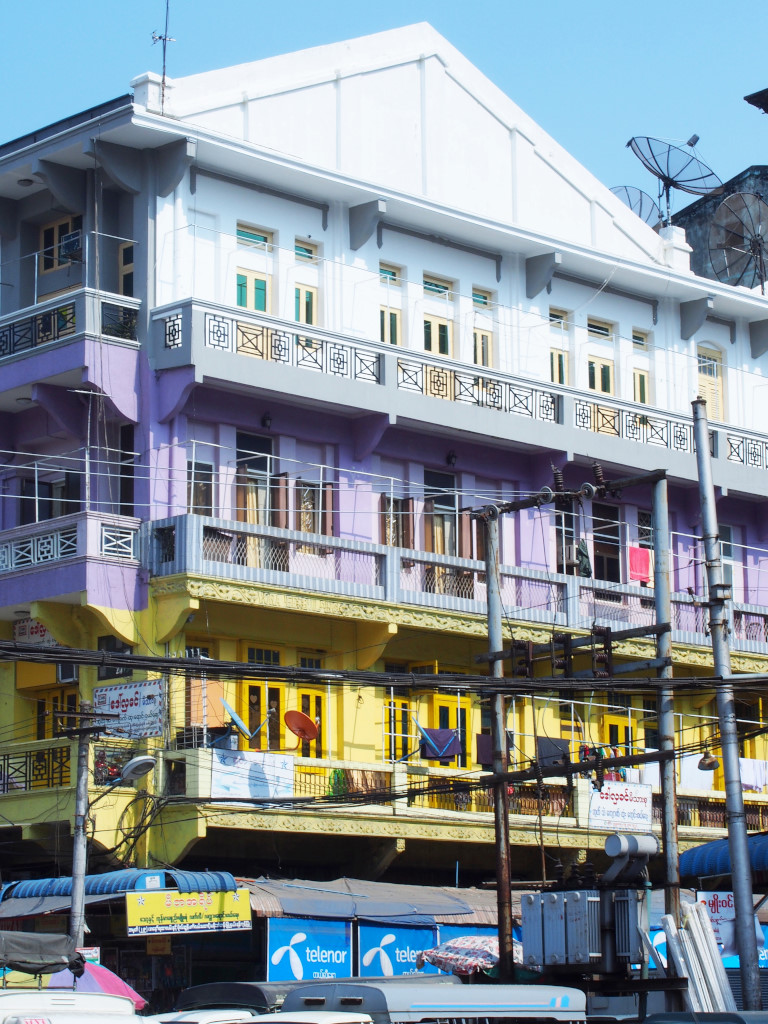 Initially racing down major boulevards towards the north and northeast into the increasing affluence of the city, occasionally slowed down by traffic, the driver tries every trick to weave ahead through any bottleneck. We rocket past some of the last major attractions of the city, including a towering multi-sided pagoda, and later on a giant seated golden pagoda. 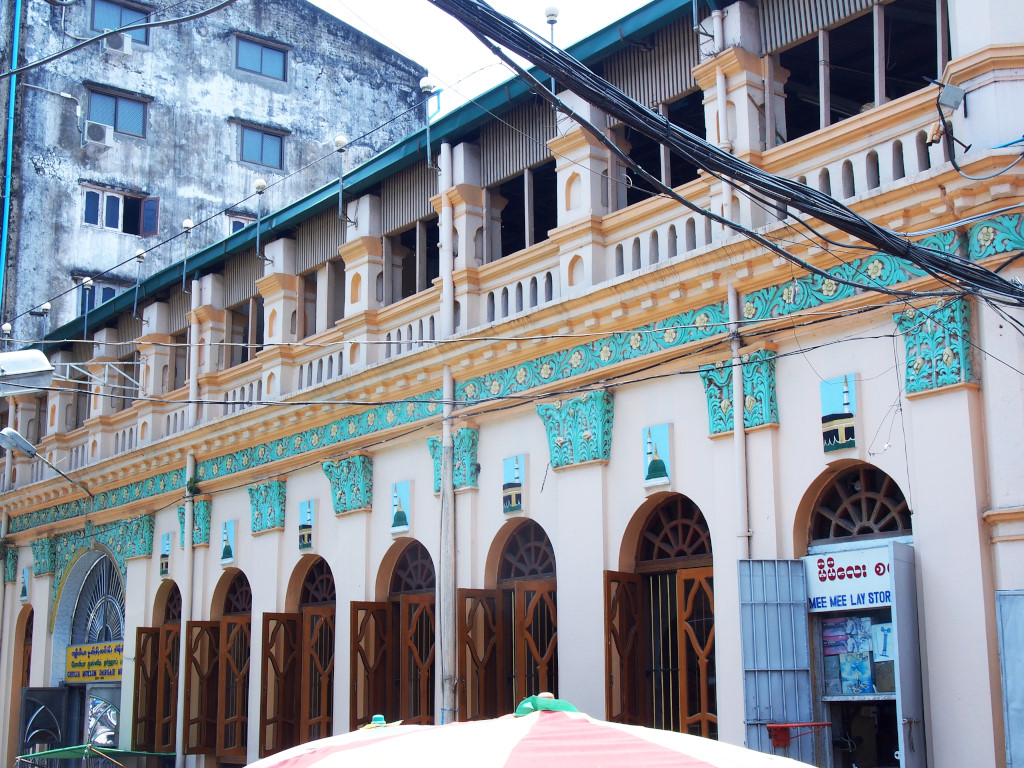 Closer to the area of the bus station, it seems that timely arrival should be assured, except that the driver is now weaving through one obscure alley after another at increasingly breakneck speeds, the encroaching night diminishing any hopes of reaching the bus prior to departure. 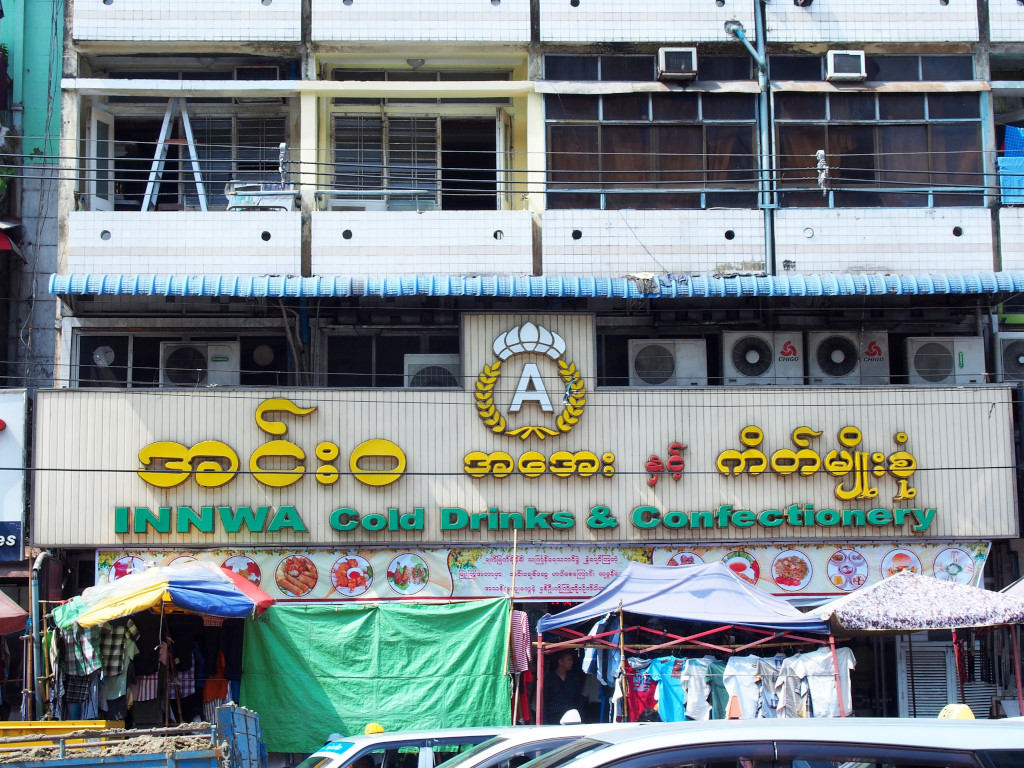 Complaining in any manner is probably pointless, since we are ensconced in some remote enclave outside the city, further away from any semblance of the city.

Finally, along one darkened and exceedingly degraded road, the car’s suspension suffering at every pothole, the lights of the bus station appear in the distance, and following a few inquiries, we are dropped off at the Lumbini bus company office. 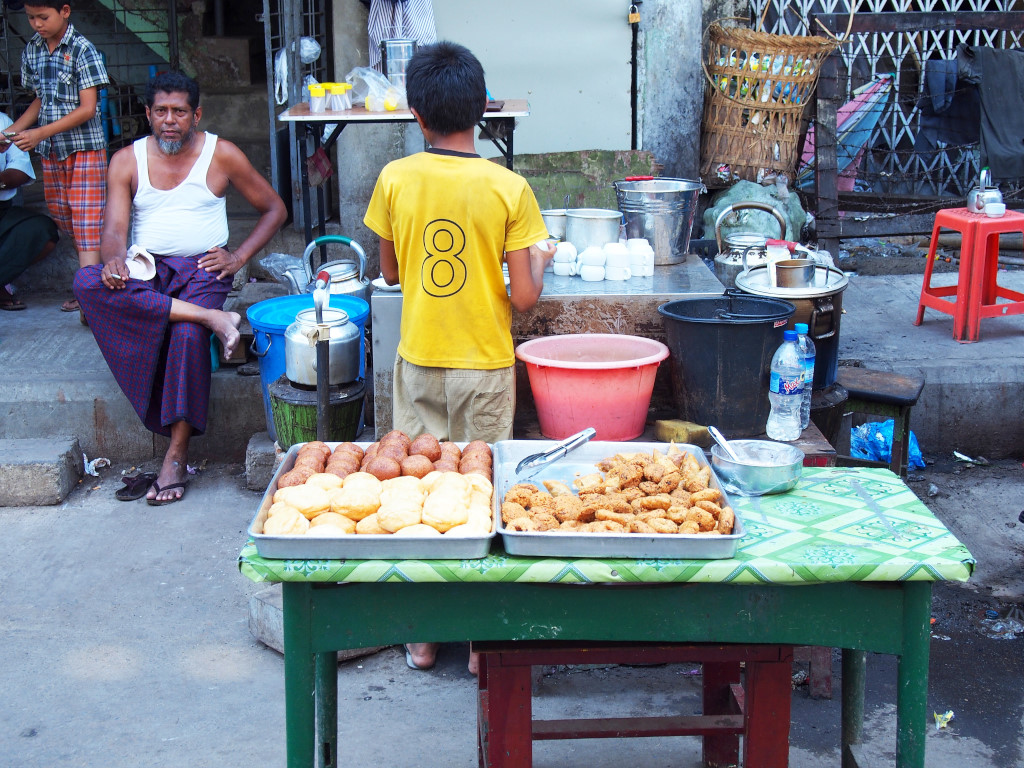 Miraculously, the bus to Taunggyi is parked at the back, and pulls out short minutes after I launch myself into the bus, huffing and puffing. This is stress I definitely don’t need in my life … 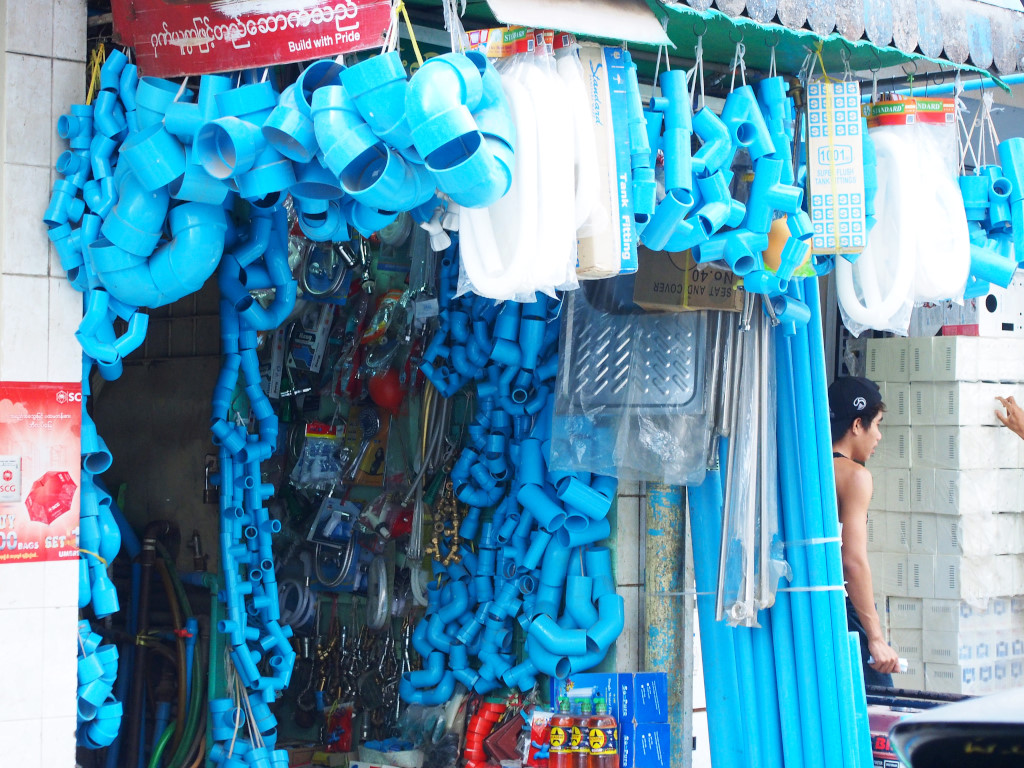