Another day of treading water, possibly the last one in Kalaw. The hope of doing anything memorable here is quickly fading with the ongoing Thingyan festival and the realization that I am in fact sick with a flu or cold, which is leaving me feeling really run down. 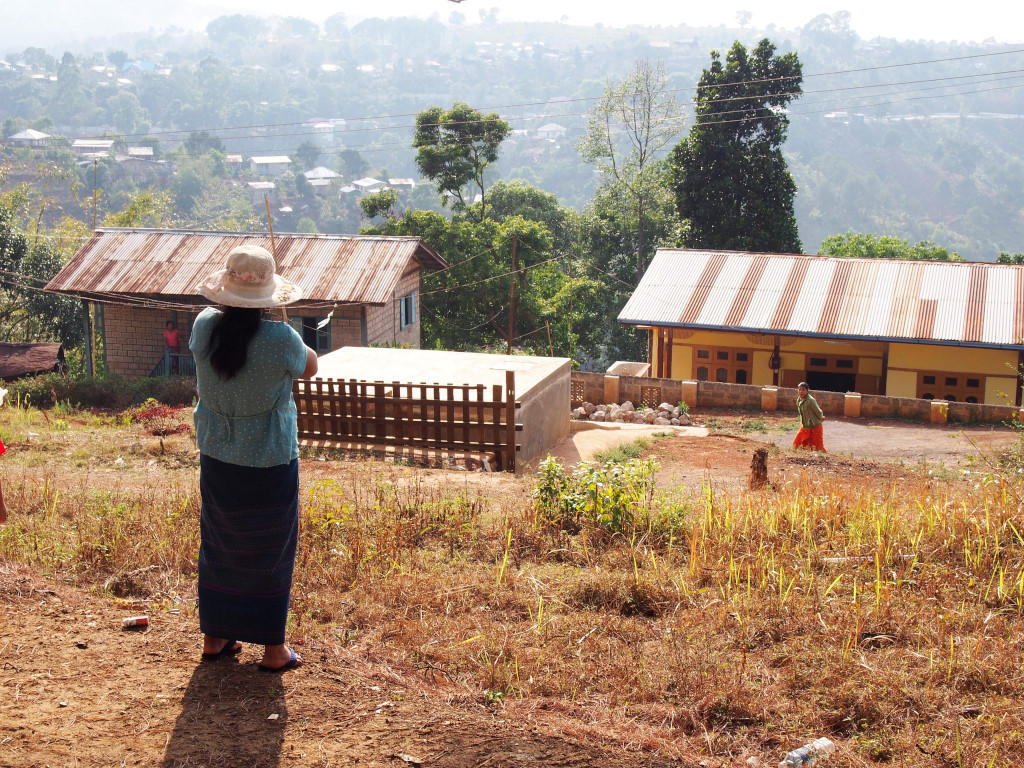 I wake up groggily, the day sunny but somewhat hazy, with little trace of rain clouds. Judging by the activity in the field outside and the music emanating from the circus stage, tonight the circus will be giving another performance. 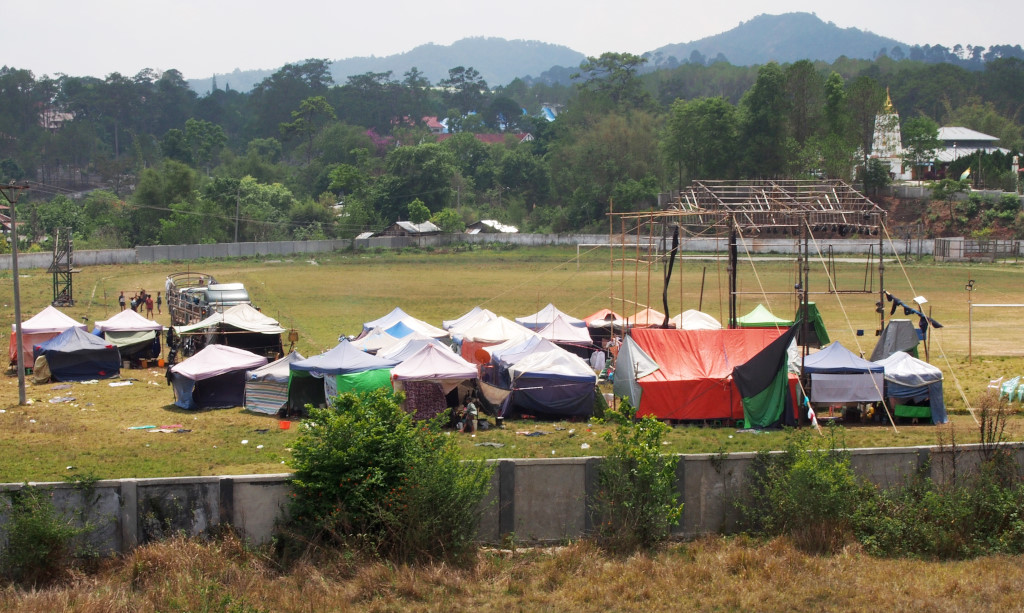 I work through my journal entry and some banking-related transactions, then by the early afternoon am ready to try and do something with my day. A day trek is out of the question, and biking anywhere interesting probably dubious also. I should make some effort to see the remaining attractions in town, by bicycle or otherwise, and then decide upon a possible day trek tomorrow or simply move on.

The walk into town involves the ongoing confrontation with groups of kids who need some convincing as to why I don’t necessarily want the watery contents of their buckets if not hoses tossed onto me, my exposition usually involving some reference to the value of my camera, although the decisive aspect probably being the size of my body looming threateningly over theirs. 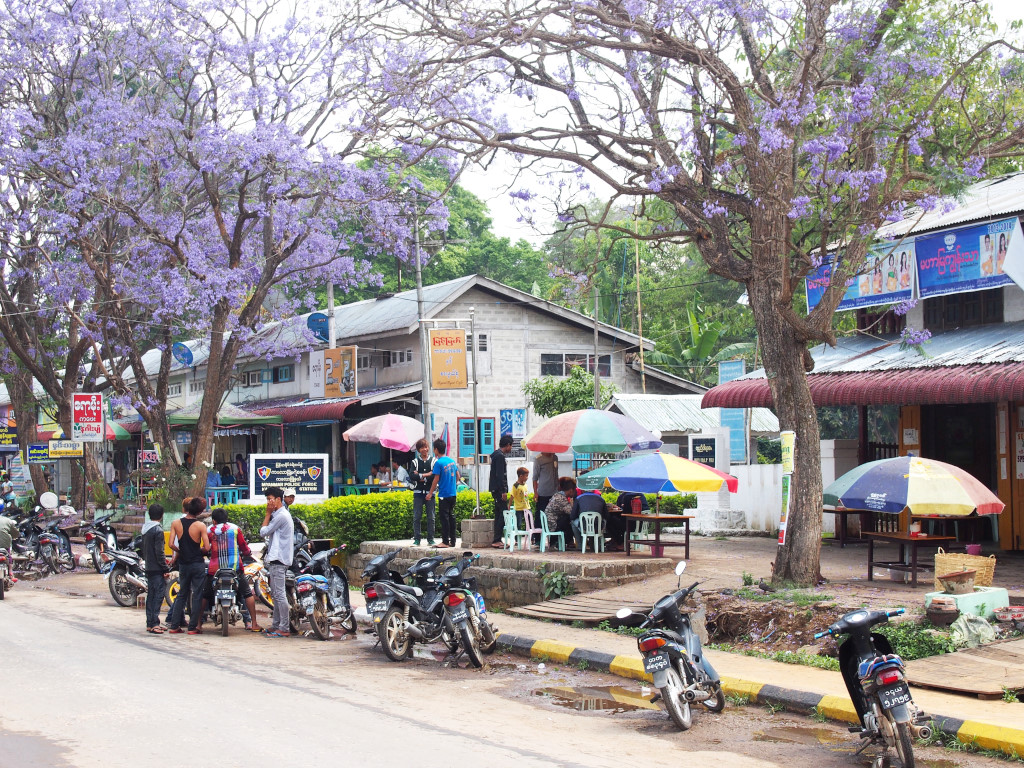 Nonetheless I find this all annoying, Thingyan above all cater to communally-expressed adolescent whims. Skirting any road on which patches of wet are visible or groups of youth gyrating around becomes a priority, temples or side roads being particularly inviting. And Kalaw has a lot of Buddhist temples. 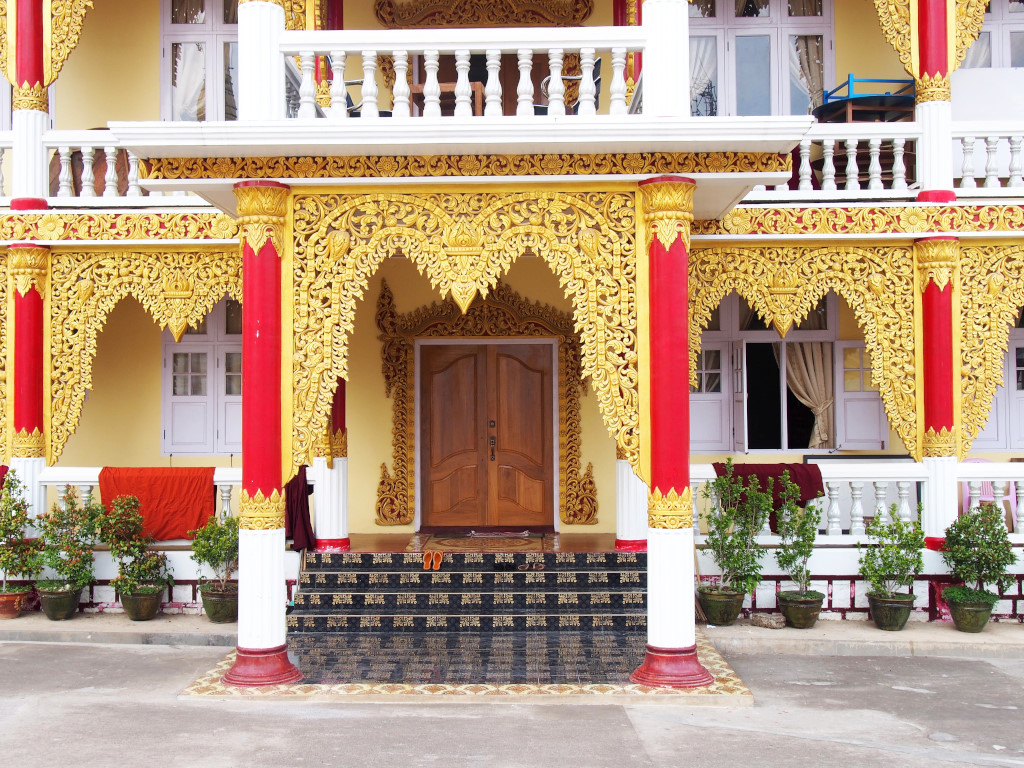 The mosque near the market at the centre of town provides an anchor for the larger Moslem population apparently lodged in this town. 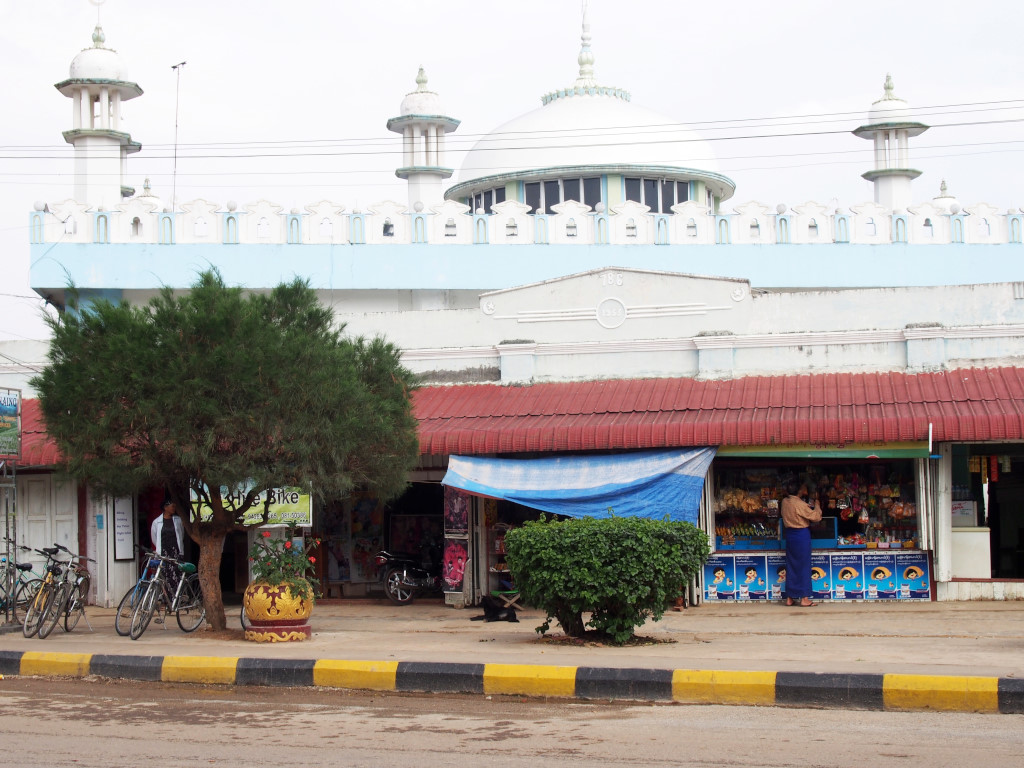 Sam’s is open today, one of the restaurants and trekking agencies recommended by the Lonely Planet, although the aged owners are a far cry from their depictions on the portraits shown on the restaurant walls. I guess the flower of youth doesn’t remain forever … 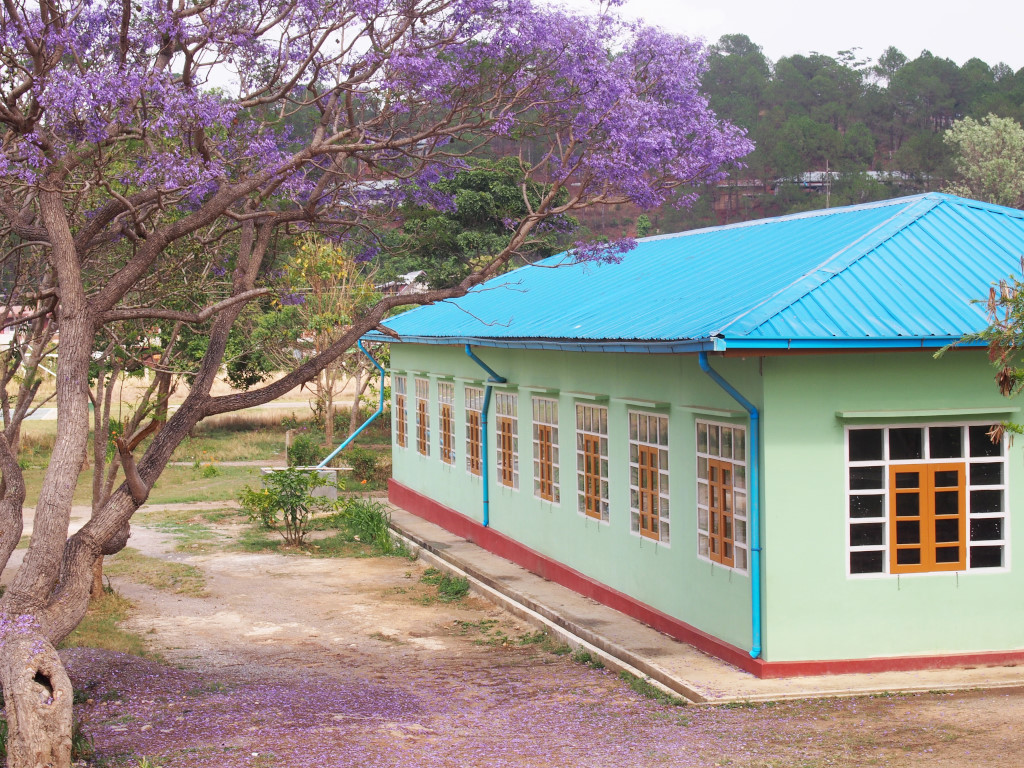 She is exceedingly gracious, the staff eagerly preparing some tasty vegetarian dishes from the extensive Shan menu, but much less can be expected from their travel agency, as it closed today. 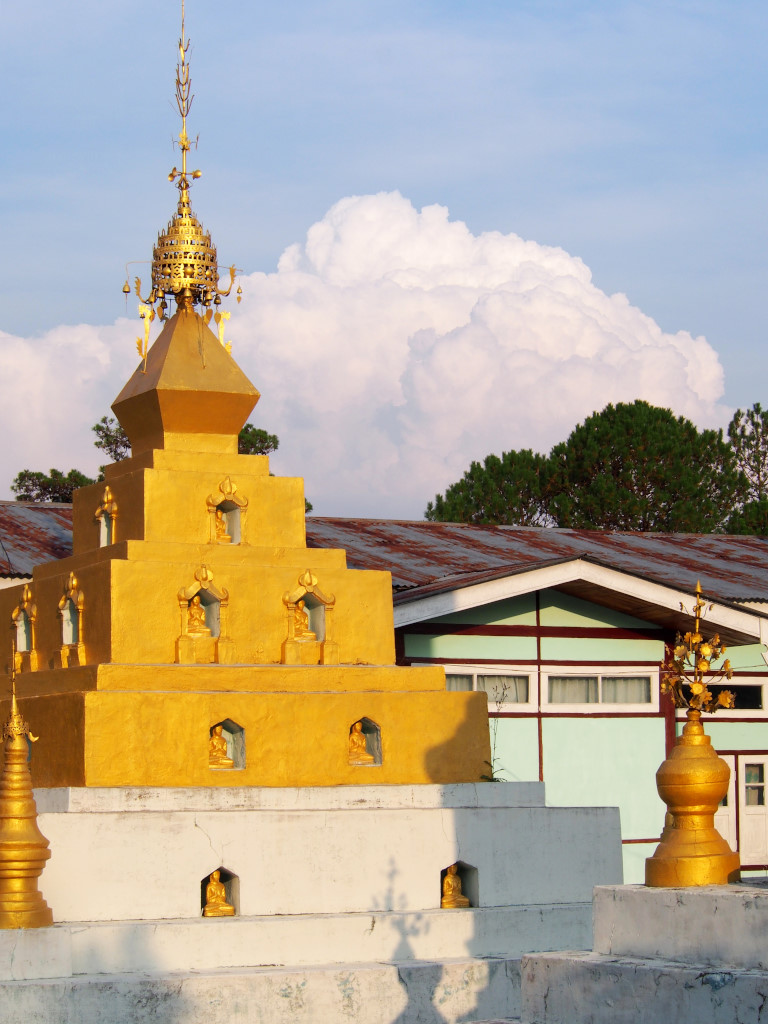 Polite embraces at the door are followed by Sam approaching my table and offering to be of any assistance, which I take up later, following completion of the lovely potato and eggplant as well as peanut curries. 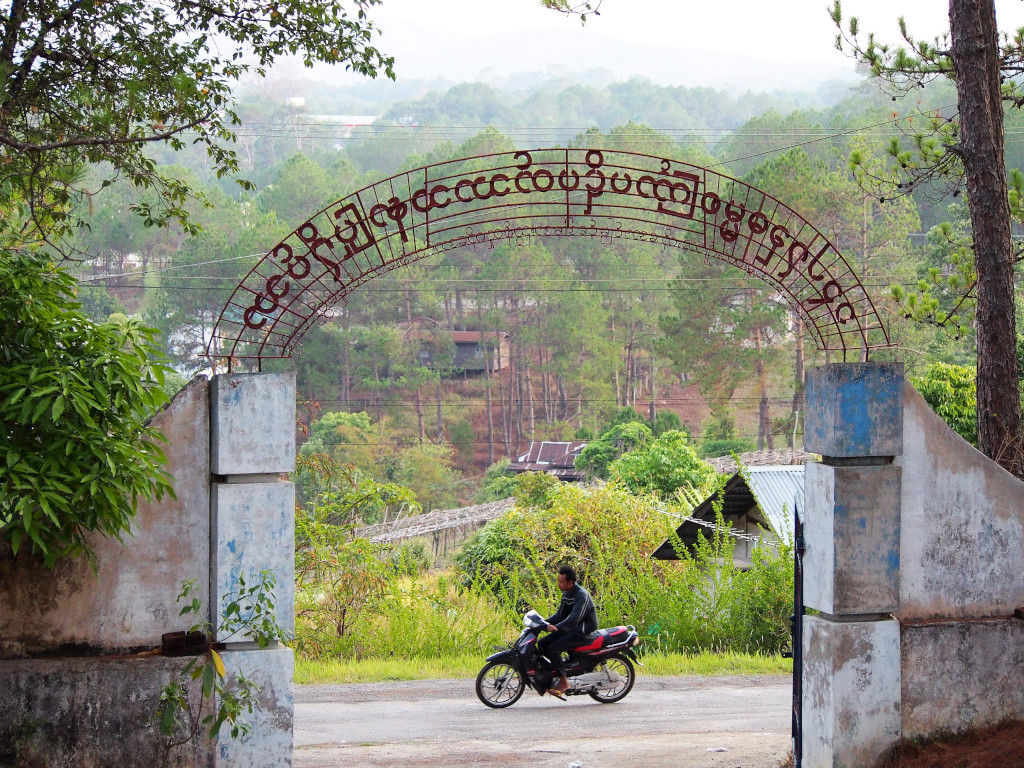 Of the bus connections to Magwe he has little idea, as the bus companies are effectively at a standstill until tomorrow; with respect to hiking, there will be no guides available until the day after tomorrow, and regarding the attractions that could possibly be seen from town by bicycle, I would have to speak with one of the number of travel agencies renting bikes along the main road, as they know the local roads better than he does. 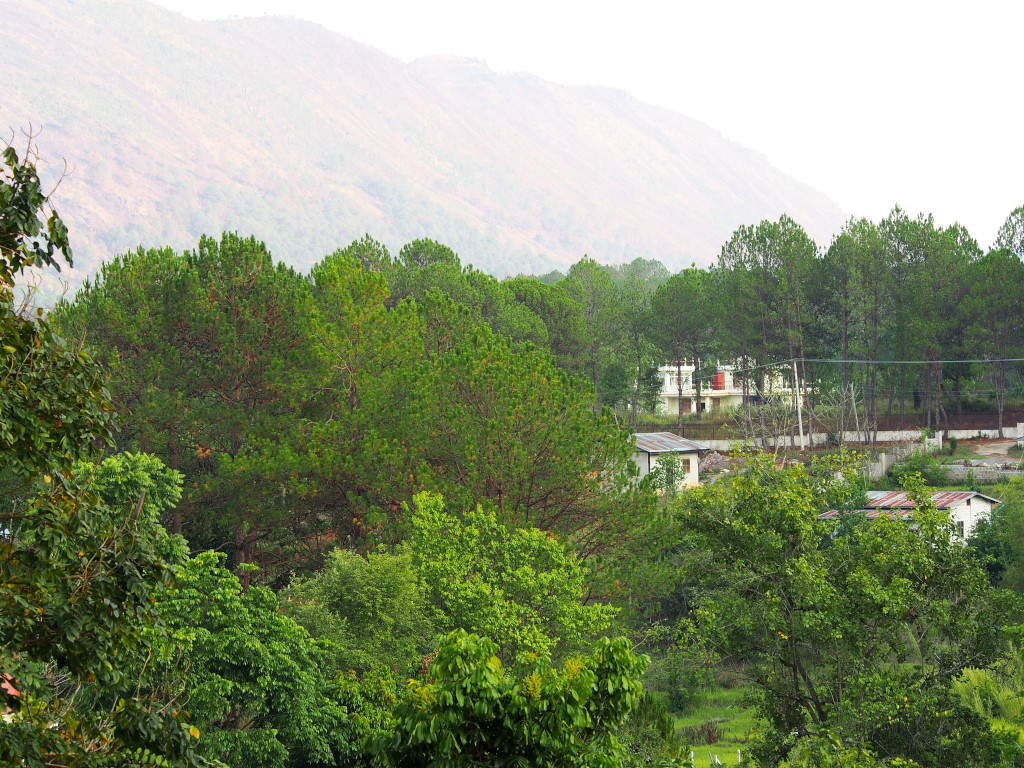 So why did you offer to help when you are in fact of no help whatsoever? As someone owning one of the most touted local trekking agencies, how could you have no idea as to the biking opportunities available locally, or for that matter be unaware that only one place in town rents bicycles, and they really have no clue as to what’s out there? (The curmudgeonly traveler strikes again!) 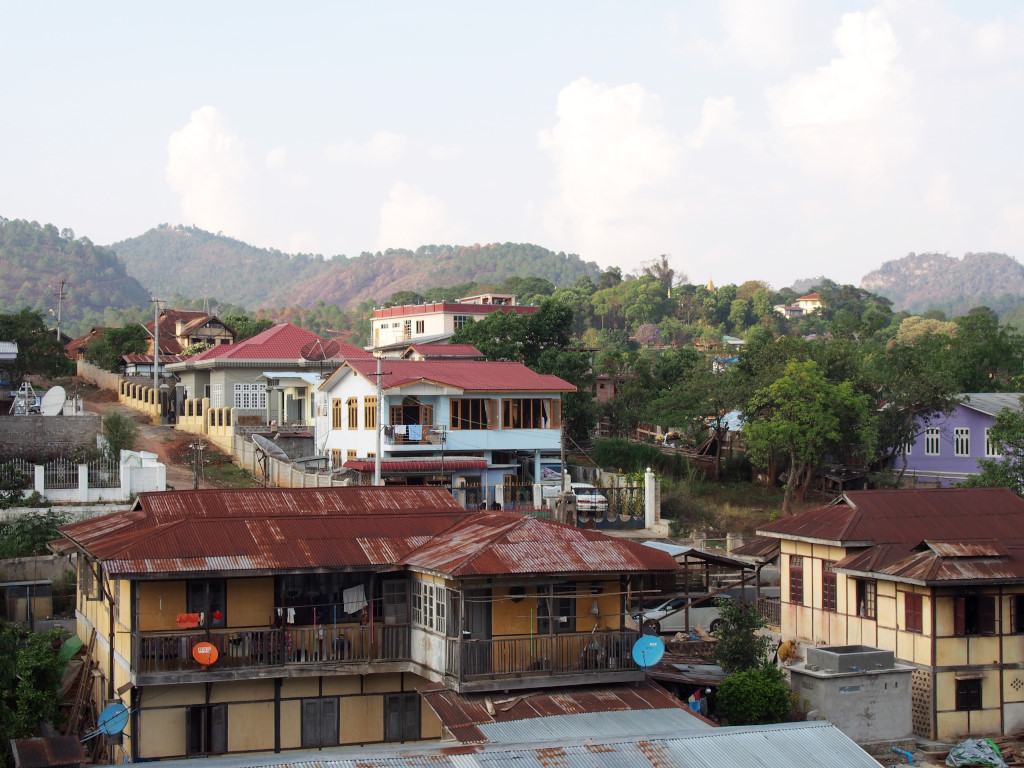 Dodging the feral parties of youth concentrating their efforts between the market and the main road, the Aung Chan Tar pagoda under extensive reconstruction seems like a suitable escape. The groups of soaked youth roaming the streets are far too energized and ready to douse anyone in their vicinity with as much water as possible. 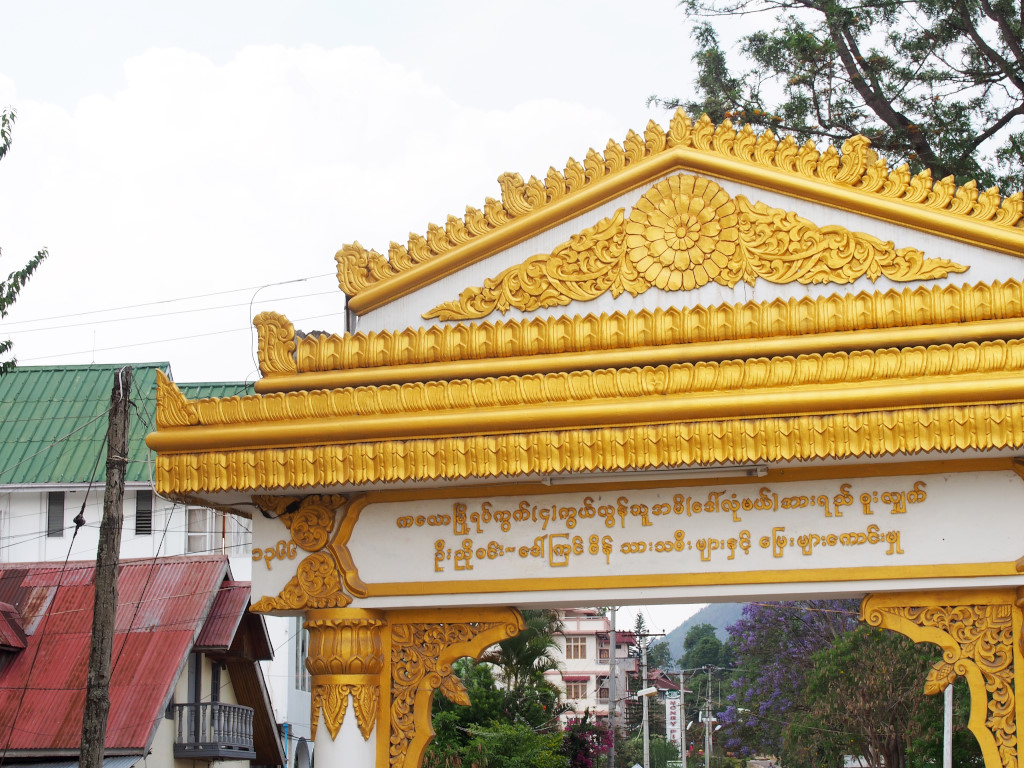 The pagoda is of little interest, but then the few businesses in the bleak downtown that could be otherwise compelling are shuttered, the focus of activities in town beyond getting soaked being gyrating wildly to the Burmese version of indie rock in a mosh pit setting. 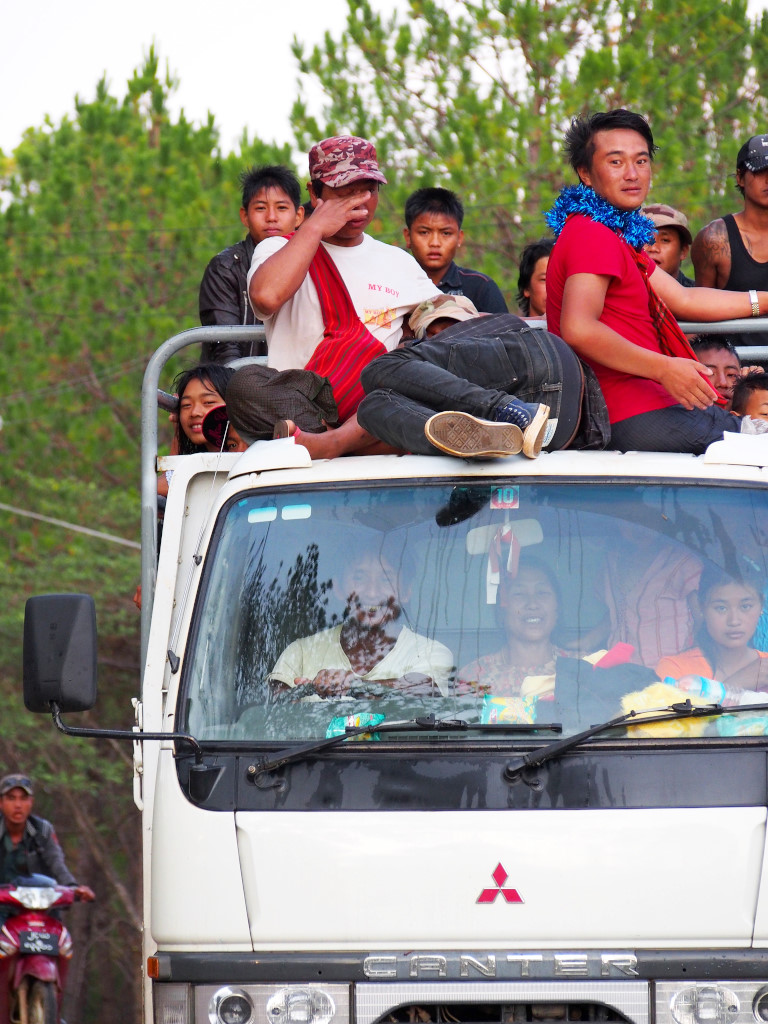 The road leading up to the highway is relatively quiet, but the highway itself is where most of the real water tossing takes place, although due to the breadth of the road, it is far easier to avoid the baptismal crews. 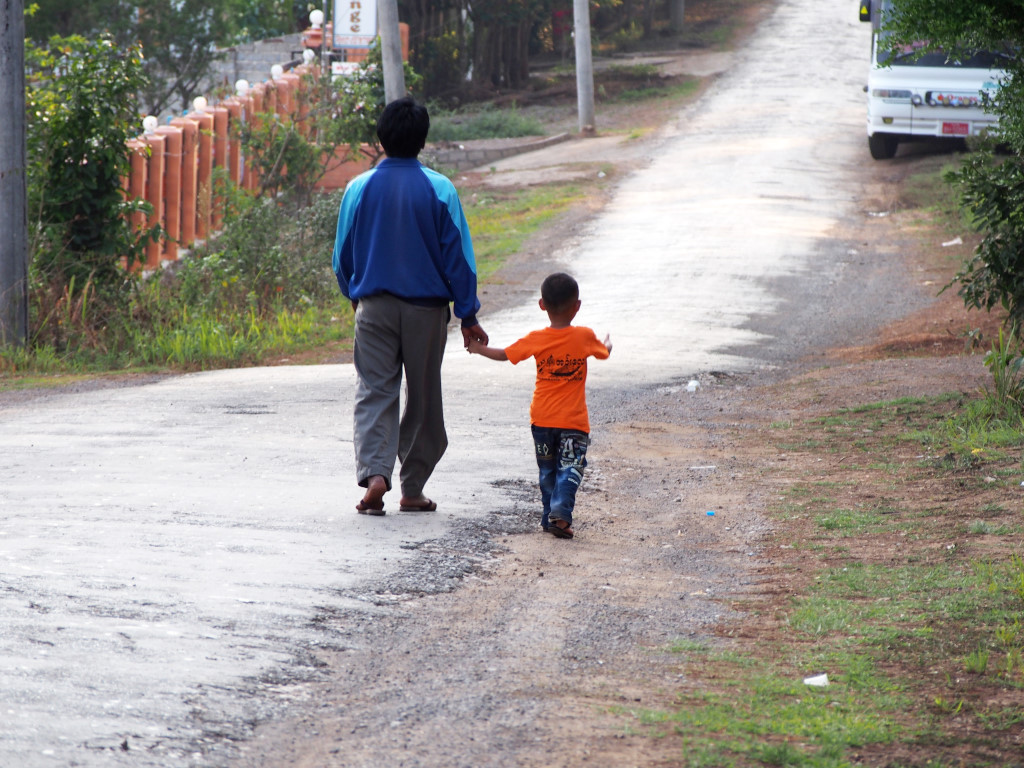 I return to the hotel, only to fall asleep again, not a bad ploy in this superlative country lodge. 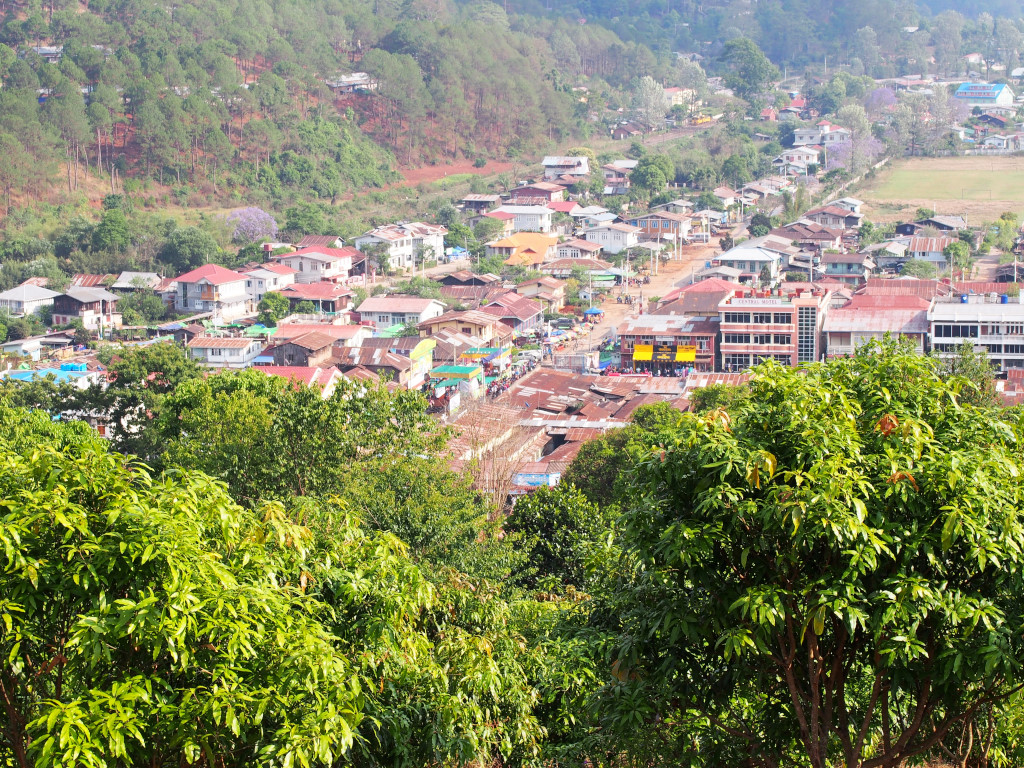 Groggily awakening from my sleep, it is close to 8 pm, and probably far too late to return to the bicycle rental place and try and book a trekking guide for tomorrow. 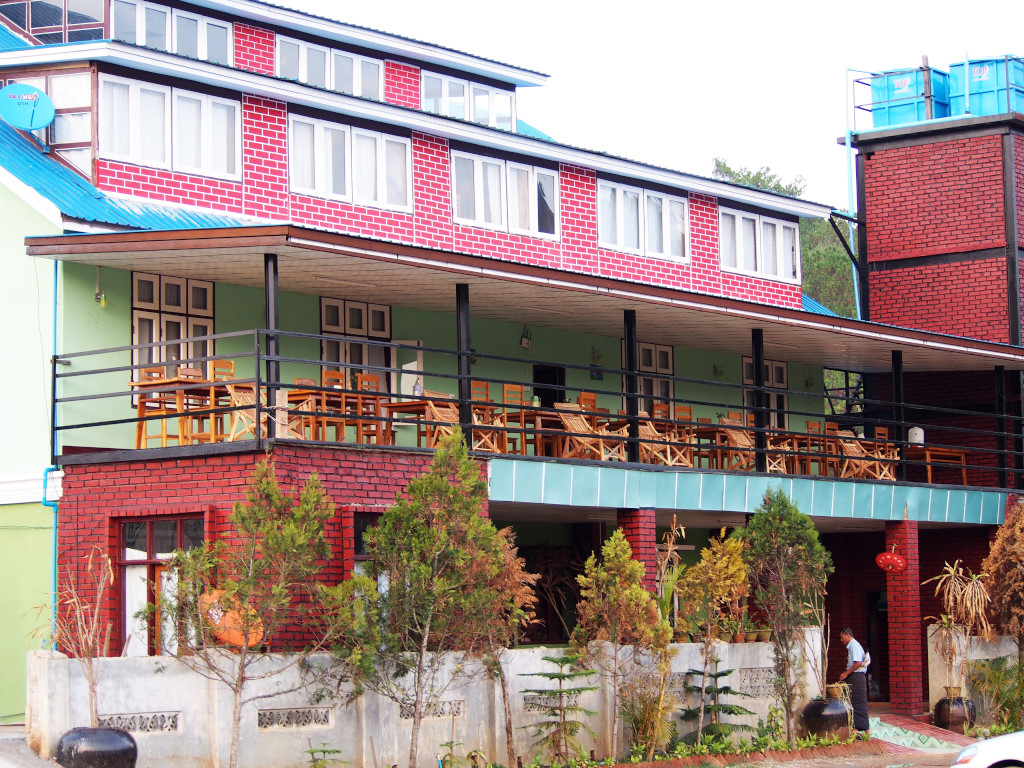 So it seems that the best thing to do tomorrow will be to head back into the baking heat, aiming for Meiktila, and if possible all the way to Magwe. 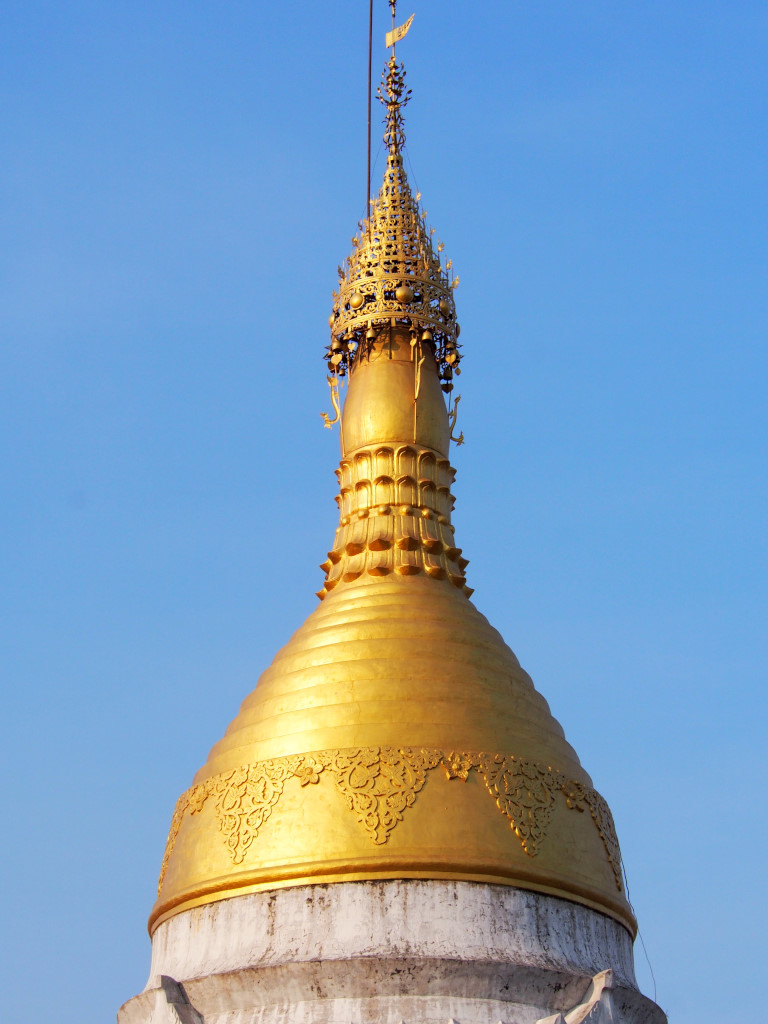 Since the only reason to have returned to town was to book a trekking guide, there is no need to go any further than the food kiosks in front of the circus for some snacks, the area in front of the entrance alive with locals, although the grounds inside are presumably packed with Burmese watching the antics on stage with rapt attention. 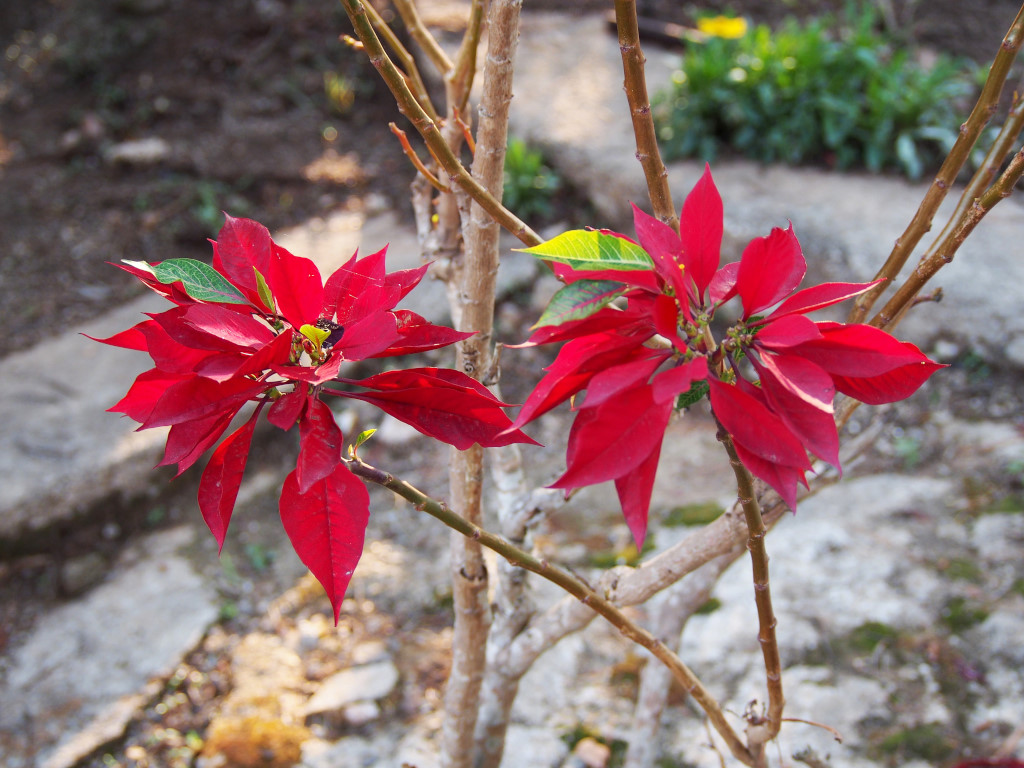 A lineup of people wait for the vegetable crepes being prepared on two burners, the table with a selection of sweets, pancakes, deep-fried battered bananas and pretzels in jaggery syrup far more inviting, what with the lack of lineup. 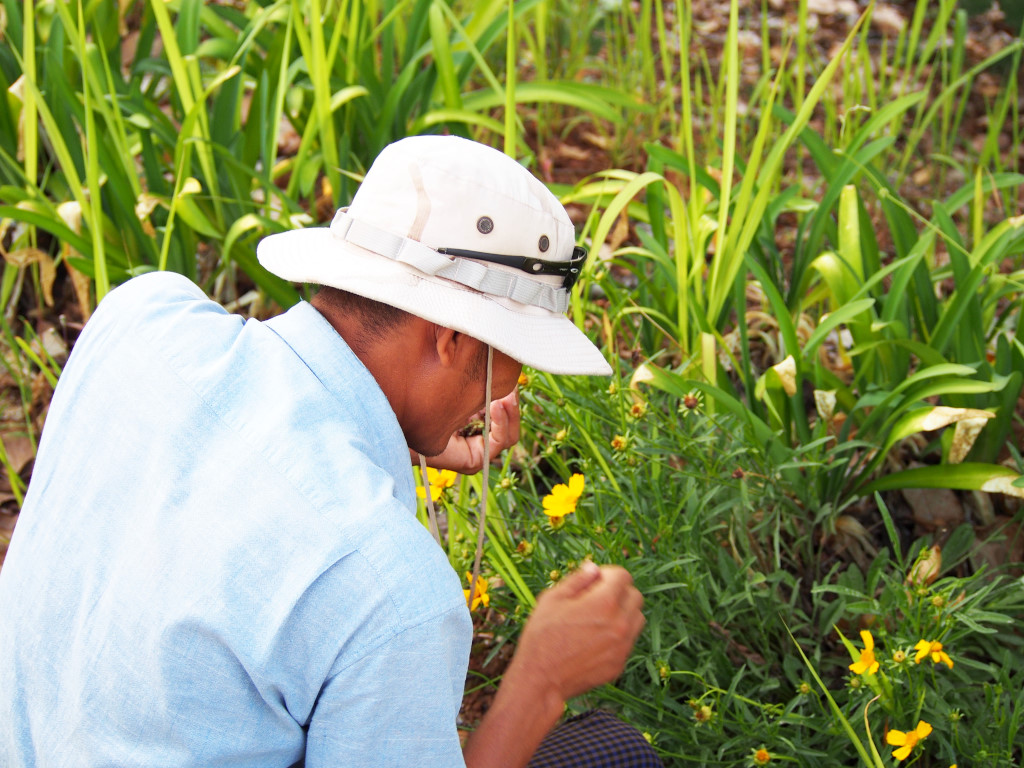 Despite the fact that Asian elephants have endured captivity for untold centuries, it still is difficult to watch the small creature standing listlessly next to the tree to which it is chained, eyeing us somewhat lifelessly. 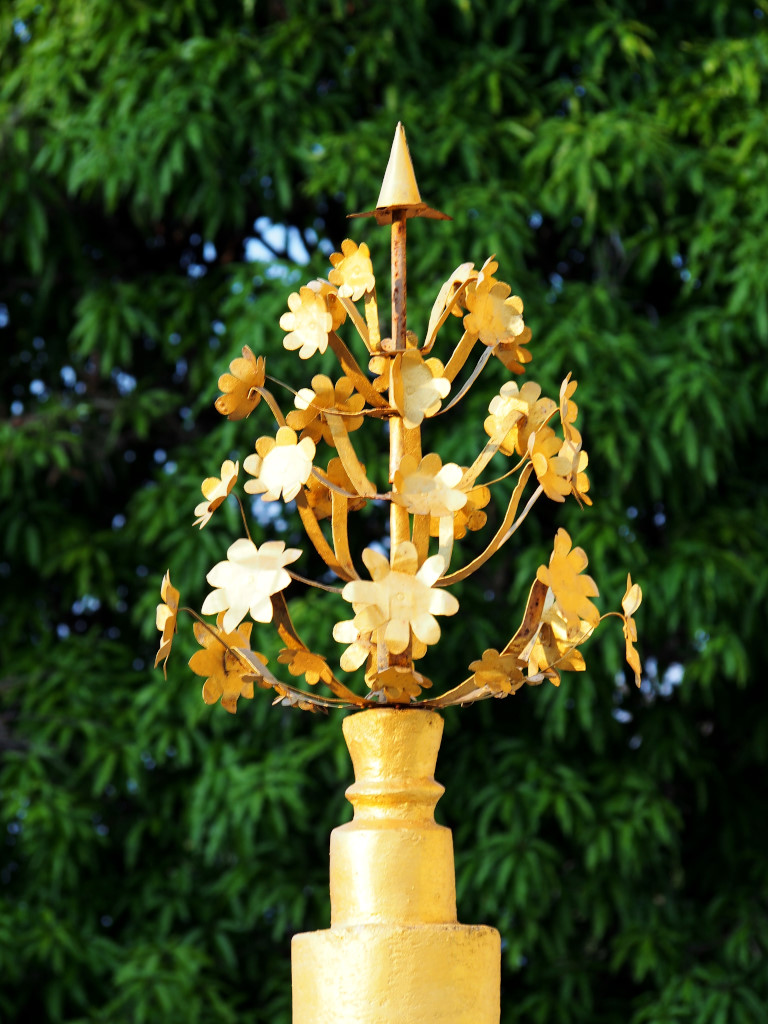 With the idea that there could be better eating options available in town, I make my way along the darkened road back towards the centre, the nocturnal roads happily clear of the water-tossing crews, young monks and their secular counterparts rushing towards the town for their own last moments of Buddhist new year festivities. 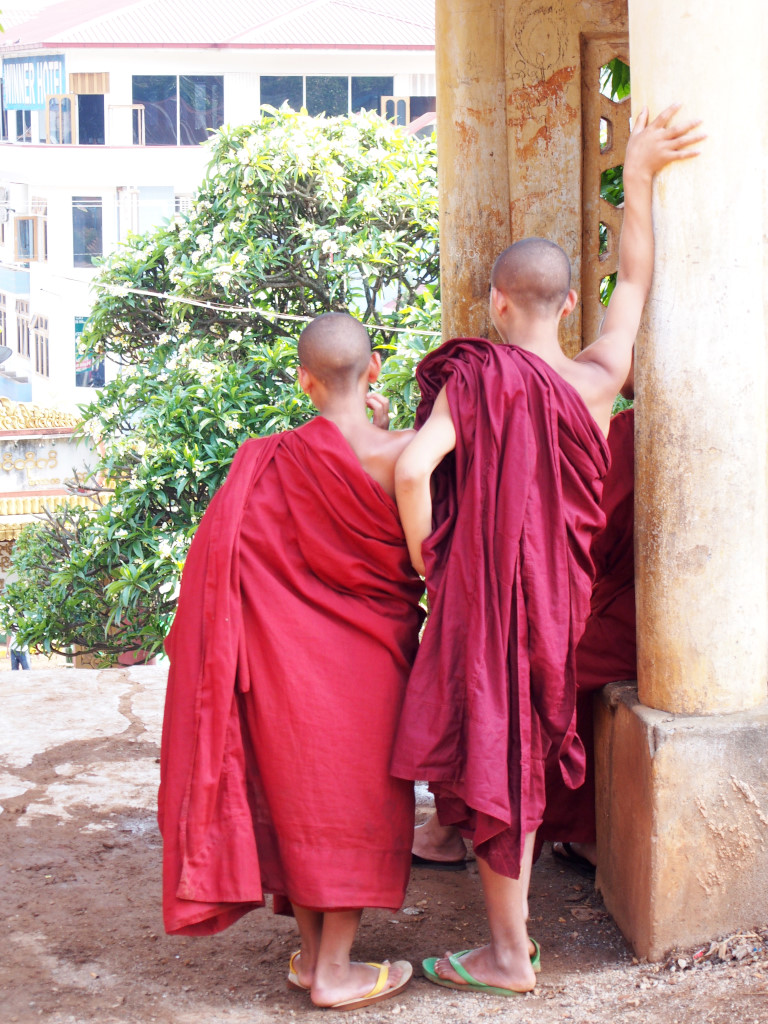 At the roadside food stands, a curious mix of Muslim and Buddhist locals offer and consume the typical rudimentary Shan dishes in a convivial setting. The crowds are fully engrossed in the traditional Burmese music ensembles vying for honours on the stage that had been holding the youth’s rapt attention with far more lively contemporary versions of guitar rock and post-punk through the course of the day. 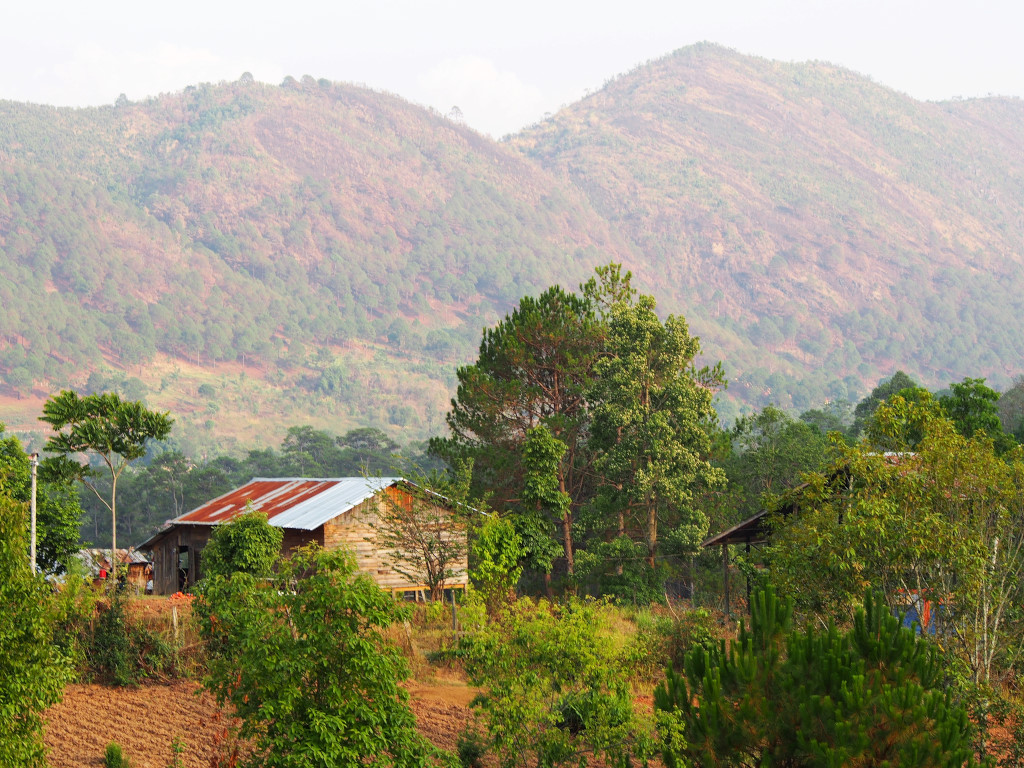 I wonder how many years longer the emaciated young hipsters clad in reverse baseball caps, spiky dyed coiffures, aviator glasses, studded jean jackets and sagging matching pants will feel enthusiastic for this kind of music as much as it momentarily seems to hold their attentions.

Having ingested the modest slice of Thingyan evening entertainment, perhaps it is time for me to return to the hotel and put my musings to paper. The circus has been lucky on this last night of its operation, the thunder rumbling overhead as the last roaring of the motorcycle engines has barely died down, and shortly thereafter the skies erupting with torrential rains, a suitable conclusion to the Thingyan festivities.